Bots and artificial intelligence dominated CES 2017 and they’ll be riding shotgun in your car perhaps much sooner than anyone expected. While they promise to help with directions, movie tickets, and restaurant reservations, they also run the risk of becoming the most annoying backseat drivers — ever.

Voicebots continue to show up in surprising places and serve unexpected needs, often with unexpected results. There was the 6-year-old girl in Dallas who ordered a $170 dollhouse and 4 pounds of cookies using an Amazon Echo. A San Diego television news anchor reported the story on air which then triggered orders from viewers with similar devices. Then there was the pair of Google Home devices which argued, insulted, and fell in love with each other. On a more somber note, an Amazon Echo recorded a murder.

These instances of overlapping, eavesdropping voicebots — while amusing, provocative and scary — highlight the continuing need for security, privacy and auto-recognition protocols.

P.S. Please enjoy this video of 6-year-old Brooke Nietzel explaining how she ordered a dollhouse and cookies with her family’s Amazon Echo. 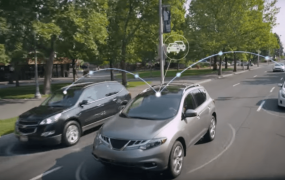 Microsoft wants to build the city of tomorrow, starting with cars

Forget what you know about autonomous cars for a moment. In the future, that’s only one small piece of the puzzle. The real money is on data-driven cars, a vast array of connected vehicles that feed rich data to a central server in hopes of improving more than just traffic flows. We’ll save time in […] 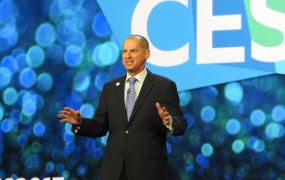 CES 2017 was set to be the biggest so far, with more exhibitors, products, and visitors than ever before in its 50 year history. But one signal sparked my interest above everything else: increasing focus on how technology brings value over technology per se. It was hard to find anything not labeled “smart” or “intelligent” this […] 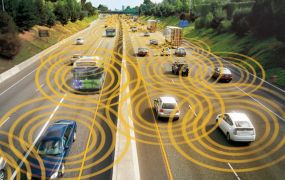 We were driving at a normal speed in a parking lot in Las Vegas. A sensor in an old and boring minivan was connected to a receiver located on a traffic light, which was also in the trunk of another minivan. The driver was speeding along, glancing down at a display. The car slowed ever […] 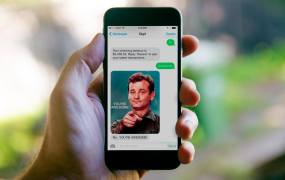 Digit, a bot that automatically draws money into a savings account, is now available on Facebook Messenger. Since Digit bot was created in 2015, it has helped its users save $250 million, the company says. To use Digit, connect the bot to your checking account. The bot then takes out money each day and places it […] 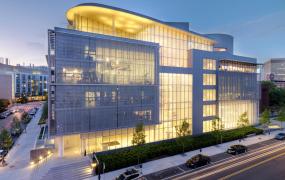 LinkedIn cofounder Reid Hoffman, Omidyar Network, and John S. and the James L. Knight Foundation have today joined forces to create the Ethics and Governance of Artificial Intelligence Fund. The research fund will focus on AI for the public good and will bring a more diverse range of voices, like faith leaders and policymakers, to AI […] 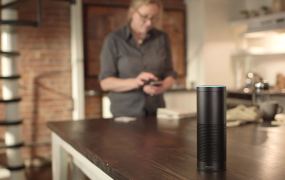 ‘Alexa, are voicebots taking over?’

Over the past year, millions of us have welcomed Alexa into our homes. Ever since the launch of the Amazon Echo, consumers have flocked to voice-enabled devices — and it’s no surprise that dozens of companies dipped their toes into audio-based experiences at CES 2017. Looking at this year’s CES lineup, it’s clear we’ve reached an […]

Amazon’s Alexa is everywhere at CES 2017

Amazon isn’t at CES in any formal capacity, but once again, it seems to be everywhere thanks to Alexa. Since opening up its voice assistant to other companies’ products, we’ve seen it put in all types of gadgets and gain some strange integrations. And at CES this week, the continuation of that is one of the biggest trends we’ve seen. (via the Verge)

Last year was big for bots, as the popular definition of the software application shifted in the public’s understanding. Previously, many of us had heard the term “bot” only in the context of the search engine. Search bots like the Googlebot crawl the web, methodically cataloging its content. This year a whole new class of bots showed up—social bots that can converse with human beings and carry out tasks like taking pizza orders, booking travel, or just chatting. (via Fast Company)

NHS patients will be assessed by robots under a controversial 111 scheme to use “artificial intelligence” to ease pressures on Accident & Emergency units. More than one million people will be given access to a free app which means they can consult with a “chatbot” instead of a human being. (via The Telegraph)