Few people picked up on one of the most interesting things that David Marcus, head of Facebook Messenger, said at TechCrunch Disrupt in September. In an offhanded comment, Marcus noted that users could book airline tickets and hotels through Hipmunk’s new chatbot and that the experience was “pretty close to having a native app, and definitely better than mobile web.”

Just think about that for a second. Facebook launched its chatbot platform in April — around the same time that we opened our Bot Shop. This generation of chatbots has only been around for about eight months, but in that short time they are already starting to surpass the mobile web. In some cases they may even be approaching the quality of mobile apps, which have enjoyed an eight-year head start.

If you pay attention to the lessons of history, this evolution would be no surprise. We’ve been saying for a while now that chat is the new browser and bots are the new websites. What happened in the early days of the internet showed how simple but low-friction solutions can surpass what came before them.

The first websites were basic. In many cases, they were nothing more than blocks of text on patterned wallpapers. Seeing this, many critics concluded the internet was good for research papers and not much else. Yes, in the late 1990s, the dotcom boom got people overexcited, but in the internet’s earliest days, some commentators thought the whole thing would fail. Their skepticism was understandable. Here’s what the White House’s website looked like in 1994: 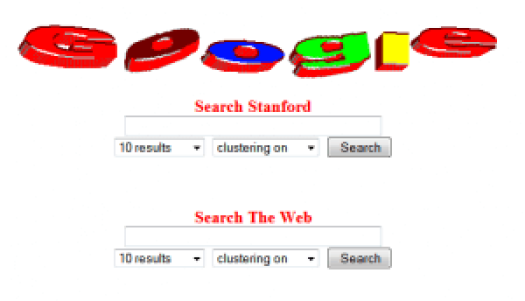 But then websites did something important: They got better.

Websites had a friction advantage over PC apps — you didn’t have to go to a store, find a CD, and bring it home to set it up on your PC. You just typed in a URL. So developers spent time working on websites, and browsers added functionality to support richer and richer experiences. Tools like Joomla and WordPress came along to make it easier to build websites. They soon got media players, then movable modules, and, later, dynamic content through Ajax, HTML5, and a myriad of other new technologies. Websites got better and better. Today, they’re essentially indistinguishable from native PC apps and a lot more popular.

Chatbots today are where websites were in the mid-1990s. They’re basic, but they have a fundamental friction advantage. And they will get better and better, until they’re indistinguishable from native apps.

Using a mobile app for the first time is a pain. First, you have to find the app you want; then you wait for it to download; and then you register your account. Having spent several minutes to reach that point, you then still have to learn how to use it — “Where do I actually go to order the food again?” — all for an experience you may never even come back to.

A chatbot, by contrast, is immediately accessible. You can start chatting with it by scanning a code, typing in a username, or tapping a link. With one tap, you give it permission to access your account. Then, because the interaction is just a conversation, you immediately know how to use it. The entire process takes seconds instead of minutes. There’s no download, no account creation, and no learning curve.

Hipmunk’s chatbot today might not provide as rich an experience as its mobile app, but that won’t be true forever. As the ecosystem for chatbots grows, they will only get better.

Already there have been some key advances. For instance, people are starting to understand that suggested responses — which allow people to tap an option rather than type a word — are better than a blank field for taking commands. Chat codes, like Kik Codes, and web bubbles (we call them “wubbles“) are becoming standard. And sharing options like invites and mentions help bots spread virally.

But there are some key pieces yet to fall into place. In their current iteration, chatbots on Kik and Facebook Messenger have been around for less than a year. At the same point in the history of mobile apps, Apple hadn’t even introduced in-app payments. Its App Store was dominated by fart apps. Today’s chat platforms have allowed developers to build bots and grow an audience — on Kik, for instance, Roll, DisOrDat, and Tickers the Bot have all reached a million users — but they’re only just starting to think about helping those developers make money. Facebook is testing payments for Messenger chatbots as part of an invite-only beta, and others will no doubt soon follow suit.

Once payments become a normal part of the chatbot ecosystem, interesting things will start to happen much more quickly. Incentivized to build and host better bots, platforms and developers will come up with new development tools, and bot features will get richer. More people will start using chatbots for everything from having fun with friends to paying bills to ordering pizza to setting the thermostat at home. As 2017 rolls on, chatbots will approach their App Store moment.

The definition of a great platform is that it allows you to do something that wasn’t possible before. For the PC, it was the idea that you could take computing home. For the web, it was the ability to find information from anywhere. For mobile, it was being able to take computing with you.

For chatbots, it is their ability to instantly interact with the world around you: people, services, and things. We’re already seeing the power of this in China, where Tencent’s WeChat has established itself as a universal app for communication, media, and commerce. Today, WeChat, via Tenpay, accounts for 40 percent of all mobile payment transactions in China. Just three years ago, that figure was almost zero.

Chatbots today may be basic, but the history of the internet shows how they can become a more powerful force than the early evidence might otherwise lead us to believe. The evolution of the next great platform has begun. 2017 will be an exciting year.