At the Microsoft Build developer conference in Seattle, Cheetah Mobile showed off the international version of CM Translator, a top-selling handheld AI translation device in China. CM Translator is powered by AI technology from Microsoft Azure Cognitive Services, including machine translation and neural TTS capabilities, as well as Automatic Speech Recognition from OrionStar.

Set to release later this month, CM Translator features a “One Click, One World” single-button design. Cheetah also said it has a long battery life with 180 days of standby time and 24 hours of continuous use per charge. It supports six languages: English, Spanish, Chinese, Japanese, Korean, and Thai.

“CM Translator has been a huge hit in China, so we’re thrilled to bring this handy device to international customers, starting with the U.S.,” said Solomon Lee, vice president of AIoT at Cheetah Mobile, in a statement. “CM Translator’s one-click to translate feature makes it a must-have accessory for overseas travelers and multi-lingual families.” 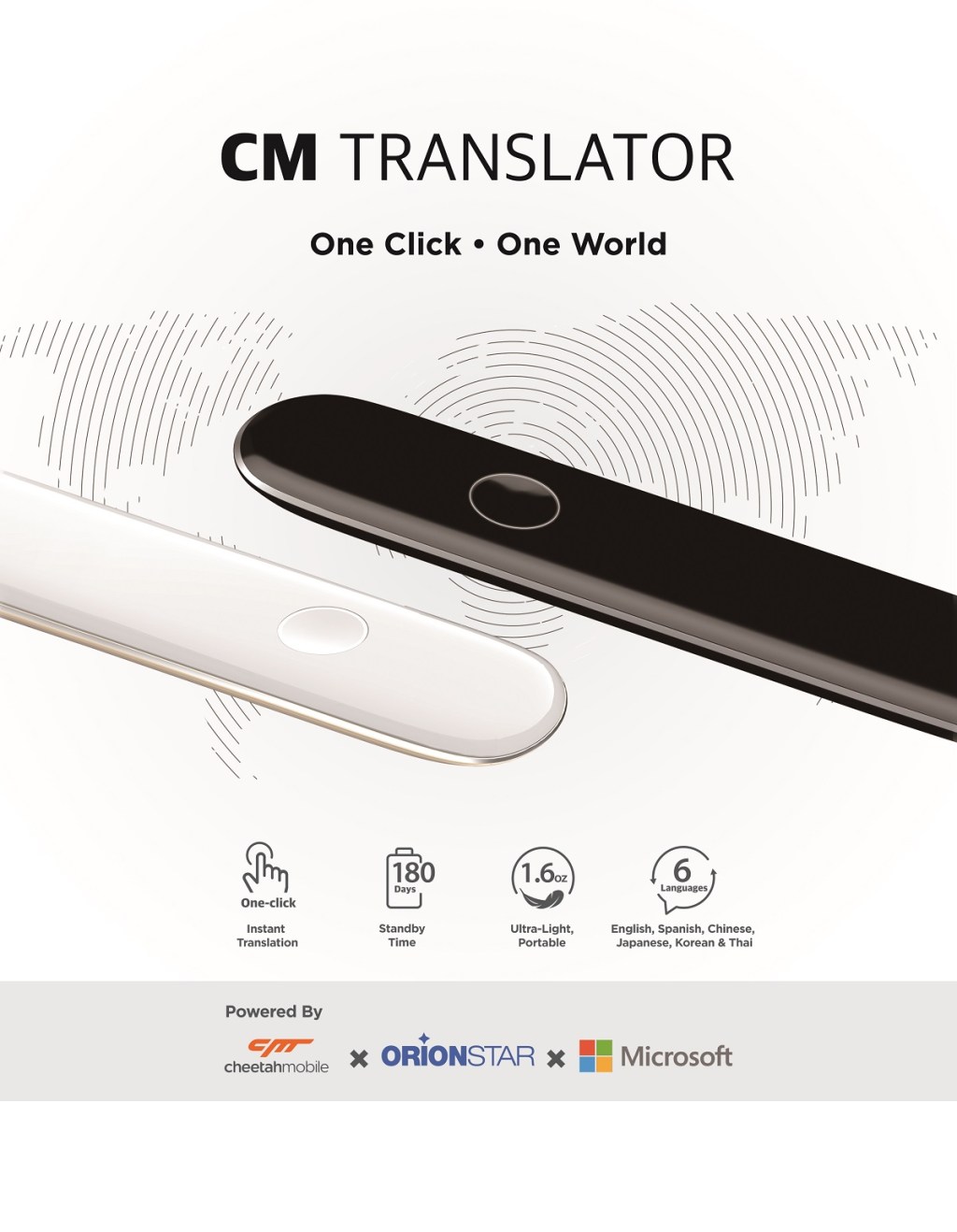 “Azure Cognitive Services is proud to work with partners like Cheetah Mobile to bring our industry-leading translation and speech services to customers around the world. CM Translator is an example of how Azure Cognitive Services opens up new ways of easily communicating across language and culture,” said Xuedong Huang, technical fellow for cloud and AI at Microsoft, in a statement.

Attendees of Microsoft Build 2019 can visit the Azure Cognitive Services booth for a hands-on demo of the international version of CM Translator.

The international edition of CM Translator will retail for $130 when it launches later this month. The translator is available for previews at select B8ta stores.