Artificial intelligence is no longer the sole domain of tech companies like Google, Facebook, IBM, and Amazon. Recognizing the potential of exponential technologies like AI and bots, creative agencies like Ogilvy and consulting firms like McKinsey and Accenture now proudly feature AI departments.

The message to brands executives is clear: understand and leverage trends in automation and artificial intelligence, or perish.

According to McKinsey’s Michael Chiu, “As many as 45 percent of the activities individuals are paid to perform can be automated by adapting currently demonstrated technologies. In the United States, these activities represent about $2 trillion in annual wages.” Andrew Ng, chief scientist at Baidu and Stanford professor of machine learning, puts it this way: “If a typical person can do a mental task with less than one second of thought, we can probably automate it using AI either now or in the near future.”

Breakthroughs in deep learning have driven major advances in machine perception. Computers can now reliably detect and classify objects in images and video, transcribe and translate speech as well as humans, and even generate art, music, and movie soundtracks. 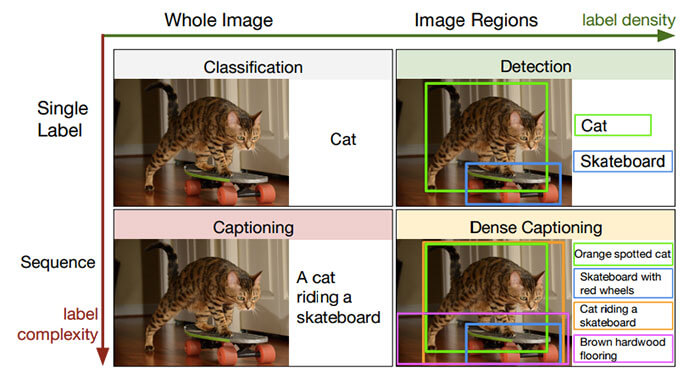 Last year, Salesforce acquired an AI startup called MetaMind to integrate into Salesforce Einstein, to automate many sales, CRM, and ERP processes for your business.

AI does not have to be elusive

The type of A.I. that appeals to investors is not necessarily the same that enterprises will buy. Investors look for 100x returns on capital, so they heavily scrutinize a founding team’s technical pedigree, industry expertise, margin defensibility, and broad market potential.

On the other hand, “executives don’t need (or want) a lesson in computer science, they want to know how this technology can be used as a tool to help them achieve their business goals,” points out Ophir Tanz, CEO of GumGum. GumGum is an applied vision company that has partnered with Fortune 100 brands to curate visual content and optimize brand marketing since 2008.

Tanz highlights just a few of the many applications of computer vision for brands: “Retailers can leverage visual search and increase revenue through shoppable imagery; sports teams and rights holders can deliver more accurate valuations of broadcast and social exposure; social media can be scoured and activated like never before.”

Normally when brands sponsor major sporting or social events, they can’t easily calculate the earned media lift or the ROI on their investment. GumGum’s vision technologies can identify when brand logos have appeared in social media images or sports videos, making such calculations possible.

While the technical expertise required to successfully strategize for and implement AI technologies for major brands may seem daunting and out of reach, partners like GumGum combine industry expertise, full-service agency services, and AI expertise to help brands ramp up.

Zachary Jean Paradis, vice president of customer experience at SapientNitro, has helped brands in industries ranging from financial services to CPG get started with their AI strategy. He emphasizes to his clients that AI is “not a single thing, but rather a series of methods and technologies that allow you to mimic human intelligence.” The key question to answer is “what intelligence am I trying to mimic?”

His recommendation to brands is to start with offerings from foundational mainstays like Google, Microsoft, IBM, and Salesforce and then layer in specific vendors, such as Cycorp and Luminoso, for natural language understanding or Clarifai and Sentient for computer vision. In many cases, brands can minimize the amount of bespoke code they need to write.

AI is not a silver bullet

As transformative as AI is for many industries, the technology is not magic. One mistake non-technical brand executives make is to “assume that artificial intelligence is some kind of silver bullet,” according to Ryan Detert, CEO of Influential. “Some executives think AI is a sentient being, like in Terminator. They ask if it can think and tell them what to do. We have to explain that AI is simply a better way to turn data into actionable insights.”

Such misconceptions are not necessarily the fault of the executives. Many startups capitalize on the knowledge gap in AI to hype up marketing fluff such as “executive brains” that can “predict the future” and “automatically increase revenue.” No wonder executives are confused about what AI can and cannot do.

Detert and his team help brands improve the performance of sponsored social media posts by matching campaign and brand content to the right influencers based on personality, context, and timing. Normally, sponsored posts by influencers suffer from a 20 to 30 percent drop in engagement rates. By leveraging AI powered by IBM Watson, Influential is able to instead drive gains of 20 to 30 percent across ad recall, positive sentiment, social engagement, clickthrough rates, and ROI. The key industries that benefit from this targeted influencer marketing are consumer product goods (CPG) and entertainment businesses.

It’s not that hard for developers to leverage Watson’s cognitive services, but non-technical teams without the requisite software development, data science, or machine learning capabilities are often mystified by the process. “Due to lag of time and the ever-moving landscape, most corporate companies move slowly,” Detert notes.

In the cost-benefit analysis of whether to build or buy, enterprises typically move faster with an experienced vendor or consultant. After all, if McKinsey has to write guides to teach executives the basics of software development, perhaps fast-moving technology projects are best managed by experts.

AI does not have to be expensive or onerous

Building competitive AI from the ground up requires expensive specialized talent and volumes of proprietary structured data. Luckily for most brands, this is not yet necessary.

Many brands, like Disney, Uniqlo, and the New York Times, have successfully experimented with chatbots on Facebook, Slack, or Kik, while others have dipped their toe into voice-based technologies by releasing Alexa Skills for the Amazon Echo.

While the tech industry does not perceive brand usage of mainstay vendors as “real AI,” such experiments nevertheless solve important business problems and are essential for executives to stay educated and competitive in digital.

In the liquor and spirits industry, companies are legally required to put up an age gate to protect minors from digital content. No matter how much you optimize the birth date input form, manual input by users leads to massive drop-off rates, particularly on mobile. 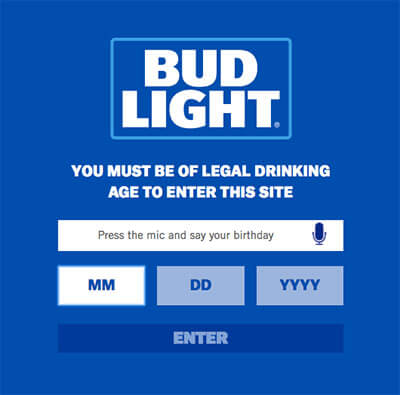 That’s why Anheuser-Busch, the world’s largest beer producer and the company behind Budweiser, implemented a voice input option alongside the regular form. In testing, these new designs improved the consumer experience and conversion rates. In development, the technology needed to proactively handle misspoken or misunderstood words while also equating “December 23rd 1994” to “23rd of December 1994” and many other permutations.

According to Lucas Herscovici, vice president of consumer connections of Anheuser-Busch, the company was able to go from idea to implementation in less than 3 months. The bulk of the time was spent validating with legal and compliance and negotiating with vendors, while the actual technical integration took less than 3 weeks.

“When we first introduced websites, they were a train-wreck. They didn’t work well technically or design-wise,” Paradis reminds us. Similarly, “AI is in a young adult, awkward teenage phase. Some technologies will do very well out of the box, some will be a challenge.”

From C-suite executives to front-line managers, business leaders will need to identify where AI can and cannot make an organizational impact and continuously “prototype, prototype, prototype” in order to “raise their AI IQ,” in Paradis’ words.

McKinsey estimates that the benefits of implementing the right automation and AI technologies can be 3 to 10 times the cost. Thus, “the ability to staff, manage, and lead increasingly automated organizations will become an important competitive differentiator.”

AI will not cost-cut you into leadership

As with any technology wave, there are leaders and laggards in AI. Paradis of SapientNitro observes that “the single industry that’s leading end-to-end is financial services.” Companies he’s worked with in the space are leveraging AI and bot technologies for customer engagement, process automation, fraud and risk mitigation, business analysis, and improved executive decision making.

Not all industries have seen the same benefit. “In telecom, we’ve seen the introduction of chatbots, but they didn’t perform to the level that was expected,” Paradis says. Similarly, he sees challenges for consumer packaged goods (CPG) and quick-service restaurants (QSR).

CPG brands are challenged not just by AI, but by competing in an era driven by customer experience when they don’t own many of the customer touch points. Many of them own the marketing experience, but not the retail experience, which means they are missing critical purchasing behavior about their products. At the same time, many retailers are introducing private label products that are directly competitive.

CPG products are also generally too simple to turn into connected products. Adding sensors or Bluetooth connectivity would make their products prohibitively expensive without adding much utility for consumers. While companies like Google and Facebook generate petabytes of data from their consumers’ every move, CPG companies are in the dark with consumer usage data.

AI can still be used by CPG companies to improve marketing insights and strengthen product innovation pipelines, but the data gaps across the industry “make application of data and AI very limited,” says Paradis.

The same applies to QSRs, which have historically been slow to collect the requisite data to power AI initiatives. Many QSRs such as McDonald’s are cash-driven businesses, making consumer purchasing trends harder to track.

Self-service kiosks can close inefficiencies and reduce costs, but “AI will not cost-cut you into leadership,” warns Paradis. Instead, companies need to radically rethink how AI can free up humans to deliver on the highest value activities.

“The majority of sales of McDonald’s in Europe go through a kiosk. There’s only a single pay register,” Paradis says. “But there are hosts and hostesses to welcome you at the door, walk you to the kiosks, explain your menu options, and bus your table. Instead of eliminating humans, McDonald’s can deliver a more amazing experience.”