Do bot metrics change over time?

One question that still comes up after 2.4 billion messages at Dashbot is around buttons versus free-form communication, especially as platforms add more app-like functionality.

We first wrote about this after processing 70 million messages.

Let’s take a look at the latest insights.

A guy walks into a bar… and clicks ‘hi’?

The beauty of conversational interfaces is they enable users to communicate naturally in free form — to say what they want from a chatbot, and what they think of a chatbot, in their own words and voice. It’s the natural evolution of human-computer interaction.

Limiting the functionality in this medium to just button clicks can have a negative effect on user experience.

Looking at the first three months of the year, we see an even more pronounced dropoff. The average percentage of messages across chatbots that are buttons and quick replies rose to about 50 percent. Chatbots with higher percentages tend to experience significantly less engagement.

Where is chatting more popular?

Some categories tend to have significantly higher engagement with free-form communication over buttons.

Social makes the most sense — if you’re making a social chatbot, including dating chatbots, it’s better to allow free-form communication. Chatbots that skew more heavily to buttons in this category have significantly less engagement. In fact, for chatbots with button and quick reply percentages less than the average, the sessions per user per month are about 11 times greater than for chatbots with buttons and quick replies above the average.

When are buttons more popular? 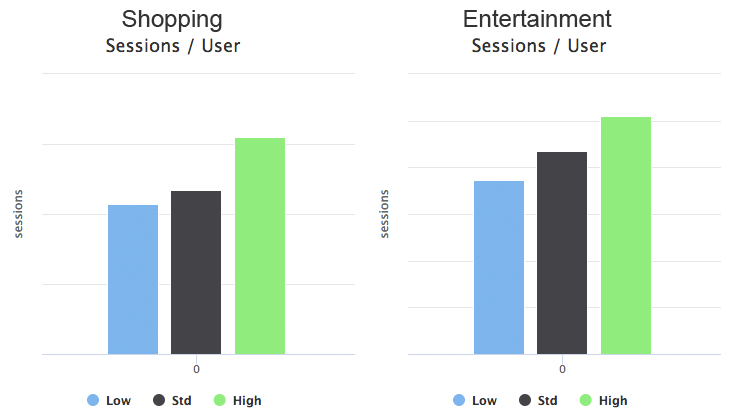 It’s important to monitor the usage of your bot — reviewing the analytics can help you increase user engagement and retention.