Terms of the deal were not disclosed, but this is only the fifth known acquisition in Imperva’s nearly 20-year history.

Founded out of Arlington, Virginia in 2011, Distil Networks operates in a subdomain of cybersecurity known as bot management that seeks to identify whether traffic arriving at a website or app emanates from a human or a machine. Ultimately, it’s all about thwarting automated attacks, which can be used at scale by hackers and fraudsters to infiltrate online accounts and generally wreak havoc.

According to Forrester’s Bot Management, Q3 2018 report, bot management will eventually become “the predominant application defense,” and there has been enough activity in the space of late to indicate that cybersecurity companies are gearing up accordingly. In January, bot mitigation companies ShieldSquare and Unbotify were snapped up by Radware and Adjust, respectively. And in February, San Mateo-based PerimeterX raised $43 million to expand its Bot Defender technology. Other notable players in the space include Cloudflare and Oracle’s Dyn.

Distil Networks has raised around $60 million since inception from backers such as Techstars, Foundry Group, Bessemer Venture Partners, and Silicon Valley Bank.

“Bots are an evolving attack vector that has become a threat to all organizations, no matter the size or location,” noted Distil Networks’ CEO Tiffany Olson Kleeman. “Today’s announcement serves as a testament to the ingenuity and dedication of Distil Networks’ team over the past eight years to solve this problem for our customers.” 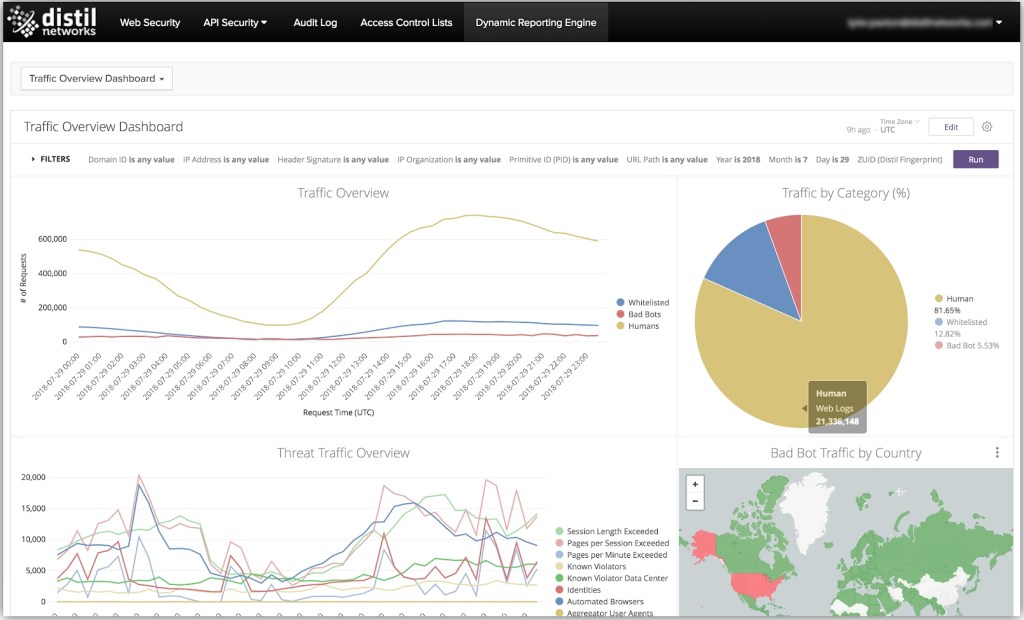 Imperva supplies a range of cybersecurity products covering web application firewalls (WAF), DDoS protection, threat intelligence, attack analytics, and more. The company predates the modern cloud era, but it has doubled down on efforts to expand beyond on-site datacenters. Several years back, it snapped up Skyfence and two other companies to help protect data stored in cloud-based services. And last year Imperva acquired Prevoty, a security startup that monitors and blocks attacks inside application stacks.

When the deal closes, Imperva said it plans to integrate Distil Networks into Imperva’s existing bot management product “to deliver complete protection for applications and APIs,” according to a statement issued by the company.

While Imperva does already offer some bot protection through its WAF security products, WAFs are generally designed to block known or familiar threats, rather than real-time sophisticated attacks from bots mimicking human behavior. And that is the hole Imperva hopes to plug with its Distil Networks acquisition.

“Distil Networks is a globally recognized leader in automated attack mitigation, and this deal perfectly aligns with our vision of delivering best-in-class cybersecurity solutions that protect businesses throughout their cloud journey,” added Imperva CEO Chris Hylen. “Distil Networks gives us a comprehensive bot management solution that identifies, responds to, and manages a full range of automated attacks no matter where these applications or APIs are deployed.”