The BlackBerry Advanced Technology Development Labs (BlackBerry Labs) will “operate at the forefront” of cybersecurity R&D, according to BlackBerry. The unit will be spearheaded by BlackBerry chief technology officer (CTO) Charles Eagan, who will lead a team of 120 researchers, security experts, software developers, architects, and more.

Machine learning will be a major focus at the start, with BlackBerry exploring ways to leverage AI to improve security in cars and mobile devices, among other endpoints in the burgeoning internet of things (IoT) sphere.

“Primarily, the purpose of this new division is to integrate emerging technologies into the work we’re currently accomplishing,” Eagan told VentureBeat. “We’re now looking at applying machine learning to our existing areas of application, including automotive, mobile security, and so on. As new technologies and threats emerge, BlackBerry Labs will allow us to take a proactive approach to cybersecurity, not only updating our existing solutions, but evaluating how we can branch out and provide a more comprehensive, data-based, and diverse portfolio to secure the internet of things.”

Though the new cybersecurity R&D business unit is now operational, the lab space itself — which will be based at the company’s operations center in Waterloo, Canada — is still being built.

BlackBerry’s transition from phonemaker to a company specializing in software and services is well documented, though its brand still lives on some smartphones through a licensing deal. The company never quite recovered from the dawn of the modern smartphone era, when its shares spiked at nearly $150 in mid-2008 (when it was still known as Research in Motion) before dropping by around two-thirds in the space of six months. It’s worth noting that this reversal of fortune roughly coincided with Apple’s iOS and Google’s Android starting to gain a foothold.

Over the past eight years, BlackBerry’s shares have hovered at around the $10 mark, and last week they fell to a four-year low after the company missed its Q2 revenue estimates with a net loss of $44 million — due in part to weak enterprise software sales. Today, BlackBerry’s focus is on the B2B realm, where it offers software systems for the automotive industry, including infotainment and autonomous vehicles, as well as medical devices, industrial automation, and more. Many of these applications seek to address security concerns — safeguarding connected devices in a world full of threats — and BlackBerry is looking to reinvent itself by leveraging AI and machine learning.

“The next generation of connected products [is] going to come online sooner than we think, and we’re going to use machine learning to better understand and manage the policies and identities of these connected devices,” Eagan explained, “to create a safe environment that will allow us to collaborate better, faster, and smarter across great distances and in all areas of application.” 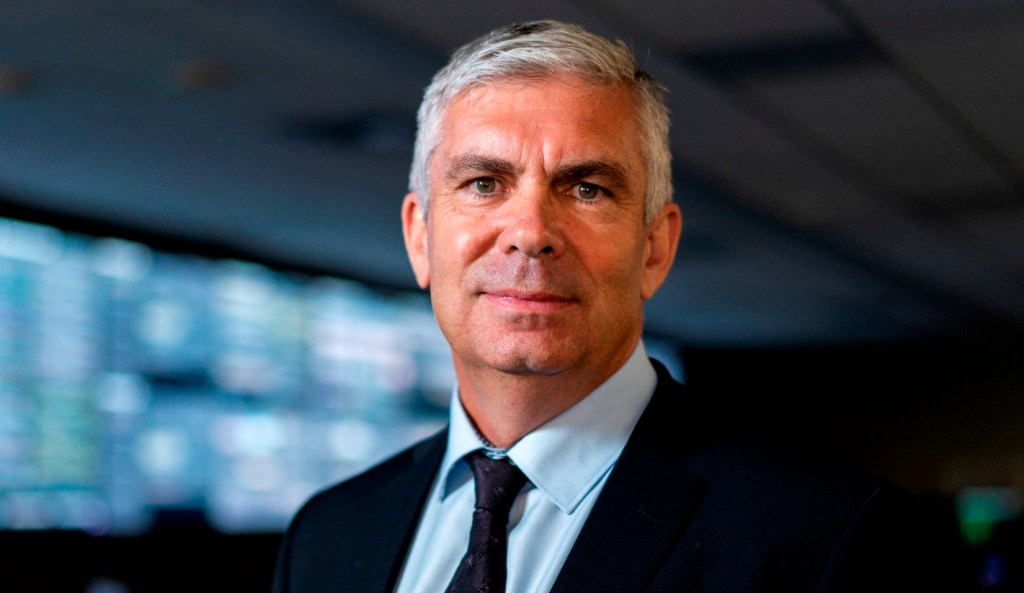 Last November, BlackBerry announced it was buying AI-powered cybersecurity startup Cylance for $1.4 billion, with the deal closing in February. In a nutshell, Cylance is an AI-powered endpoint protection platform designed to prevent advanced threats such as malware and ransomware.

The Cylance acquisition was entirely in line with BlackBerry’s effort to become “the world’s largest and most trusted AI-cybersecurity company,” as CEO John Chen put it at the time. The deal was all about securing endpoints for enterprise customers and was specifically designed to boost BlackBerry’s enterprise-focused IoT platform Spark and its UEM and QNX products.

The integration of Cylance into BlackBerry’s core product is expected to be complete in early 2020. And the new cybersecurity unit is effectively setting a foundation on which Cylance — or BlackBerry Cylance, as it’s now known — can flourish.

“Primarily, my role [in BlackBerry Labs] is to make sure that we’re making the most of the Cylance acquisition and that we have connectivity between all the different business units,” Eagan said. “We’re really focusing on the importance of integrating BlackBerry Cylance’s machine learning technology into BlackBerry’s product pipeline. However, it’s not just about creating an ecosystem of machine learning-based solutions, but rather smartly and strategically adopting machine learning into the work we’re accomplishing each day. My role is primarily helping to bridge the different teams and create this connectivity and cross-pollination between the various business units.” 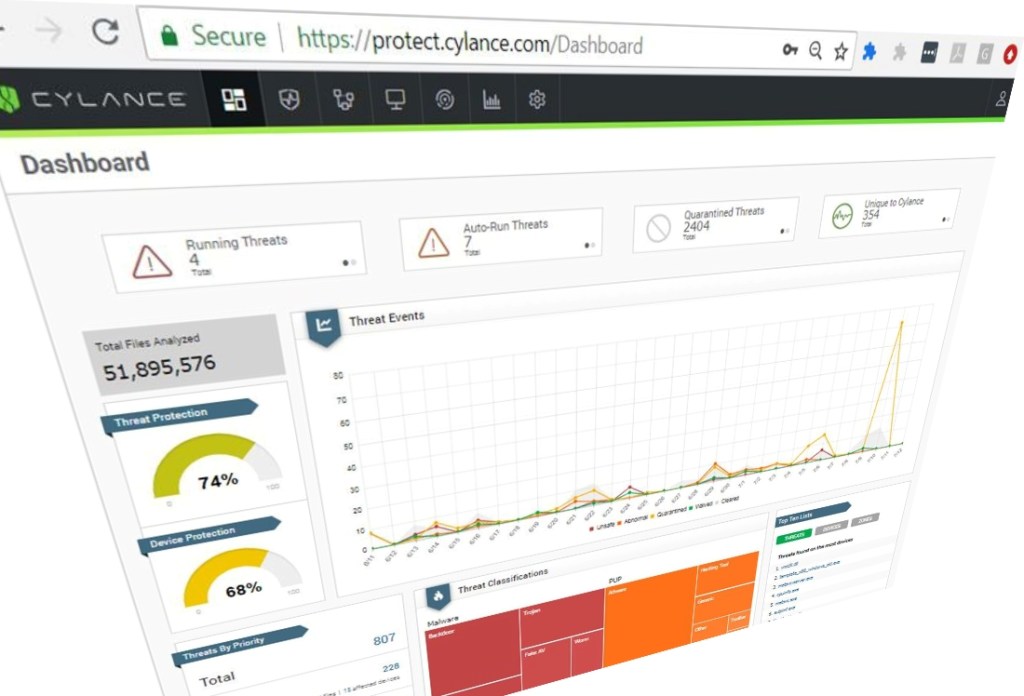 Barely a day goes by without some form of data breach, hack, or security lapse hitting the headlines, in part due to the growth of cloud computing and connected devices. And the growing threat presented by the sheer number of connected devices permeating homes and offices has created an opportunity for companies that offer tools to protect these various endpoints. The global cybersecurity market was reportedly worth around $152 billion in 2018, and it’s expected to grow to $250 billion within a few years.

Endpoint protection is a hot area in cybersecurity, with the likes of CrowdStrike recently hitting the public markets with a bang, SentinelOne closing a $120 million funding round, and Shape Security raising $51 million at a $1 billion valuation as it prepares for its own IPO. There are a number of bigger players in space too, of course, including Microsoft, Cisco, Intel, Trend Micro, and many others. And it’s against this backdrop that BlackBerry is trying to reinvent itself by investing in new cybersecurity technologies.

“BlackBerry Labs is an intentional investment into the future of the company,” Eagan said, noting that initial personnel estimates for BlackBerry Labs quickly escalated from 20 to 120. “The investment of the people we’ve put into BlackBerry Labs is significant, as we’ve handpicked the team to include experts in the embedded IoT space with diverse capabilities, including strong data science expertise.”

Notably, BlackBerry is also setting up dedicated hardware labs at its offices in Waterloo and Ottawa, where BlackBerry Labs personnel can test new products. Eagan also said the company is looking to partner with six universities on some of its R&D efforts.

In the more immediate term, Eagan said BlackBerry Labs will focus on automotive-based applications for machine learning in cybersecurity, particularly relevant given the expected growth of connected cars in the coming years. The connected car market was pegged at $63 billion in 2017, a figure that could rise to more than $200 billion by 2025.

With CES 2020 on the horizon, Eagan said BlackBerry will be using the annual Las Vegas tech extravaganza to demonstrate how its machine learning smarts can improve security in connected cars.

“As vehicles become connected, we need to ensure a cybersecurity operations center is running diagnostics within the car at all times to facilitate a monitored environment,” Eagan explained. “This is something BlackBerry Cylance does extremely well, and we’re planning to tangibly bring it into the automotive sector in the upcoming months.” 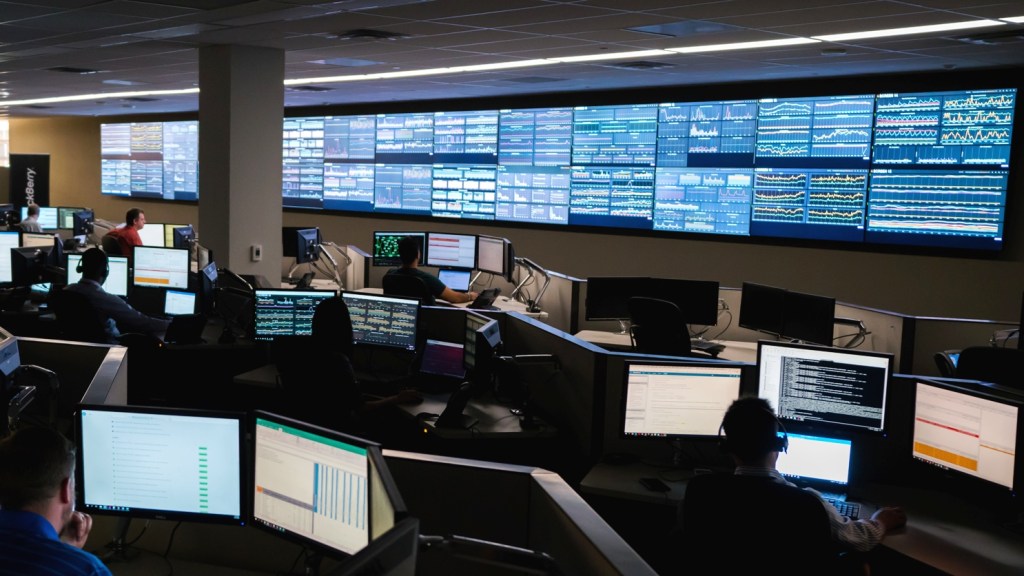 Above: A photo from the BlackBerry Network Operations Center in Waterloo, Canada, where BlackBerry Labs will be located

At a time when every company is effectively becoming a software company, the need to run a watertight ship is greater than ever. However, much has been written about the cybersecurity workforce shortfall and the fact that it isn’t showing any signs of improving, which is why companies are investing in automated tools to circumvent the need for physical hands-on decks.

“As the threat landscape expands, enterprises cannot rely on the same incident reaction-based model that may have been effective in the past,” Eagan said. “They need to scale quickly with solutions that leverage AI to help them prepare for attacks and address vulnerabilities in an automated and anticipatory way — it’s the only way they’ll be able to scale to meet their security needs.”

That said, automation is only part of the solution. Skilled personnel are still very much required, which is one of the reasons BlackBerry shelled out north of $1 billion to acquire Cylance — it was as much a talent grab as a product acquisition. And this combination of cutting-edge technology and top talent could help BlackBerry lure others on board.

“The addition of the BlackBerry Cylance team has given us an influx of talent that has proven a real boon for our company’s plans to better understand and adopt AI-based technology,” Eagan continued. “Implementing and integrating AI-based solutions, like those pioneered by BlackBerry Cylance, is certainly a focus for our team moving forward, but we remain committed to growing and hiring talent that will work alongside automated processes to ensure the best result possible for all users and organizations.”