Datadog, a heavily funded cloud monitoring platform for applications and infrastructure, has acquired under-the-radar French startup Madumbo, which develops an AI-powered web app-testing service. Terms of the deal were not disclosed.

Founded in 2010, New York-based Datadog offers a DevOps toolset that enables developers to monitor everything in their stack, aggregating metrics and events across all of their databases, servers, apps, and more under a single unified view. The company claims some big-name clients, such as Twitter, Sonos, Airbnb, WeWork, Medium, Nokia, Ubisoft, Samsung, and Zendesk.

Founded out of Paris in 2017, Madumbo provides an automated platform that helps companies determine whether a web app is performing as it should. Madumbo’s bot checks for errors using code run from a real browser, meaning it should be able to detect the same issues end users experience.

As with Datadog’s previous acquisitions, Madumbo is very much a strategic move, as it enables Datadog to offer a more comprehensive cloud monitoring platform — spanning apps, infrastructure, and the end user experience.

“They’ve built a sophisticated AI platform that can quickly determine if a web application is behaving correctly,” noted Datadog CEO Olivier Pomel. “We see their core technology strengthening our platform and extending into many new digital experience-monitoring capabilities for our customers.”

The global DevOps market is expected to grow from a $3 billion industry today to $10 billion by 2023, according to a recent Markets and Markets report. Every company is effectively now a software company, which is why we’re seeing so much activity in the space, spanning mammoth funding rounds, acquisitions, and more acquisitions.

Automation is playing an increasingly big part in all this, as it frees developers from mundane tasks while allowing companies to continuously monitor apps for bugs and crashes. 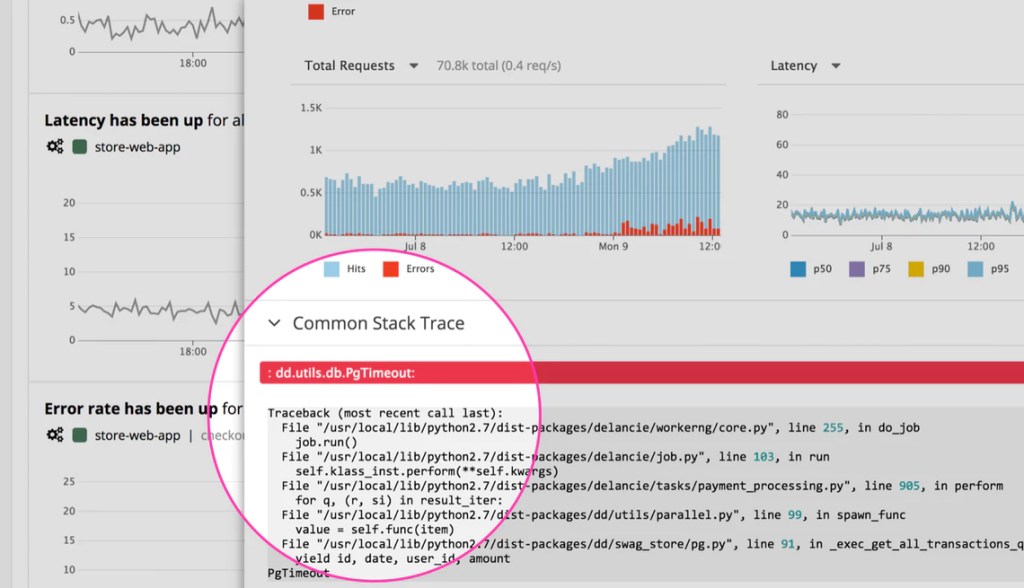 Datadog has raised around $150 million since its inception, including a $94.5 million round back in 2016, led by Mark Zuckerberg-backed wealth management firm Iconiq Capital. Madumbo hadn’t raised any real outside investment, though a spokesperson told VentureBeat the startup received a small grant from the French government, in addition to bootstrapping from friends and family.

Madumbo’s team has already joined Datadog in its Paris R&D office, and we’re told that they are now working on a slew of new products scheduled to launch later this year.

*Post updated 02/14/2019 to clarify that Mortar Data is not an AMP platform, but a data processing and analytics platform