Deduce, a startup leveraging algorithms to fight account takeover fraud, today announced that it closed a $10 million series A led by Foundry Group with participation from True Ventures. The New York-based company says that the round, which brings Deduce’s total raised to date to over $17 million, will support the launch of the company’s latest product, Deduce Insights, a platform that acts as “cybersecurity radar” to give early warning of fraudulent behavior.

Account takeover has become one of the top weapons of choice for fraudsters during the pandemic. Attempted account takeover rates — the ratio of attempted fraudulent logins over total logins — swelled 282% between Q2 2019 and Q2 2020. In 2019 alone, account takeover attacks cost consumers and ecommerce retailers an estimated $16.9 billion in losses. And that number is likely to increase — a 2020 report from Javelin Strategy & Research found that the majority of merchants have weak authentication protocols. 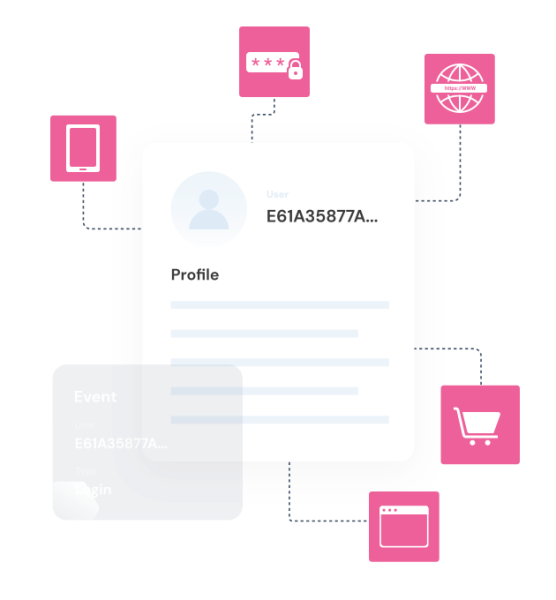 Drawing from over 150,000 websites and 300 million user profiles, Deduce’s platform aims to combat account takeovers, anomalies, and registration fraud by providing real-time analytics, profiling, and scoring based on over a billion daily user interactions. By determining if a user should be granted access to an account at the point of interaction, it’s Deduce’s assertion that it can build trust, verify and protect users, identify fraudulent account changes, and stop purchase fraud and chargebacks.

“Our approach to using real-time identity network data to verify a user is who they claim to be at the point of an online transaction came from their background in advertising technology, which as an industry shares real-time network data as a foundation of what it does,” Jacoby told VentureBeat via email. “Our team realized that a similar approach to sharing data in real time across a large number of websites and servers was a very powerful way to detect and prevent identity-related fraud like account takeover.”

There are a number of companies working in a fraud detection and prevention market anticipated to be worth $62.7 billion by 2028, including Castle, Arkose Labs, Forter, SpyCloud, and Simility. But the Deduce platform’s advantage is that it’s able to detect and see threats across the consumer web before those actors appear on a customer’s website, Jacoby claims.

“We allow enterprises to have a high level of certainty that a user trying to access an account is who they say they are based on deep patterns that emerge from data like point of origin, interaction type, behavior, device type, and parameters like operating system and browser data, fraudulent networks, and suspicious geolocation, to name a few,” he continued. “Our technology, and especially the addition of Deduce Insights, expands the use cases for any company that registers or logs in customers by giving a real-time, AI-driven radar that provides ground truth for determining whether a user is who they say they claim to be at the point of online interaction.”

Jacoby says that pandemic was a “huge” growth driver for Deduce, as it accelerated the shift of work, school, and commerce online.  The 9-employee company saw 3 times revenue growth in 2020 and signed on customers including Untappd, Popular Science, Saveur, and Domino.com.

“On the people side of the business, [the pandemic] changed the way we work as we shifted to working from home, which we’ve decided to stick with, as it’s helped with expanding our potential employee pool for hiring,” Jacoby said. “More people logging in to more accounts saw a surge in fraud … so the need to secure those accounts exploded.”