Deepdub is launching its platform that uses AI to dub voices into videos so entertainment companies can localize content in multiple languages at the click of a button.

The Tel Aviv, Israel-based company uses AI and deep learning to extend and retain audience experiences for entertainment companies at a time when streaming is exploding around the world.

For decades, the entertainment industry has tried to find global markets by dubbing voices into films, games, ads, and TV shows. But it’s a lengthy and expensive process that results in disjointed viewer experiences across formats and languages.

Market analyst firm Statista found that 59% of U.S. adults said they would prefer to watch foreign language films dubbed into English than see the original feature with subtitles. 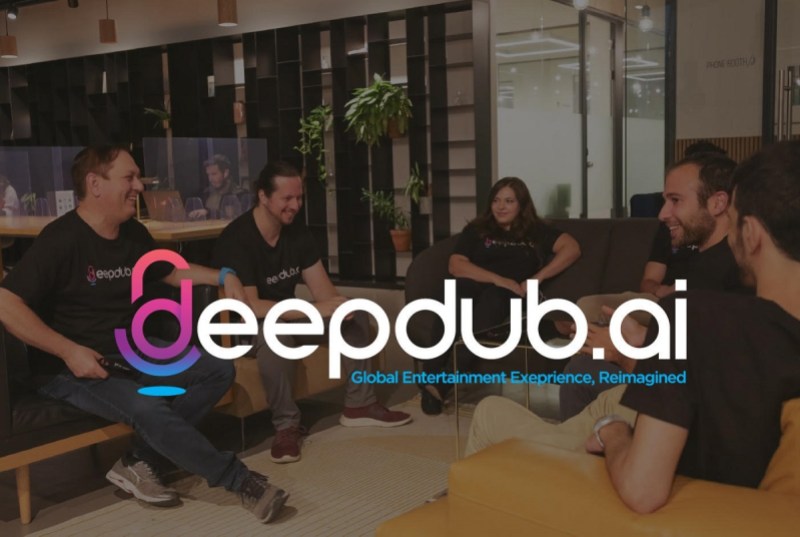 Founded in 2019, Deepdub aims to bridge this gap by driving better audience experiences across film, TV, gaming, and advertising. Deepdub tackles the problem by layering in novel accents while retaining original actor voices across languages. To do this, Deepdub uses synthetic voices based on samples from the actors in one language to form foreign words using that actor’s synthesized voice, even if the actor never uttered those words in another language.

The technology plugs into the post-production process to provide a faster turnaround time at a fraction of the cost of traditional dubbing services.

Deepdub chief marketing officer Oz Krakowski said in an interview with VentureBeat that the company felt its AI and deep learning technology could benefit the entire entertainment industry, saving a lot of time for any kind of screen-based content.

“We provide the entertainment industry with the ability to seamlessly localize content into multiple languages at the click of a button,” Krakowski said. “And we do all that while retaining and expanding the original entertainment experience.”

He said the company is in talks with a bunch of major entertainment companies, from studios to streaming companies.

“The idea is to really plug into the post-production process of content owners and take care of all the localization needs,” Krakowski said. “The importance of driving quality and experiences in the native language is now greater than ever before.” 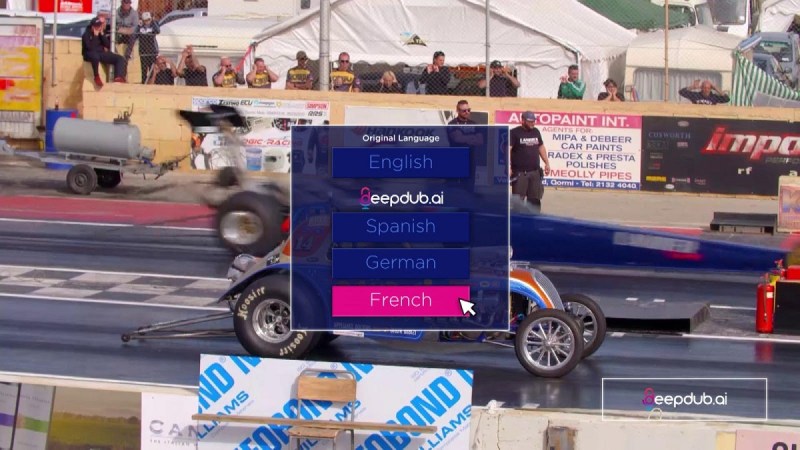 Above: Deepdub can dub 10 languages into a film with the click of a button.

Krakowski said the company can’t yet dub voices in real time, but in post-production it can dub voices into six languages at once. Soon, that will be 12 languages. Normally, it takes two months to dub one language into a movie.

“We use neural networks to split and isolate the voice and replace it in the original track,” he said. “We are trying to match the lip-sync or the lip movement. The overall match can be achieved to a good level.”

Former Fox Television Studios president Emiliano Calemzuk serves on Deepdub’s advisory board. The company was founded in 2019 by CEO Ofir Krakowski and Nir Krakowski. Oz Krakowski joined after it was started. All three are brothers. The company has raised a seed round and has about 10 employees.

“We have seen tremendous progress in the past year,” Oz Krakowski said. “We are focused on entertainment now, but we are planning to expand into gaming and ads. These are big opportunities.”