The duo announced that a pilot delivery program will kick off in San Francisco in “early 2019,” and will involve both meals from restaurants and groceries.

As a century-old automotive giant, GM has been investing big to ensure that it’s not left behind in the big push toward self-driving cars. Back in 2016, GM splashed out more than $1 billion to buy Cruise Automation, a startup that developed an autopilot system for existing cars. In the intervening months, the company has been doubling down on its autonomous car efforts, last year announcing a driverless car with no steering wheel or pedals, with plans to launch the vehicle sometime in 2019.

Elsewhere, GM also revealed that it is investing $100 million into facilities for building self-driving cars, while Honda recently put $2 billion into GM’s Cruise for a 5.7 percent stake.

DoorDash is one of a number of well-funded startups that join the dots between restaurants, transport infrastructure, and consumers. DoorDash has been investing heavily in advancing its operations, helped in large part by a chunky $535 million raise earlier this year from SoftBank, Sequoia, and others. 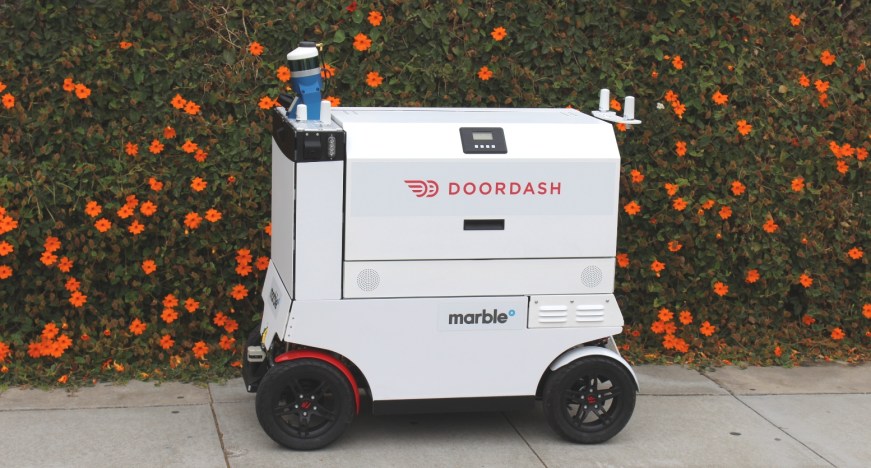 GM and DoorDash haven’t revealed the full extent of the pilot or what the next stage will be, but it did say that “select merchants” that are already using DoorDash in the San Francisco area are on board. The underlying purpose, it said, is to “test and improve” the efficiency of autonomous deliveries in the area.

“We see autonomous vehicles playing a major role in the future of delivery as consumer behaviors continue to shift online, and we are confident Cruise’s leading technology will help us scale to meet growing consumer demand,” noted DoorDash CEO Tony Xu.

We’re only a few days into the new year, but already 2019 is shaping up for more major driverless car developments. Earlier today, Baraja announced a $32 million raise to develop autonomous vehicle lidar technology that leverages more affordable “prism”-like optics, rather than rotating lasers.

While this is the first time that Cruise has tested food delivery in the public, it’s not the first automated car company to unveil such a service. Last June, Nuro, an autonomous car company founded by two former Googlers, announced a partnership with grocery giant Kroger for a pilot driverless delivery program. Autonomous delivery vehicle startup Udelv is also working on a similar initiative.

“Delivery is a significant opportunity for Cruise as we prepare to commercialize our autonomous vehicle technology and transform transportation,” added Cruise CEO Dan Ammann. “Partnering with DoorDash will provide us with critical learnings as we further our mission to deliver technology that makes people’s lives better and more convenient.”