The avatars detect human emotion through the use of sentiment analysis, or understanding the tone in words used by a human. The avatars then respond with emotional reactions like happiness, sadness, shock, disgust, and anger. Ultimately the company wants to use computer vision to read human faces for emotion detection.

Its first avatar is based on the popular chatbot Mitsuku. Created by Pandorabots, the conversational bot is more than a decade old and on multiple occasions has won the Loebner Prize, an annual international competition for convincing humans they are speaking to a human instead of a bot. The avatar is already being used for educational purposes in China, Pandorabots CEO Lauren Kunze told VentureBeat in an email.

Expressive’s emotionally responsive avatars could be generally available to the public by the end of this year, cofounder Jared Peters told VentureBeat in a phone interview, but will launch first with an unnamed health care provider as “digital nurses that interact with patients,” Peters said.

“We think that adding the visual front end adding the Expressive character will actually drive more people to be interested in bots. I think so far the public kind of consumer interest in getting involved with building bots has been limited mostly because, I think, there’s a limit to how intriguing text bots are. So we have some hope that this will expand the bot development marketplace to be more consumer-friendly and more playful and entertainment-based,” he said.

Expressive and its avatars made their debut onstage at MB 2017, a two-day gathering of AI and bot industry innovators being held at Fort Mason in San Francisco.

The company was formed by CTO Angela Field, along with Jared Peters, whose background is in robotics that help children on the autism spectrum learn, and Chris Shaw, who has worked in VR and affective computing since the 1990s.

The Oakland, California-based startup wants its avatars to explore opportunities in live chat, gaming, storytelling, service industries, and advertising. So instead of a Maytag man or Flo from Progressive, a brand’s spokesperson could be an avatar, a way to convey the personality of a brand and maintain connection with an audience. 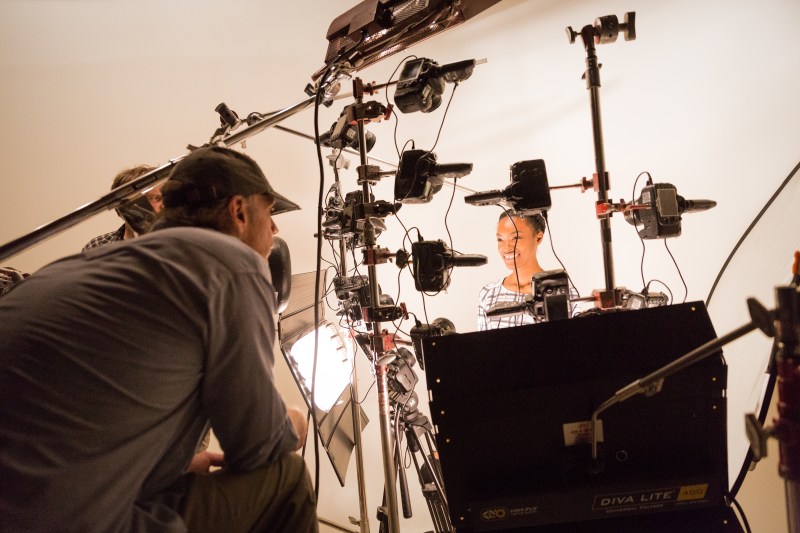