Warehouse automation is a red-hot sector — it’s anticipated to be worth $27 billion by 2025. Attabotics raised $25 million in July for its robotics supply chain tech, and InVia Robotics recently nabbed $20 million to bring its subscription-based robotics to ecommerce warehouses. Meanwhile, in the E.U., supermarket chain Ocado deployed a robot that can grasp fragile objects without breaking them and French startup Exotec detailed a system — Skypod — that taps robots capable of moving in three dimensions. Not to be outdone, commerce giant Walmart last August partnered with Alert Innovation to deploy an autonomous fulfillment system capable of picking and transporting the “vast majority” of grocery items.

Given the enthusiasm, it’s not entirely surprising that one of the segment’s forerunners — Israel- and New York-based Fabric, formerly CommonSense Robotics — hasn’t had trouble securing fresh capital. Fabric this morning announced that it’s closed a $110 million in series B fundraising led by Corner Ventures, with participation from Aleph, Canada Pension Plan Investment Board, Innovation Endeavors, La Maison, Playground Ventures, and Temasek. The raise is more than quintuple Fabric’s previous round ($20 million in February 2018), and cofounder and CEO Elram Goren says it’s meant to lay the runway for the startup’s stateside expansion.

“Our production-proven micro-fulfillment platform is fundamentally changing the face of retail,” said Goren. “Driven by our world-class proprietary technology, we are designing and building an entirely new logistics infrastructure in cities so that on-demand fulfillment and delivery can happen faster, cheaper, and at scale. Whether it’s enabling retailers to profitably fulfill one-hour deliveries or helping businesses restock their storefronts more efficiently, we aim to be the solution that empowers businesses to better serve their customers.”

In the coming months, Fabric will launch a platform model that’ll enable retailers to build and operate a private network of automated fulfillment sites on their own real estate. And over the course of the next year, the company says it plans to spin up micro-fulfillment centers in 14 sites under contract and “several cities” across the U.S., with the first already under construction in NYC and scheduled to come online in Q1. 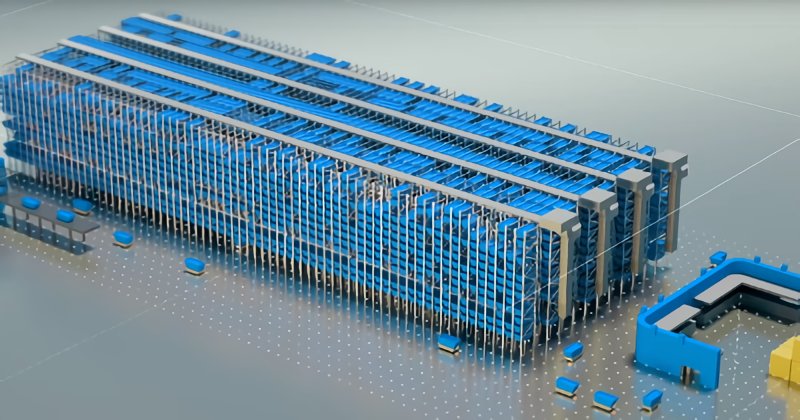 “The demand from the market for a location-first approach to automation is just staggering. Now, with this latest round of funding, Fabric is poised to enter a new stage of hypergrowth,” said Fabric chief commercial officer Steve Hornyak, who joined the company earlier this year. “Our flexible platform and deployment models empower businesses to get closer to their customers while maintaining profitability in whatever way works best for them.”

Fabric debuted its first sorting center in Tel Aviv last October, which is 6,000 square feet and services over 400 orders a day for drugstore chain Super-Pharm. That’s substantially smaller than most hubs, some of which have floor plans exceeding 120,000 square feet.

In July, the company announced that it’d broken ground on what it claims is the world’s first underground warehouse supporting the on-demand fulfillment of fresh, ambient, chilled, and frozen grocery items in less than an hour. It’s located blocks from Rothschild Boulevard in a parking structure beneath Shalom Meir Tower in downtown Tel Aviv, and it measures just 18,000 square feet with an average clearance height of 11 feet.

“With ecommerce logistics pushing both retailers’ profitability and urban infrastructures to the breaking point, it’s clear that we need to reinvent the way goods are fulfilled and delivered within cities,” said Goren. “In order to fulfill and deliver on demand, you inherently need to be closer to your end customers, but that’s really hard in cities. Taking ecommerce fulfillment underground inside cities is one way we can enable retailers to fulfill online orders in close proximity to their customers — while doing so profitably.”

Corner Ventures partner John Cadeddu added, “Fabric is the micro-fulfillment market leader with a production-proven platform that drives tremendous value for its retail partners and consumers alike. We are delighted to be partnering with the Fabric team in their incredible vision to reinvent how goods are fulfilled and delivered in this on-demand world, ultimately empowering retailers to provide faster deliveries at lower costs and at scale.”