For more than 1 billion people, Thursday will be the first time they will experience Facebook’s M assistant on their terms. The social media company is launching suggested responses within its Messenger app, meaning that relevant “actions” will be proffered within conversations to make them “more engaging and personalizable.” This feature is available on iOS and Android, but initially only to those in the United States, although it’ll be rolled out worldwide “eventually.”

Introduced in 2015, M is an artificial intelligent assistant that resides inside Messenger. David Marcus, Facebook’s vice president of messaging products, claimed at the time, “Unlike other AI-based services in the market, M can actually complete tasks on your behalf.” Fast forward to today and M-powered suggested responses include the following actions:

Testing of suggested responses was first reported in December. 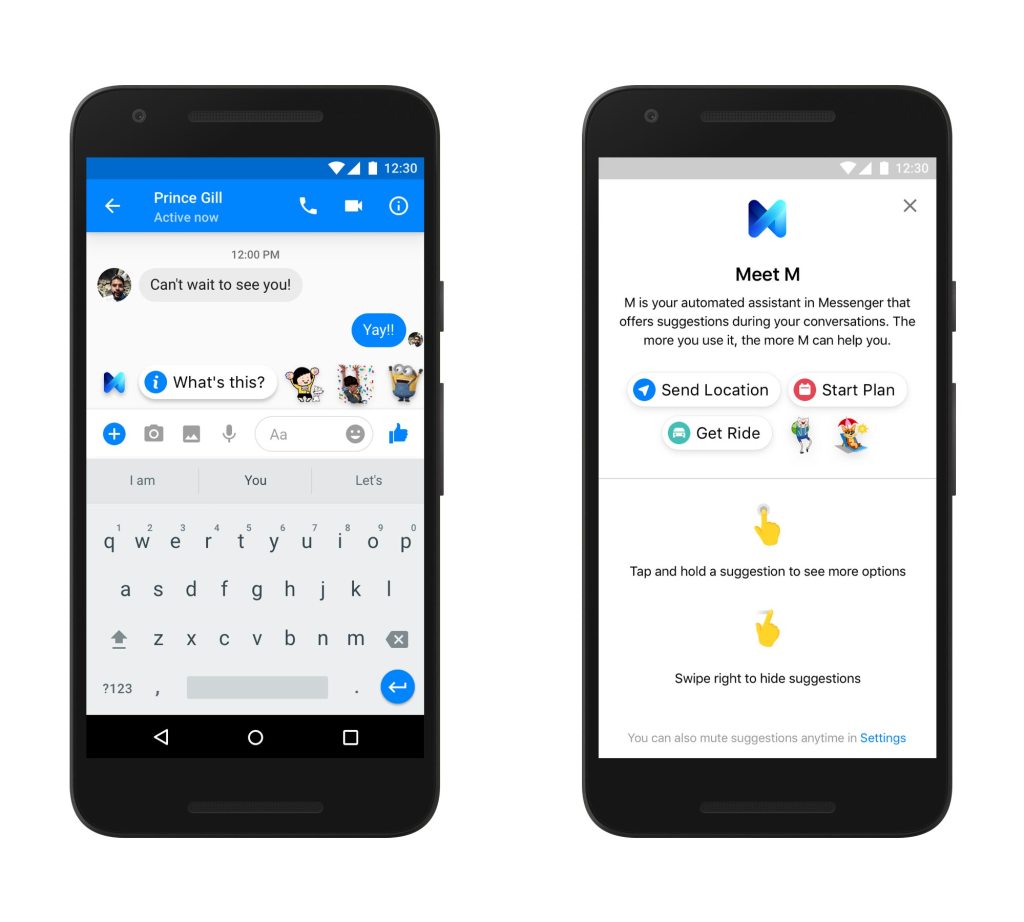 The thing about M is that it’s learning to offer personalized responses for you. While some may think of suggested responses as being similar to what exists within Google Assistant, which has Smart Replies, Facebook thinks its technology is better because it can provide more contextual actions based on what it’s learned from your history, which is all done by permission only. Like other virtual assistants, M aims to eliminate much of the guesswork relating to how to get paid, celebrate conversations, arrange transportation, and more — suggested responses are designed to let you focus more on the discussion at hand. 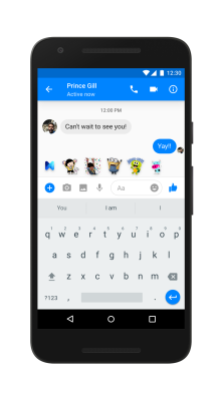 So if you’re in a conversation and want to send someone a sticker, M would look at the context, your location, and other sources of data to ascertain what the best sticker is to recommend to you. The same thing could be said when sharing your location, whereby M would suggest you share a live location or a venue address with whomever you’re chatting with.

“It does a bunch of stuff. First, it’s very contextual and what it does, it makes my conversation more engaging and it’s more personalizable,” explained Stan Chudnovsky, Facebook Messenger’s head of product. He demurred from comparing the app from other messaging services, saying he didn’t know what specifically or how specifically others in the space are solving problems.

There could also be instances where suggested responses may not show up. Chudnovsky said that this is part of M’s training, where its intelligence erred on the side of not showing something because it wasn’t comfortable making a recommendation.

When announced two years ago, M was very much limited to a small percentage of Facebook users. Although suggested responses is now available, don’t expect the M “bot” to go away. “The original M was a testbed for a lot of things and will continue to be a testbed,” Chudnovsky said. “We get a lot of inspiration from that. Once we learn [something], we’ll take certain pieces that we’ll expand to more people in a contextual way.”

Such a long time between introduction and launch may cause some to worry that there was something wrong with M, but Chudnovsky said that it took two years to get the AI sophisticated and trained enough to feel comfortable to go out “with hundreds of types of experiences and enable them.” To start, only six actions are supported, but Facebook has expectations for M to do more and be further extended.