Don’t look now, but Amazon’s Alexa is making its way to home security systems. At the 2019 Consumer Electronics Show, San Francisco company First Alert unveiled a refreshed alarm system — the Onelink Safe and Sound — with Alexa built in, in addition to a smoke and carbon monoxide detector, an intelligent doorbell, and a beefed-up mesh Wi-Fi system with parental controls and messaging features.

First up was the Alexa-enabled smart alarm Safe and Sound. It doesn’t merely provide protection against smoke and carbon monoxide; it doubles as a Wi-Fi amplifier for First Alert’s proprietary wireless tech and as a boombox for your favorite tunes. Thanks to support for both Alexa and Google Assistant, it can read the news, play music, and flip on or off as many connected appliances as your heart desires.

Additionally, it supports Alexa Calling and Messaging features, allowing users to place phone calls to the U.S., Canada, and Mexico for free, receive calls from select other smart speakers, and receive and send messages between Alexa devices. Amazon said last year that it would allow third-party manufacturers to tap into Alexa’s Calling and Messaging capabilities, and Safe and Sound appears to be one of the first such offerings. 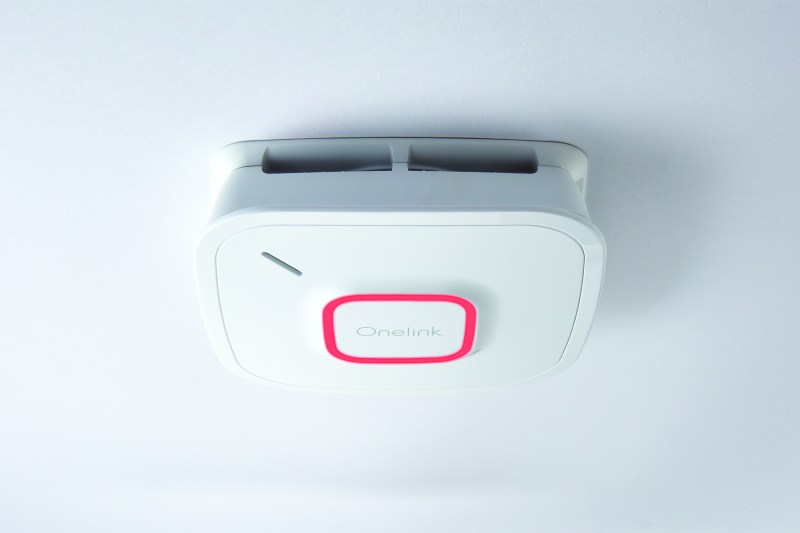 The Onelink Smoke and Carbon Monoxide Alarm is similarly multifaceted. It protects against smoke and carbon monoxide by alerting users via smartphone and First Alert’s “exclusive” voice and location tech. However, when the coast is clear, it also serves as a hub of operations for Google Assistant and Alexa.

Joining the Onelnk Smoke and Carbon Monoxide Alarm and Safe and Sound in First Alert’s portfolio is the Onelink Bell, a smart doorbell system. Its camera and infrared sensor offer 180-degree 1080p HD live video and motion detection alerts, along with two-way audio capabilities. And if paired with other First Alert gear, can automatically activate existing alarms when appropriate. Predictably, it works with Alexa and Google Assistant and First Alert’s subscription service that stores up to 30 days of recorded videos in the cloud.

Last, but not least, there’s the Onelink Surround Wi-Fi system, which taps surrounding First Alert devices to establish an in-home mesh network with greater range than any single router could achieve. It’s not a novel idea — Google Wifi, Netgear’s Orbi, and Asus’ Lyra do much the same thing — but First Alert contends that its devices’ ceiling placement enables them to transmit data between floors more efficiently. First Alert also claims its platform is more secure: Surround Wi-Fi scans outbound connections to analyze URLs and IP addresses, sniffing for malicious traffic and infected machines, and it notifies users of suspicious activity and automatically blocks “questionable” content. 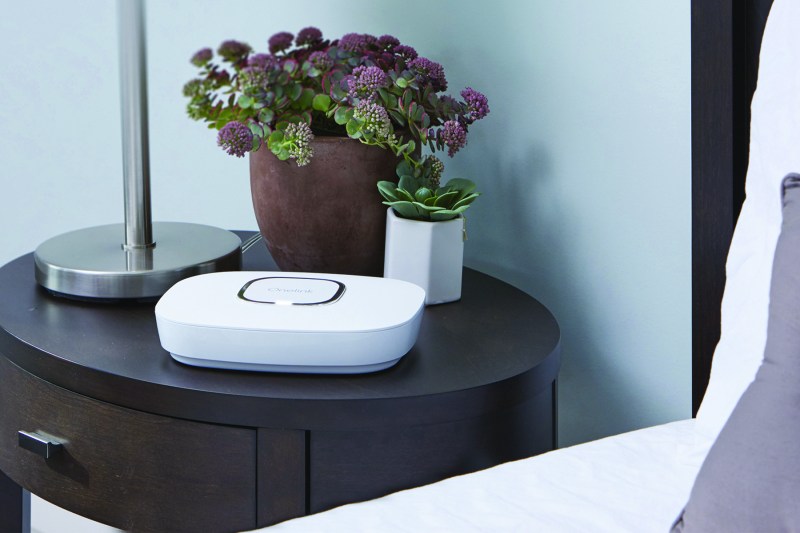 First Alert says Wi-Fi Surround will soon be available as an embedded feature within Onelink smoke and carbon monoxide products. It’ll also be sold in a standalone package that will include two ceiling-mounted Safe and Sound alarm units and a base node that connects to a home router.

“First Alert’s legacy in home safety and delivering high-quality life safety products elevates its mesh technology beyond any other Wi-Fi booster product on the market,” Russo said. “From our premium smoke and carbon monoxide alarms to our new Wi-Fi solution, First Alert is always working in the background to keep you, your family, and your data safe.”