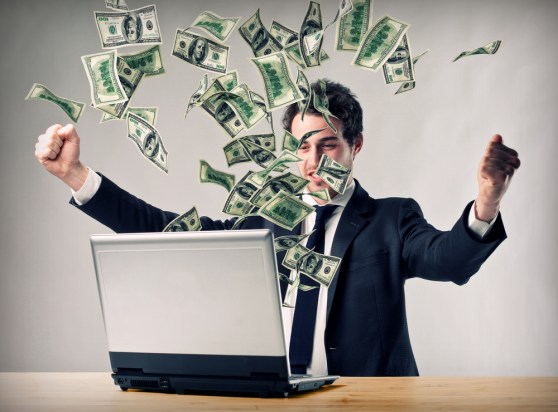 Funding for digital health startups skyrocketed in the first quarter of 2013, according to a report released today.

Companies in the health care IT space raised almost half a billion dollars (approximately $493 million) in a single quarter. A report from Mercom Capital Group, a global consulting firm, found that 104 startups received funding this quarter compared to 51 in the previous quarter. Many of the early-stage deals were fueled by health accelerators, which have popped up in recent years, including HealthBox and Rock Health. 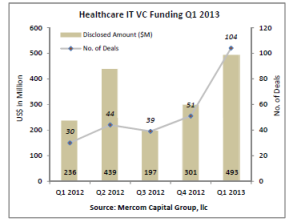 A recent shift is that the majority of the startups that received funding are marketed to consumers rather than practices, and these include telehealth, mobile health, and scheduling apps for patients.

This trend in favor of consumer health technologies has proliferated despite the increasing interest in electronic health records (EHRs), which doctors are being pushed to adopt by 2015 — or risk paying penalties.

“The enormous market opportunity in consumer-focused health has appeared to pique the interest of investors and is likely to continue to grow as witnessed by the surge in VC activity,” said Raj Prabhu, the CEO of Mercom Capital Group.

While investment in health IT continued at a “torrid pace,” Prabhu’s research team found that mergers and acquisitions remained steady. There were 46 in the health IT space, which is on par with the previous quarter.

The top five health deals of the quarter?

Investment in health IT is one of the key themes that will be discussed at HealthBeat, VentureBeat’s upcoming health conference.