If you want to get a sense of how much France’s technology scene has come up in the world, just gaze at the remarkable gathering of business leaders at the Palace of Versailles this week.

It was a genius bit of organizational planning by the government of President Emmanuel Macron. With thousands of business leaders flocking to the World Economic Forum in Davos, Switzerland this week, he convinced 140 top executives to make a pit stop at Versailles yesterday. 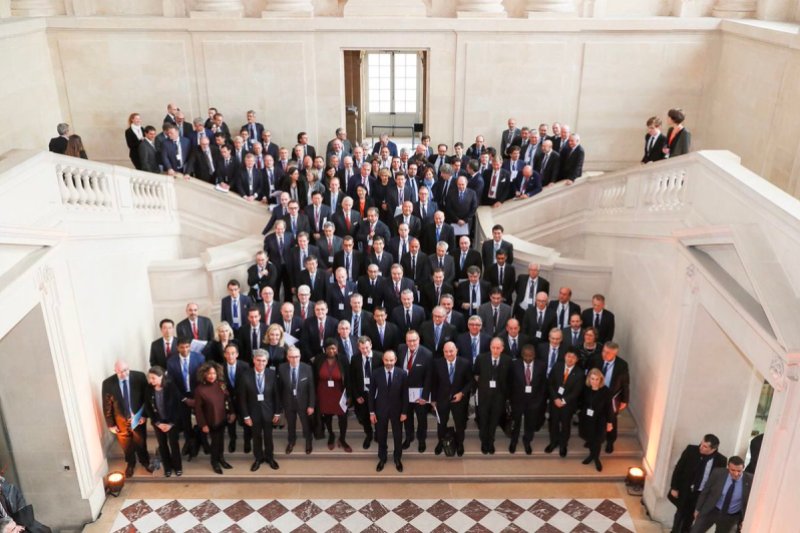 Among those who accepted the invite: Goldman Sachs’s Lloyd Blankfein, JP Morgan’s Jamie Dimon, Google’s Sundar Pichai, and Facebook’s Sheryl Sandberg. During the day, they heard about the country’s campaign to get businesses to #ChooseFrance.

Since taking office last year, Macron has moved swiftly to implement reforms that give businesses new flexibility in hiring and firing workers and has reformed the rules governing independent workers to give entrepreneurship a boost. But he’s also taken on the unofficial role of Head of Marketing for his country, never hesitating to proclaim, often in English, that “France is back!”

Those efforts have clearly been paying dividends, with the country enjoying what feels like an unprecedented wave of positive publicity from around the world as journalists discover the thriving French Tech scene. That’s been helped by numbers that clearly show startups and venture capital on the rise in France.

But convincing tech giants to make big investments in the country has been another story. Although Facebook opened an AI research center in Paris a couple of years ago, and more recently opened an incubator in the Paris startup campus Station F, its team has remained stubbornly small. Google has developed a larger office in Paris, but one that has also seen measured growth.

On that front, however, Macron won a couple of significant victories at the corporate battle of Versailles, where Facebook and Google both announced their intention to increase investments in France.

Facebook now plans to increase its Paris AI team from 50 to 100 people by 2022 and plans to spend $12.2 million on new equipment, such as servers for hosting data for public agencies.

Thank you @sherylsandberg. Facebook’s continued investment in our research and AI ecosystem shows the strength of our academics and of our school system. "The talent is here." #ChooseFrance pic.twitter.com/iTEysDGyeI

Meanwhile, Google announced it would open a new AI lab in Paris, with a focus on technologies that could apply to health and the environment. The company said it hopes to hire as many as 120 researchers for the lab, which would match the 120 engineers already based there.

Across France, the company said it will open four Google Hubs, dubbed “Les Ateliers Numériques.” The hubs will partner with local groups to provide digital training to individuals and small businesses. The first will open in Rennes, with the location of the other three to be announced later this year. Overall, the company said it plans to increase its headcount in France by 50 percent to a total of 1,000.

“France has all the assets to succeed,” Pichai wrote in a blog post. “It has top engineers, great entrepreneurs, one of the best education systems in the world, great infrastructure, and successful global companies.”

While Google and Facebook’s investment news grabbed a lot of headlines here, perhaps the most substantial announcement came from Germany’s SAP, which pledged to spend $2.5 billion in France over the next five years.

“There is a real sense of economic momentum in France,” SAP CEO Bill McDermott said in statement. “We see immense potential in the entrepreneurial spirit of France to disrupt business models, create modern jobs, and unleash exciting new opportunities that help the world run better.”

Still, Google and Facebook are both making larger investments in London, even post-Brexit. Google announced plans in 2016 to build a 10-story building in London that covers 1 million square feet with room for 7,000 employees, up from the company’s current London headcount of 5,700. And in December, Facebook announced plans to build a new London HQ to hire 800 new employees.

But today’s announcements in France clearly point to some momentum for Britain’s neighbor. For the moment, Macron’s global outlook has cast France in a new light at a time when other countries are pulling up their drawbridges.