Deep links make it possible for a user to do things like complete a transaction with voice and then get forwarded to an Android app for more detailed information. Deep links between Google Assistant actions and Android apps will become available in the coming weeks. 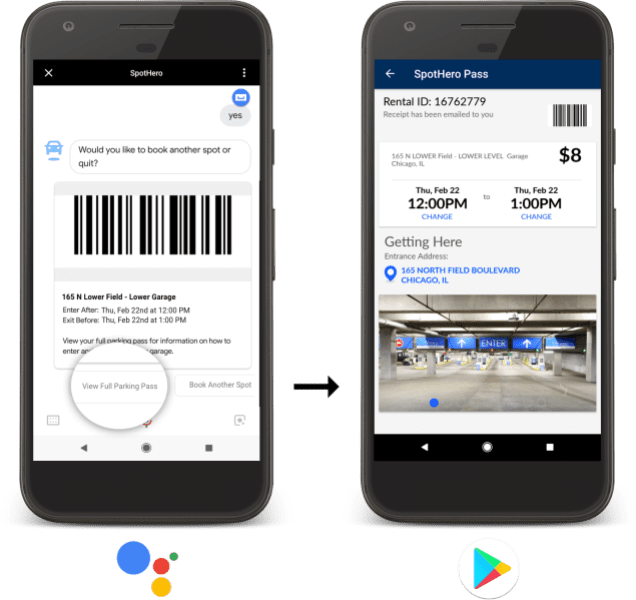 The new languages expand Google’s reach from 9 to 16 languages that can be used to create voice apps with actions on Google or Dialogflow, a platform Google acquired that was formerly known as api.ai.

Location-based services are also on the way for Google Assistant developers with the incorporation of the Google Places API.

This will, for example, allow Uber’s voice app to get your address from Google, enabling it to drop you off at a business near your home.

“So whether your business specializes in delivering a beautiful bouquet of flowers or a piping hot pepperoni pizza, you no longer need to spend time designing models for gathering users’ location requests. Instead, you can focus on your Action’s core experience,” Google Assistant product manager Brad Abrams said in a blog post today.

Last week, Google announced plans to extend its Assistant to more than 30 languages worldwide, with the goal of serving 95 percent of Android phone users by the end of 2018. Multilingual support is also planned to give Google Assistant the ability to respond to more than one language, starting with English, French, and German.

In the weeks ahead, Google Assistant will also gain the ability to respond to Routines, custom commands that carry out multiple tasks with a single utterance, and the ability to make deeper links with tech like AI chips that are being installed in high-end smartphones.

While the Alexa Skills Kit now only supports German, Japanese, and variations of English for users in places like India and the U.S., last November Amazon expanded sales to more than 80 counties around the world, including many Spanish-speaking nations.