As Google Allo becomes available worldwide, just over a week into its existence, its Google Assistant is already being called a standout in the rapidly growing field of bots.

Other people in the bot ecosystem, like Matrix Partners investor and former Facebook Parse cofounder Ilya Sukhar, have had similarly rosy things to say about Allo.

“Allo’s assistant seems best in class. Everything else is meh,” Sukhar tweeted shortly after the release of the chat app.

This is the beginning, said Google vice president of engineering Scott Huffman, the “first time you’re able to have conversation with Google.”

This virtual assistant has the power to answer questions, perform translations, or plan a night out, and it is already embedded in Allo. But in the coming months it will also become part of Google Home and a true competitor to Amazon Alexa and other virtual assistants inside devices. 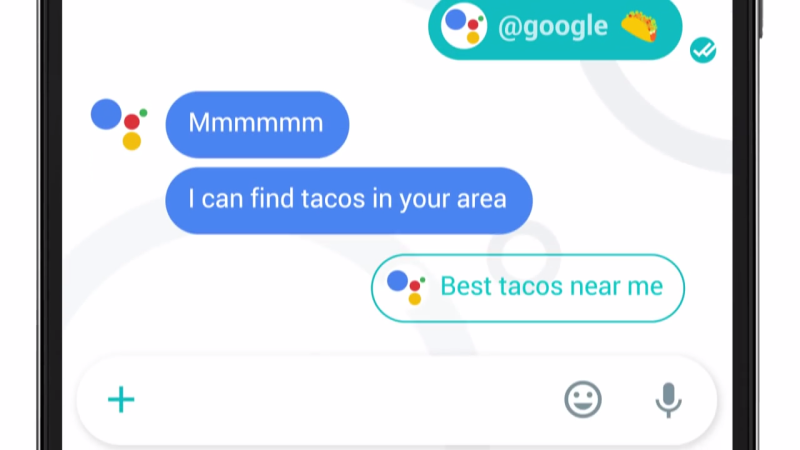 Above: Google Assistant interacts with a user in search of tacos.

Allo’s release comes at a time of rapid change and investment in chat apps.

The race to the killer bot

If you haven’t followed along, here’s where we are in the chat wars.

In the span of less than six months, Facebook, Google, Apple, Microsoft — hands down some of the biggest tech companies in the world — either launched a bot platform for their chat app, gave developers access to their platform so they can make their own bots, or, in the case of Google, created a new chat app.

Since April, tens of thousands of developers have created bots for Facebook Messenger, Kik, Slack, and the like. But none of these has been a breakout hit, the one that — like a rising tide — has the potential to lift the collective boats of virtual assistants and the bot ecosystem in general. In short, there’s been no killer bot — until Google Assistant.

Microsoft’s Tay had potential to be a killer bot. But it turned out to be a racist, sexist jerk that smoked weed in front of the police. We checked: There are no plans for Tay to make a return at this time, a Microsoft spokesperson told VentureBeat in an email.

It’s not an apples-to-apples comparison, exactly, Tay and Google Assistant. Tay was made to be more conversational than what we’ve seen from Google Assistant so far, but Tay was derived from Xiaoice, a bot made by Bing researchers that has the ability to do many of the things Google Assistant can do today.

So it could be that Google — the last of the tech giants to show us its consumer-facing chat client for the coming chat wars — has built the first killer bot.

What Google Assistant gets right

Already downloaded 10 million times on Android, Allo and its Google Assistant are not without flaws, but here are a few things they do get right.

First, Google Assistant leverages the powerful search capabilities that made Google a verb and a multi-billion dollar company. As my colleague Emil Protalinski described it, Google Assistant is “like chatting with Google Search and Google Now in one.”

Second, Allo appears to fundamentally understand the importance of group chat. Want to send a new message with Allo? Before you see Incognito Mode, Google Assistant, or your friends, you see “Start a new group chat.” The ability to operate a bot within a group immediately gives Allo an advantage over platforms like Facebook Messenger, which does not allow bots to chat in groups.

While in group chat, you can do Google searches together, look for a restaurant together, play group games, and, it appears, do anything else Google Assistant can do.

This will be even more powerful when Google Assistant can make purchases, schedule appointments, or complete tasks for a group. 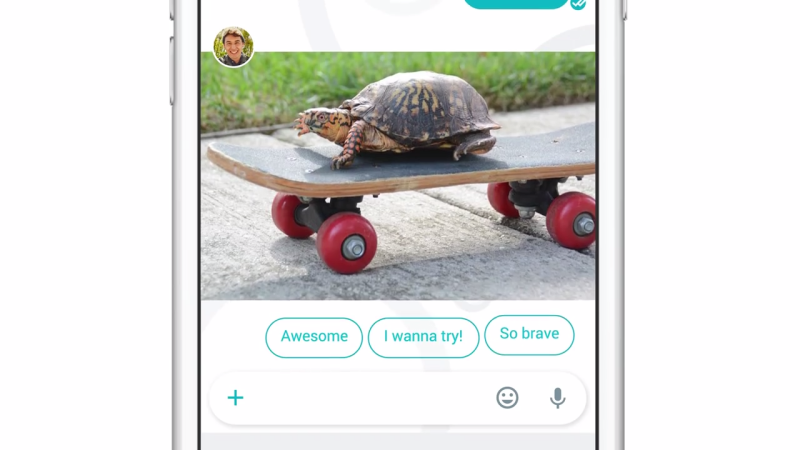 Above: Google Allo Smart Reply works with words and images

Another standout feature: Smart Reply. Over time, Google Assistant promises to suggest responses based on the way you speak and your response to thumbs-up / thumbs-down surveys, given at the end of each query. More than generic common answers, Google Assistant learns your lingo and common responses.

One more plus: Google Assistant may not be the only bot on Allo for long.

The race to conversational commerce

A day before the public launch of Allo, Google announced the acquisition of API.ai, a platform for building bots and virtual assistants through chat platforms and devices. This suggests that Google Assistant may operate alongside other bots made for the Allo platform. API.ai is currently used by more than 60,000 developers.

Google’s efforts underscore what exactly is up for grabs in this high-stakes game. Chat apps like Messenger and Line and WeChat and Kik have become some of the largest platforms in the world, larger than social media, and they’re now seen as a way to deliver goods and services.

These tech giants are beginning to build ecosystems around their platforms and their hundreds of millions of monthly active users. Even companies like Oracle and LinkedIn — companies not really associated with chat — launched bot initiatives in past weeks.

This conversational commerce epiphany, and the stampede by U.S. tech giants to open platforms to third-party developers is happening in large part because of what WeChat has already accomplished in China.

People use WeChat to shop, pay for services like utility bills, and speak to businesses (as well as friends). The ubiquitous app uses QR codes to bring commerce into the offline world.

It’s the most popular messaging app in China, and last week WeChat parent company Tencent announced that the chat platform has started to test use of xiaochengxu, or Little Program. Little Program will allow WeChat users to download and use apps inside WeChat, similar to iMessage.

Conversational commerce has been achieved in China because users can have new experiences, pay for things, and socialize with the world from inside WeChat itself. Much of what you need to do on a daily basis — split a bill, put money in a savings account, make purchases in the offline world — can be done without needing to jump into a webpage or another app.

But that’s not how Allo works.

Want the latest headlines in Allo? You’ll see the top three results. Tap “More” and you’re brought out of the app and onto the mobile web.

Upon its release, Google said Allo was made to solve the problem that happens every time you need to leave the app. This is the problem that arises when you’re chatting with a friend in order to figure out what you want to do tonight and need to search for a restaurant or check movie times.

If the purpose of Allo is to solve this problem, it’s going to need to do more inside Allo.

Building conversational commerce for a platform is largely about providing a holistic experience within a single chat app. Today Allo’s experience stitches together aspects of the Google suite of apps, web search, and the chat app.

In the chat wars ahead, if other messaging app companies manage to get their own ecosystems operating primarily inside their apps — doing away with the need to leave to talk to a business, add a friend to the conversation, or buy groceries — they stand a good chance of converting users.

It may only be the beginning for Allo and the chat wars, but whether Allo succeeds or not may depend on how much of the Allo experience is woven together from web searches and the suite of Google apps, and how much of it operates within Allo.