Google has brought Continued Conversation, a feature that listens for additional queries or follow-up questions after an initial exchange, to smart displays like the Google Home Hub, Lenovo Smart Display, and JBL Link View. The feature was made available for smart displays in the United States for the first time Thursday, a company spokesperson told VentureBeat in an email.

This means you can begin by saying “OK Google, tell me about George Washington” and continue by saying “Where was he born?” and “In what years was he president?” Or you can ask “What’s the weather going to be like this weekend,” followed by “What about next week?”

Continued Conversation is the latest countermove in the battle between Google Assistant and Amazon’s Alexa, as Follow-Up Mode, Alexa’s version of the same feature, was first introduced in March 2018.

Continued Conversation is designed to make exchanges with Google Assistant feel more conversational, removing the need to say “Hey Google” after each exchange and making it easier to follow up in a more natural way.

It also means that the device records exchanges for eight seconds, and on smart displays it can be tough to tell that’s happening by looking at the small white Google Assistant icon on the screen. The screen can change colors as it displays visuals when answering questions, but the default white background can make it hard to see.

On Home speakers, which received Continued Conversation support last June, you can tell Google Assistant is recording because of the lights you see whenever you say “OK Google.” 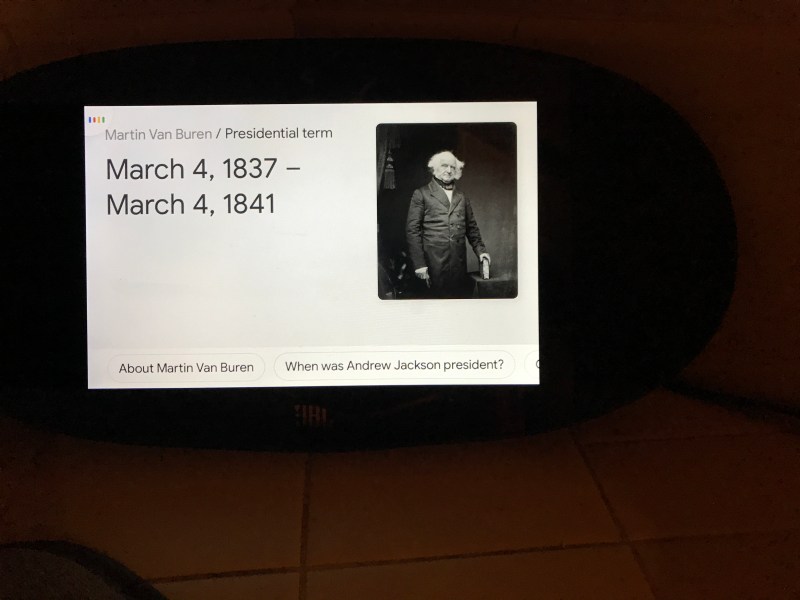 By contrast, when Alexa is in Follow-Up Mode on Amazon’s Echo Show smart display, the entire screen dims and you continue to see the blue-green lights that typically flash when you use the “Alexa” wake word.

If Google Assistant does not hear a command, the audio snippet from a Continued Conversation exchange is discarded, a Google spokesperson said.

That could seem like a small detail, except Google is currently fielding questions from Congress about the microphone in Nest Secure, a home security device first introduced in fall 2017. The microphone was not included in tech specifications or revealed to customers until Google Assistant was introduced for the device last month.

To turn off Continued Conversation immediately after an initial exchange, you can say “Thanks, Google” or “I’m done.”