Google Assistant today announced the introduction of real-time translations with Google Home speakers and third-party smart displays like those from JBL, Sony, and Lenovo. Interpretations will initially be available in 27 languages. Plans are to later bring real-time interpretations to mobile devices, but no date has been set, a company spokesperson told VentureBeat.

Real-time interpretation with Google Assistant is the latest conversational AI milestone from Google, following the release of Duplex and Call Screen for Pixel phones in late 2018. But just like the first response to Duplex, you should taper your expectations.

Initial demos by VentureBeat found Interpreter Mode to be quick in its response, but each exchange could last no more than 15 seconds, a limitation that makes Interpreter Mode helpful but not yet capable of handling the longer exchanges that often occur in a typical conversation. That length of time does seem helpful for interpretations in environments like hotel check-in or concierge desks.

Interpreter Mode for Google Assistant appears to build upon translation abilities introduced in fall 2017 for Pixel Buds that drew comparisons to the fictional Babel Fish.

While this feature attracted a fair deal of attention at the time, in practice there were some notable limitations. For example, instead of an assistant that listens to a whole piece of conversation, then spits out a response, in Pixel Buds these translations could not last more than 10 seconds.

Google Translate app today can also deliver some on-the-spot translations, but requires an internet connection, a hurdle that can throw travelers who are away from home without a cell connection.

The news was announced today at the Consumer Electronics Show in Las Vegas. 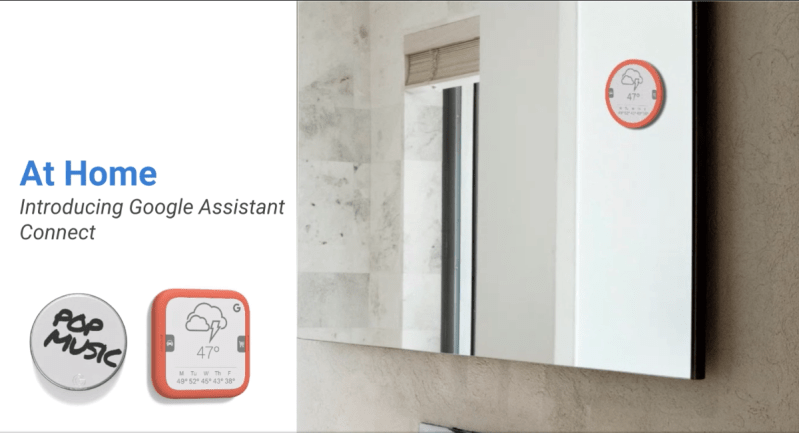 On Monday, ahead of the start of CES, Google announced its Assistant will soon be available on one billion devices. VentureBeat’s Kyle Wiggers reported that the voice of John Legend for Google Assistant, first showcased last year at I/O, has been postponed indefinitely.

While the new interpretation feature introduced today is only intended to act as a translator, it’s easy to imagine the same tech and intelligence someday helping to teach people a new language from scratch. Google Assistant can already provide answers about how to say phrases in more than 100 languages, such as “How do you say ‘hello’ in Mandarin Chinese?”

The introduction of a translator for Google Home comes shortly after Google Assistant reached a previously stated goal to speak 30 languages in 80 countries by the end of 2018. Google also introduced a bilingual assistant capable of switching its language understanding between two languages.

Understanding of languages will naturally be key to powerful speech recognition and the spread of voice-powered assistants. By comparison, Apple’s Siri speaks more than 20 languages, and Amazon’s Alexa speaks roughly half a dozen languages.