Actions, like Amazon Alexa skills, give a user control and command of Google Assistant.

This marks the largest rollout of actions since Google Home went on sale in October and since the Google Assistant platform to make commands for Google Home launched last week. There are currently 35 third-party conversation actions you can use on Google Home, 32 of which were released today.

There’s WebMD for health-related questions, Food Network for recipes, Headspace for meditation, Product Hunt for tech insiders, and Lonely Planet for travelers with a bit of wanderlust.

For games, there’s trivia from SongPop, 20 Questions-style fun with Akinator the Genie, and Sub War, which lets you play the commander of a submarine.

New conversational actions can be found inside the settings section of the Google Home iOS and Android apps.

Netflix (requires Chromecast) and Google Photos actions were made available earlier this week. In actions for Google Home on the horizon, Mercedes Benz announced this week that it plans to put the Google Assistant inside its cars. A preview is scheduled to take place next month at CES 2017, according to Slash Gear. 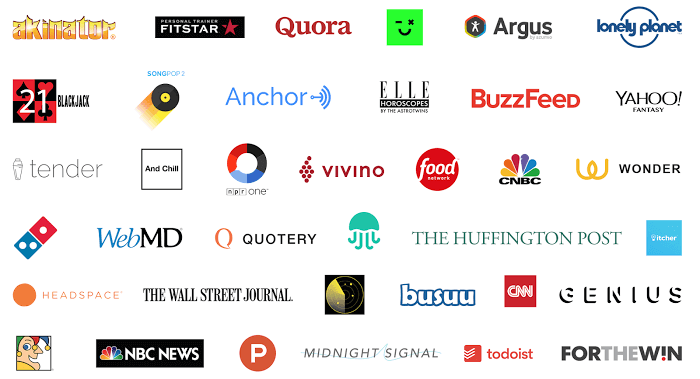 Above: Companies who rolled out actions today or who plan to do so in the coming weeks.

The release of new actions isn’t the only thing Google did this week to build an ecosystem around its Google Assistant.

On Tuesday, Google announced plans to combine Nest Weave and Google Weave so Google Assistant can talk to Nest devices. Several IoT companies will also begin to use Weave.

“Device makers like Philips Hue and Samsung SmartThings already use Weave, and several others like Belkin WeMo, LiFX, Honeywell, Wink, TP-Link, and First Alert are implementing it. Weave provides all the cloud infrastructure, so that developers can focus on building their products without investing in cloud services,” Google developer advocate for IoT Wayne Piekarski wrote in a blog post.

As new actions debut and Google Assistant continues to evolve, Google’s major competitors continue their march to catch up or get ahead.

Wynn Las Vegas announced Thursday that it plans to build a virtual assistant for the hotel and casino and put an Amazon Echo in every one of its more than 4,700 guest rooms.

Facebook VP David Marcus told BuzzFeed News that Messenger plans to roll the M suggestions feature out to more users in 2017, implying that the company’s flagship intelligent assistant will be a bigger part of Messenger next year.