By way of a quick recap, Ocado is among the world’s biggest online-only grocery retailers, and it has long embraced technology and automation to streamline operations. The company’s customer fulfillment centers (CFS), which are massive warehouses where customers’ orders are processed and packed, use conveyors, automated cranes, “goods-to-person systems,” and robots that cart the crates to human employees who then get the final order ready for shipping.

Elsewhere, Ocado has been working with the EU-funded SoMa (soft manipulation) project, a Horizon 2020 program for robotics research. This is in addition to SecondHands, a 3D-vision-enabled humanoid robot that understands human speech and can help carry out on-premises maintenance work. 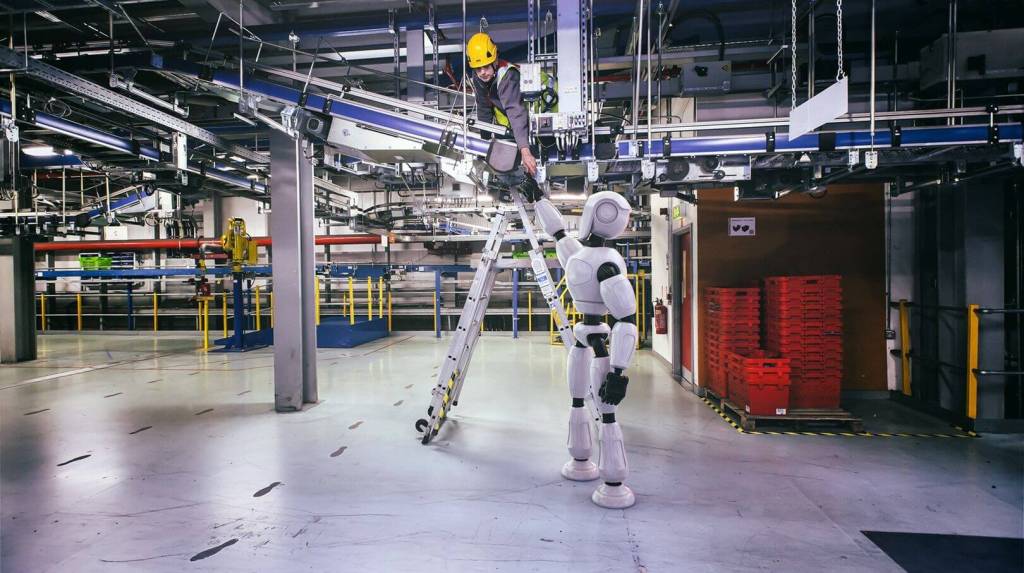 Ocado may be pretty big on automation technology, but the actual picking and packing of customers’ orders is still carried out by humans, simply because the delicate nature of handling fragile or easy-to-damage goods requires a gentler touch. But this could change sooner rather than later — earlier this year, Ocado demoed a robotic arm that can pick and pack items such as fruit.

For the past 18 months, Ocado has been working within its robotics lab on a new system that can identify the best way to hold and grip items and move them between crates. Rather than training a system to recognize individual items — which would take a significant amount of time for a grocery retailer that sells upwards of 50,000 different items — the company focused on building a versatile system that can adapt to new situations and environments. This is actually vital when you consider that in addition to the sheer number of goods processed, brands may also change their labeling, and some products — such as bananas — are just not uniform by nature.

The “pick stations” constitute an assembly line where crates of goods are delivered by conveyors to a specific picking point, and it’s here that the robot picker transfers the relevant items from the storage crates into the customer-bound delivery crates. The robotic arm sports a suction cup connected to a pipe, which in turn is connected to an air compressor.

Rather than trying to identify the product, Ocado’s system uses computer vision to asses the form and shape and establish the best position to apply its suction to the item. The system also verifies that the correct products(s) have been picked by scanning the items’ barcodes. 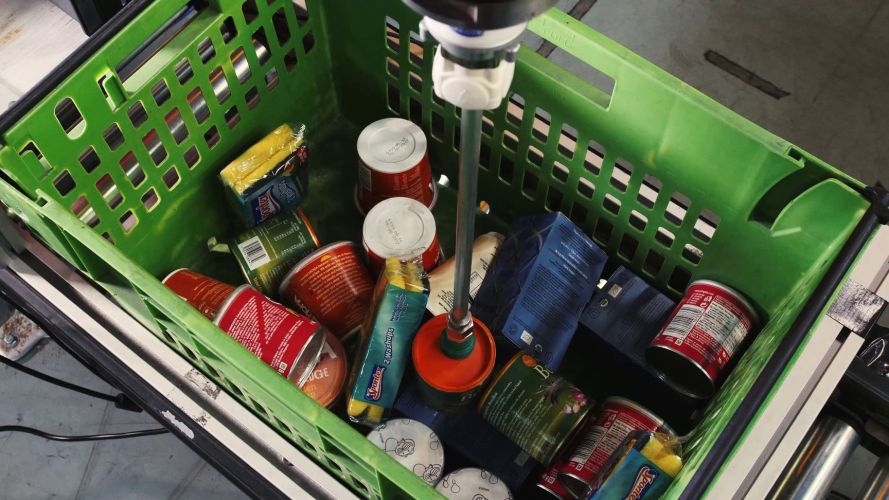 But won’t there be a danger that the dumb robot will pack a bunch of heavy tins on top of a soft loaf of bread? Apparently not. According to Acado, the company had developed an algorithm that “sequences the items” to avoid such a scenario.

The system has already been tested on a “large range of items,” which Ocado estimates conservatively at “thousands.” The company said that the system has performed well for goods that can be “sucked,” such as packets and boxes, though it may not work so well with porous goods or those with lots of ridges.

Having tested the system in a lab environment, Ocado is now moving things to a trial in a warehouse environment, which will allow the company to increase the range of products that the system is exposed to.

Robotics and automation are creeping into many facets of everyday life, and the retail realm is no different. Earlier this month, Bossa Nova raised $17.5 million to expand its retail robots that can monitor inventory on store shelves, while French startup Exotec is building a fleet of mobile robots to help warehouses prepare orders for delivery. Elsewhere, Amazon is in the process of building its vision for the supermarket of the future, where automation is built into the very fabric of brick-and-mortar stores.