Here’s the draft agenda of MobileBeat 2016, the first significant event to focus on the exploding ecosystem of bots, to be held in San Francisco on July 12-13.

Artificial intelligence, plus the move by billions of people to use messaging apps, is sparking a revolution in how developers and businesses think about engaging with people. They’re finding that chat apps run by software, also known as bots, can be much more engaging, relevant, and efficient than apps, if done in the right way.

Yesterday, Apple became the latest platform company to embrace that trend: Apple opened Siri and iMessage to developers, allowing them to build ways to interact with Apple’s hundreds of millions of users. Apple joins Slack, Facebook, Google, Amazon, Microsoft, Kik, and Telegram in making similar announcements over the past 12 months.

MobileBeat 2016 is designed to be the first independent event where developer, product, and marketing executives can meet to compare notes on what is working and what isn’t. A key part of this is to hear from brands, including Expedia, Uber, Booking.com and more, that are pioneering the way forward with this new technology.

Whether users are employing text or voice to get things done, it’s still a so-called “conversational user interface.” And this conversational UI feels more native than than clicking around in an app — which really is a legacy construct of the web.

So we’re overdue for an event that makes sense of it all, and MobileBeat 2016 has invited the top platform executives and experts to break down some of the biggest areas of interest when it comes to bots and conversational UI: What are the norms for customer support; what are the leading technologies we can exploit in artificial intelligence, and specifically in natural language processing; when do you trade off from a bot to a human; how do you monetize; how do you make payments; and so on.

We’ll be adding dozens of new speakers to the site by the end of the week, and we’re now furiously filling out the agenda. We’ll fill out the holes over the next three weeks. We’ll be seeing a bunch of new product launches from established brands, but also from bot makers and new startups — and part of the agenda will be kept purposefully confidential for now.

9:15 a.m. – 9:30 a.m. Opening Remarks: Back to the Future
The return of the bot craze, and why it’s going to be bigger than ever. Matt Marshall introduces event and introduces Robert Hoffer (otherwise known as the “Botfather”) for a few remarks about how he built the bot phenom ActiveBuddy 16 years ago — and why it died.
Matt Marshall, VentureBeat & Robert “The Botfather” Hoffer

9:30 a.m. – 9:50 a.m. Opening Keynote: A Bot to Run a Country
Machine Zone (now called MZ), which built one of the world’s most successful mobile games, is taking its many-to-many real time technology, and building technology that runs the entire New Zealand transportation system. And it aims to do more by making a bot that allows users and public officials to make decisions more efficiently. This will be the first public demo of the application.
Gabe Leydon, CEO, MZ
Moderator: Matt Marshall, Founder, VentureBeat 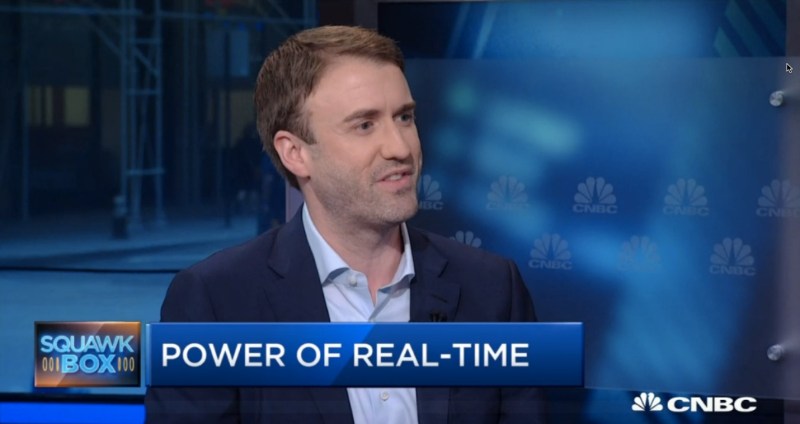 9:50 a.m. – 10:10 a.m. Perspective: It Should Be About Humans, Not Bots
…at least in the leisure industry, and at most certainly and unabashedly for a fast-growing company like AirBnB, which prides itself on nurturing authentic relationships between travelers and hosts.
Joe Zadeh, VP of Product, Airbnb
Moderator: Blaise Zerega, Editor-in-Chief, VentureBeat

10:10 a.m. – 10:30 a.m. The Commerce Vision
A pathbreaker in forging the vision for commerce in massive chat apps has been Kik, the company that has generated scores of millions of users among millennials. We talk with Kik’s leading business executives about where trends are going in 2016 and 2017.
Josh Jacobs, President, Kik
Moderator: Stewart Rogers, Lead Analyst, VentureBeat

11:00 a.m. – 11:30 a.m. Deep-Dive: Strategies for Applying Artificial Intelligence: A High-Level Breakdown
(There will be two concurrent sessions running in Floors 1 & 2. Check back for more details as we get closer to the event.)
Speakers TBA

11:00 a.m. – 11:30 a.m. Deep-Dive: Measure Everything
Conversational UI, analytics, and success: Experts break down the best practices to track engagement and how to feed information back into making a better product.
Speakers TBA

1:20 p.m. – 1:40 p.m. Lightning Rounds: Brands with Bot Traction
Six brands step up to talk about their new bot strategies, or lessons learned with existing strategies.
Some of these remain confidential until day of the event.

2:10 p.m. – 2:40 p.m. Workshop: Breaking Down The Leading Tools in Artificial Intelligence
We’ll hear a blitz of advice about the richest areas of applied artificial intelligence today.

2:50 p.m. – 3:20 p.m. Marketing in an Era of Predictive Technology, AI and Bots
A host of new technologies are converging to take marketing to the next level, right at the time when conversational UI and other new channels are pulling billions of users into modes where they expect a new kind of personalized, more native marketing.

2:50 p.m. – 3:20 p.m. Industry Focus: Automobiles and AI
America’s love affair with cars deepens, now that they’re getting smarter and can talk back to us. Here’s a look at the most exciting technologies car manufactures are using in the area of AI and conversational UI.

3:50 p.m. – 4:20 p.m. Lightning Rounds: The Bot Makers
Don’t miss this lightning round featuring breaking news announcements and presentations from some of the leading bot makers.

4:20 p.m. – 4:40 p.m. The New Suggestion-Based Economy
Google’s Director of Apps and Games Business Development, Purnima Kochikar, talks about the move away from the search-based economy, where Google reigned supreme, to a suggestion-based economy, where Google sees the need for bots to help out. Google has outlined a new strategy through Google Now and Assistant. Kochikar will be joined by another big brand — TBA — that is forging its own answer to the suggestion-based economy.

4:40 p.m. – 5:00 p.m. Closing Keynote: Amazing AI
(Close out Day 1 with another awesome, insightful keynote from an industry luminary. Speaker will be announced soon.)

5:00 p.m. – 8:00 p.m. Village Mob Party
(We’re finishing out the night with a big, blow-out party complete with lights, music, food, and maybe even a few surprises. Check out the “Village Mob Party” tab for more info.)