Despite efforts to curb online piracy, some estimates suggest that pirate websites secured around 190 billion visits in 2018, affecting industries spanning TV, movies, music, publishing, and software. According to a recent report by the U.S. Chamber of Commerce, digital video piracy alone results in nearly $30 billion in lost revenue annually in the U.S.

Against this backdrop, Smart Protection is working to help brands and rightsholders identify online hubs that host illegal streams, downloads, and other types of content infringement.

Founded out of Madrid, Spain in 2015, Smart Protection uses machine learning and big data processing — in concert with natural language processing (NLP), computer vision, keyword searches, and more — to find the hubs hosting piracy and counterfeit content. By scanning the web, Smart Protection effectively builds a huge database of URLs, and it then applies its various machine learning algorithms that have been tailored to each content type and classifies the URLs based on the likelihood that they are hosting illicit content.

“Typically, we eliminate approximately 98% [of the URLs], and it is from the remaining 2% that counterfeits, piracy, or brand abuse are hosted,” Javier Perea, CEO and cofounder of Smart Protection, told VentureBeat.

The company claims clients in 18 countries across the Americas and Europe, including McAfee, Warner Bros Entertainment, NBCUniversal, Sony Pictures, and Movistar+. It is now looking to scale its technology and target more brands globally and today announced that it has raised €5.2 million ($5.7 million) in a series A round led by London-based Nauta Capital. The round includes participation from existing backers, including Telefónica’s Wayra, JME Ventures, Big Sur Ventures, and Bankinter. 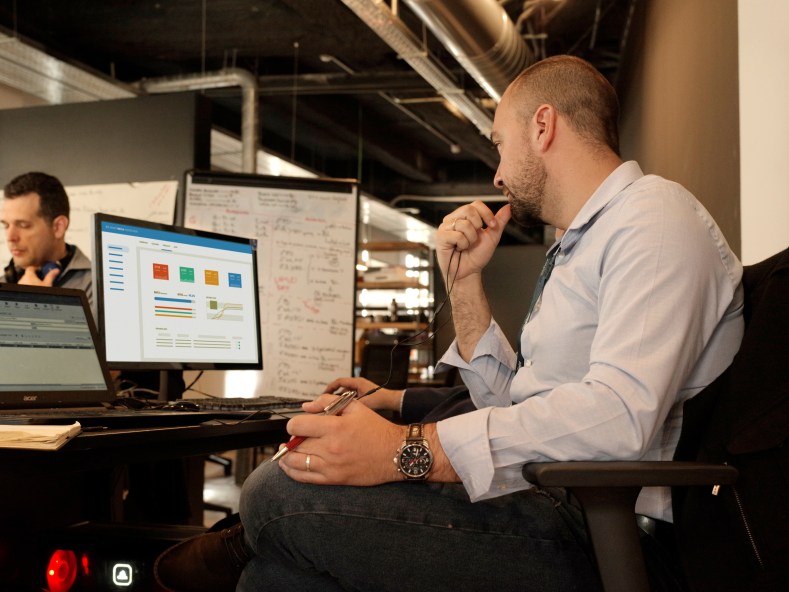 Above: Smart Protection in use

It’s worth noting that industries have different requirements in terms of both the pirated content they’re looking to identify and the places they’re looking for it. Sometimes they need to target search engines with takedown notices so people can’t find the contravening content in the first place. However, search engines aren’t always the first port of call. London-based anti-piracy company Muso reported earlier this year that it had detected an increase in people sidestepping searching engines and heading directly to the piracy portal itself.

“In 2018, we have seen a 10% increase in people bypassing search engines and going directly to the piracy destination of their choice,” noted Muso CEO and cofounder Andy Chatterley. “Simply focusing on takedowns is clearly a whack-a-mole approach and, while an essential part of any content protection strategy, it needs to be paired with more progressive thinking.”

Incidentally, Muso itself raised a $4.5 million series A round just a few months back, suggesting — perhaps not surprisingly — that startups offering to protect the assets of billion-dollar companies remain an attractive proposition for investors.

Aside from search engines, Smart Protection said it leverages a “modular SaaS (software as a service) platform that adapts to the needs of each client.” This may involve monitoring marketplaces, social networks, and peer-to-peer (P2P) torrent websites, among other specific content-hosting hubs.

While the internet is, of course, a global entity, trademarks and copyright registrations don’t always apply globally, or they may differ from country to country. And each client will have very specific requirements in terms of the various channels they need to analyze (marketplaces, websites, social networks, and so on), which is why Smart Protection has to carefully configure its platform for each client.

Post-configuration, each client is given access to a dashboard where they can view real-time infractions from any device, viewing detections and eliminations, as well as any potential violations that are currently being analyzed. 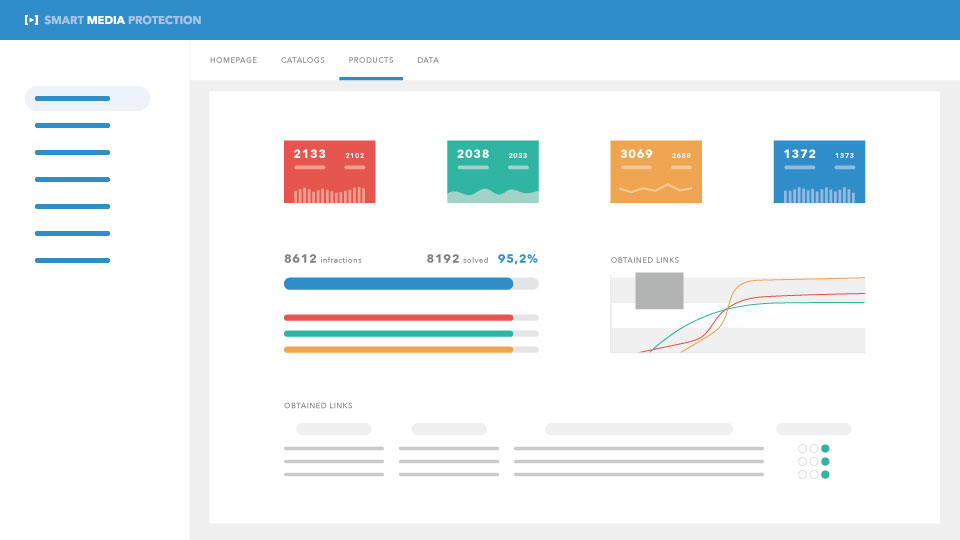 Even when Smart Protection’s platform identifies a URL it thinks may be hosting infringing content, it still has to eliminate false positives. Where there are doubts, Smart Protection works with analysts to manually pore over the identified websites before deciding whether a URL has been correctly identified, which in turn helps improve the company’s machine learning systems. “These human decisions are used to teach our algorithms, meaning that if we encounter similar cases in the future our technology will be better equipped to deal with the query,” Perea added.

A number of examples help illustrate the breadth of the challenge anti-piracy efforts face — it’s not just the multitude of channels pirated content exists on, it’s the “real-time” nature of it all.

Smart Protection, for instance, said it’s working with the rightsholder for TV coverage of a Latin American soccer league. “We recently protected one of the league’s Series A matches,” Perea said. “A total of 4,595 infractions were detected — 5% came from search engines and websites, whilst the additional 95% were from social media posts. We achieved a 96% success rate, eliminating 4,400 of the infractions in real time.”

“The Instagram story instructed followers to click on the link in the bio to watch the video,” Perea said. “The link directed users to a Twitch video broadcast that belonged to a Facebook account. The two accounts were deleted within 60 seconds.”

What is clear from all of this is that Smart Protection needs to maintain close affiliations with digital platforms. The company is a member of Google’s Trusted Copyright Removal Program (TCRP), which allows Smart Protection to detect infractions and have the offending URL removed swiftly — the company said it has delisted more than 11 million hyperlinks on Google since its inception. And it has similar arrangements in place with most of the major platforms.

“Our agreements with the main social networks allow us to delete a video from YouTube in just 30 seconds; from Facebook, Instagram, and Twitter in 60 seconds; and from other platforms, such as Vimeo, within 2-3 minutes,” Perea said.

Smart Protection had previously raised around $2 million, and with its latest cash injection it plans to grow its core product and expand into new markets.

“This partnership with Nauta will boost the development of our artificial intelligence technology, facilitate international expansion, and also allow us to recruit the best talent in order to build an increasingly secure internet,” Perea said.