At a packed event in London, billed as “Welcome to a higher intelligence,” the Chinese smartphone giant unveiled the Huawei Mate 20 and Mate 20 Pro devices, almost a year to the day after it brought the Mate 10 and Mate 10 Pro to market. 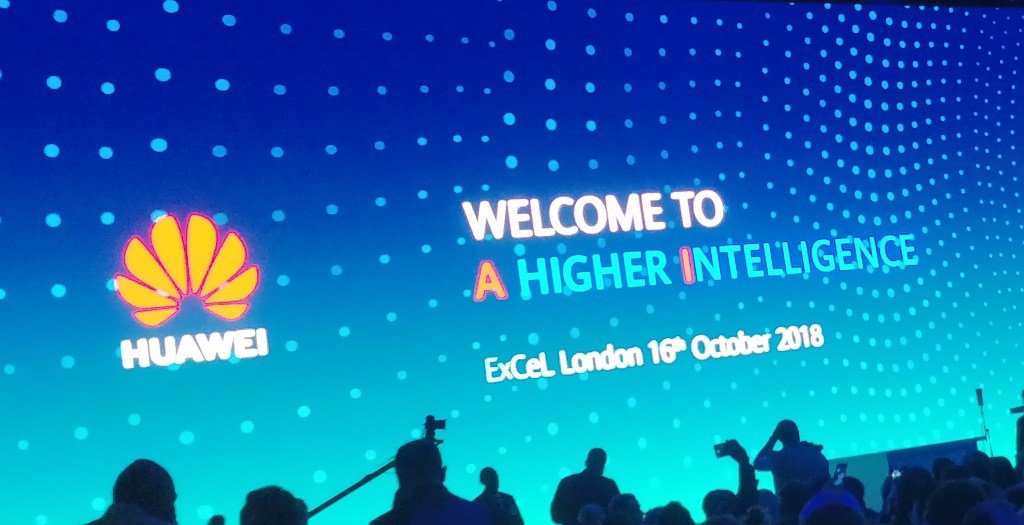 As with most new product launches these days, many — if not most — of the products’ specifications leaked well in advance of the event. However, we can now confirm the full ins and outs of these devices, including how they differ from each other, when you can expect to get your hands on them, and how much you can expect to pay.

Though Huawei unveiled two flagships today, the Huawei Mate 20 Pro is likely to be pushed as the more primary “flagship,” due to its additional premium features. 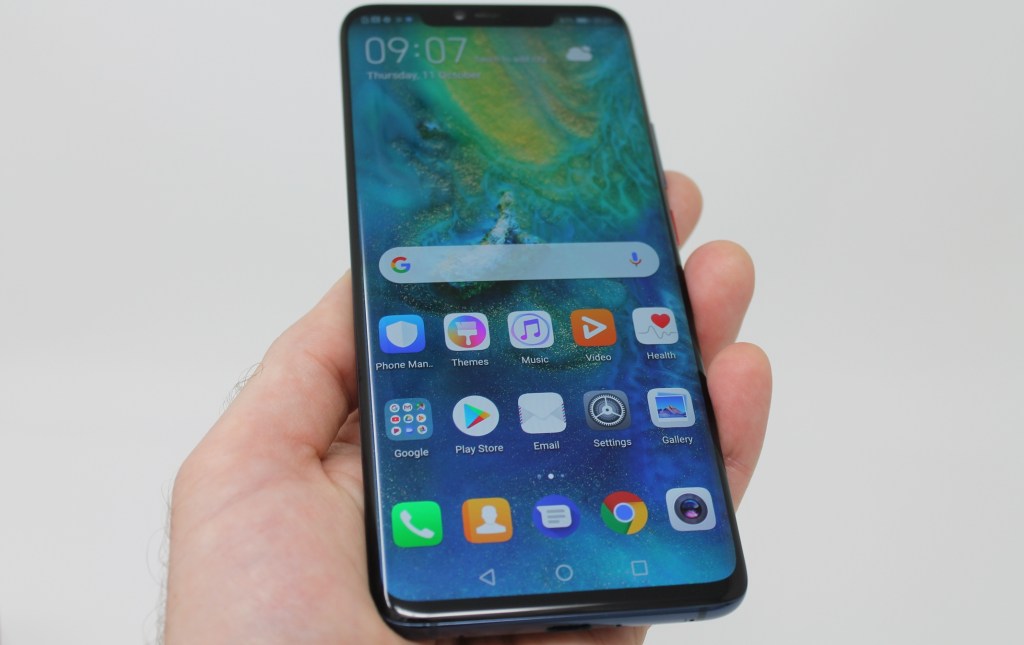 Nonetheless, here’s a quick peek at what you can expect from each device.

First, let’s clear the elephant out of the room: Unlike their Mate-branded predecessor, the Huawei Mate 20 and Mate 20 Pro do not have a 3.5mm headphone jack, which will be to the chagrin of many. But that really is no surprise, as it is starting to feel like most flagships these days have jumped on the no-headphone-jack bandwagon — including Huawei with its P20-range flagships earlier this year. It is what it is; so everyone will have to just deal with it in their own way.

Side by side, however, the most obvious distinction is the notch — both devices have one, but the Huawei Mate 20 has a little teardrop-style notch compared to the much wider notch on the Mate 20 Pro. 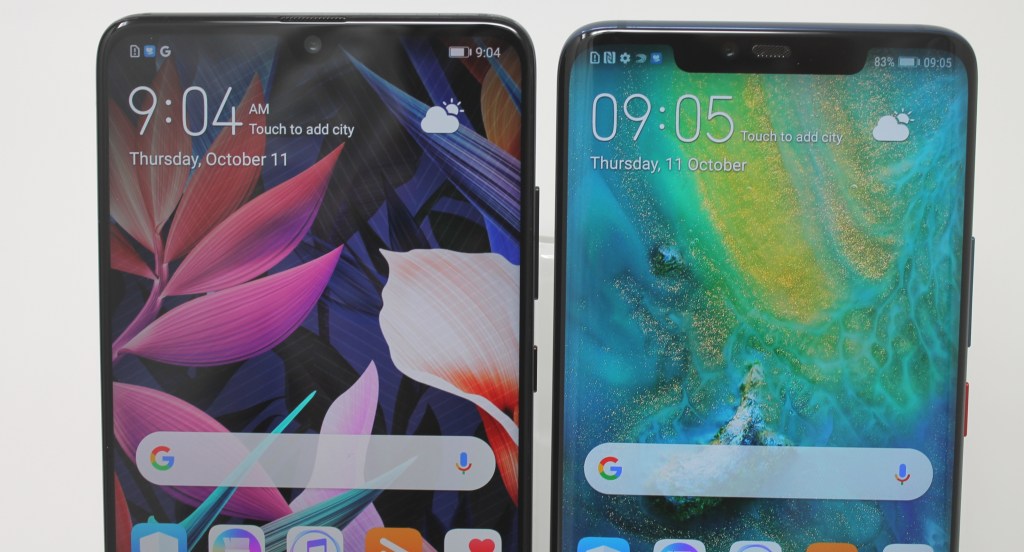 Flip the phones around and you’ll see that both devices have a Leica-enabled triple-lens camera system, one more than the Mate 10 offers.

On the Mate 20 Pro, the three lenses are bundled into a square format alongside the flash and bring a 40-megapixel wide-angle lens, a 20-megapixel ultra wide angle lens, and 8-megapixel telephoto lens. The Mate 20 has a similar layout, though it only offers 16-megapixels and 12-megapixels for the first two lenses. Both phones come with a 24-megapixel front-shooter. 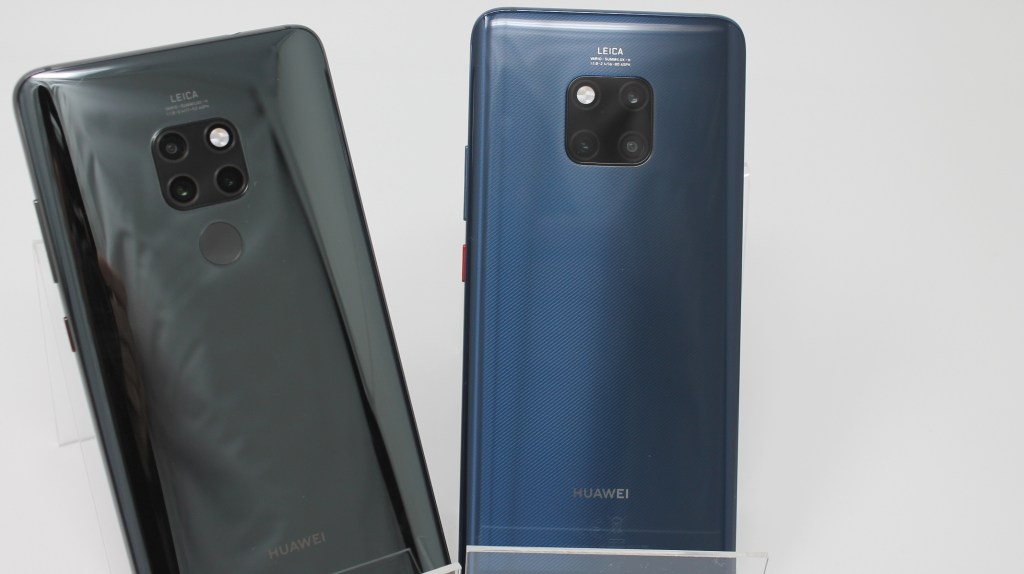 Though the Huawei P20 and P20 Pro also have three lenses, one of those is a monochrome lens, which Huawei has elected to omit from the Mate 20 phones.

This is not by any means a first — Chinese smartphone company Vivo launched a device with this technology embedded earlier this year, Xiaomi has followed suit, and Huawei introduced the super-premium Porsche Mate RS device with an in-screen fingerprint reader. But it is still something of a novelty feature, one that will likely show up in future devices from the likes of Apple and Samsung.

Another key difference between these devices isn’t so apparent visually, but a wireless charging pad is embedded into the rear of the Huawei Mate 20 Pro. In meaningful terms, this allows you to charge any device that is enabled for wireless charging, such as your buddy’s phone.

It is also significant for your wireless earphones — given that the Huawei Mate 20 Pro does not have a 3.5mm headphone jack, the company anticipates that many people will use Bluetooth earphones which, of course, require charging. With a compatible pair of earphones, you will be able to charge them on the go simply by placing them on the rear of the device. This is potentially a game-changer for those who forget to fully charge their earphones before leaving the house.

We can tell you that both Huawei Mate 20 devices ship with dual-SIM capabilities and offer various configurations of memory and storage. The Mate 20 is available in 4GB and 6GB RAM versions, while the Mate 20 Pro is only available with 6GB of RAM. Both devices are only available with 128GB of built-in storage, however this is expandable to 256GB via a new Nano memory card slot, which doubles as the secondary SIM card slot.

As expected, we can also confirm that both devices ship with the Kirin 980 chipset, the world’s first 7nm (nanometer) chip, promising a 20 percent speed bump and 40 percent better power efficiency compared to the Kirin 970 launched last year, as well as improved performance compared to Qualcomm’s Snapdragon 845.

Here’s a full list of all the main specifications for each device. 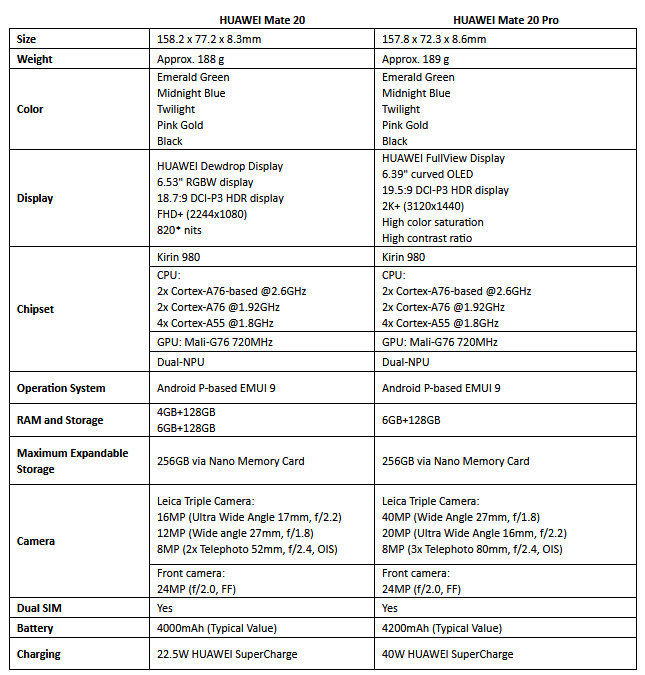 As with just about every flagship phone these days, the camera plays a pivotal part in Huawei’s pitch for its latest duo of devices. Aside from the ultra-wide-angle feature, which should allow users to capture much more of the scenery around them, there are two particularly notable effects embedded into the video camera software.

“Background blur” essentially brings the blurred background “bokeh” effect that you’ll no doubt be familiar with from the photography realm into video. This means that when you follow a person around a room with the camera, the background is blurred while the subject remains sharply in focus.

But arguably funkier than that is the effect known as “AI color” within the camera app that Huawei is actually marketing as “AI Cinema” mode. 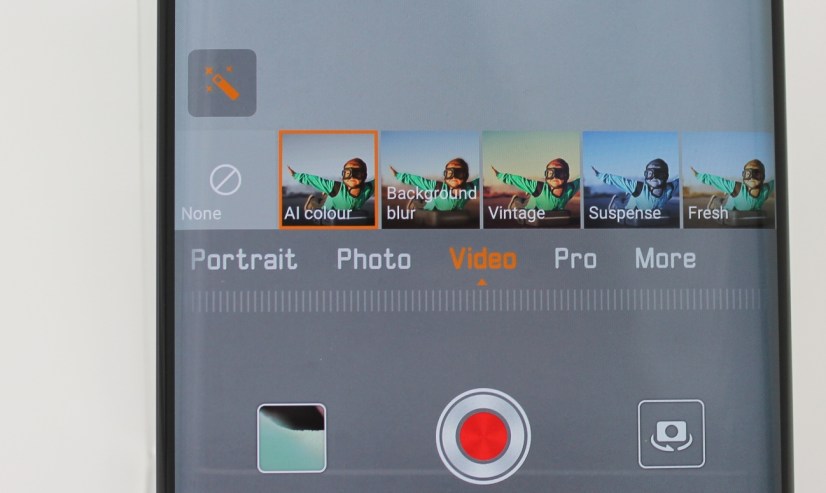 In a nutshell, the subject within a video appears in color on your screen, while everything around them is displayed in black and white. It’s quite a smart effect and mimics the kind of color processing that was used in the movie Sin City, representing a notable advance for smartphone camera technology and the AI-powered computer vision technology it leans on. 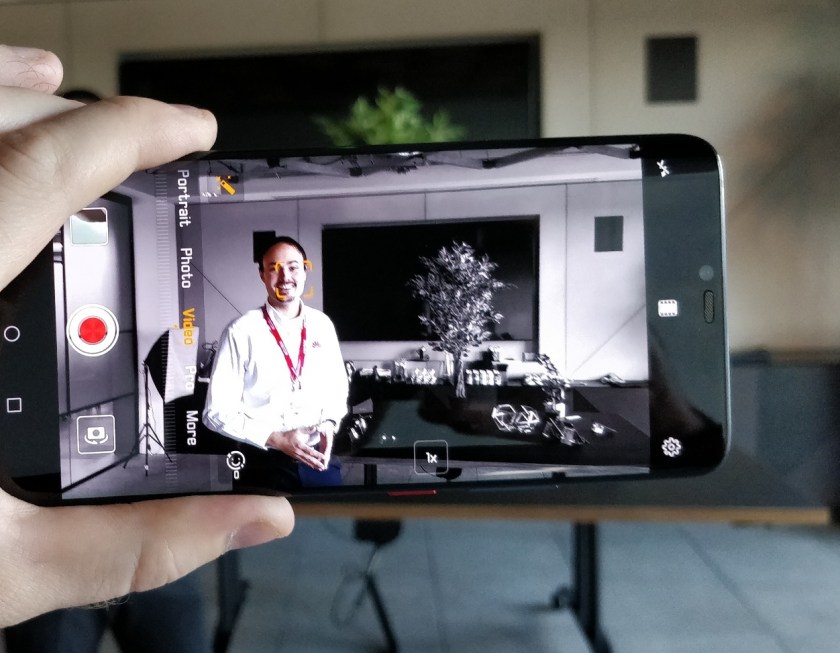 Above: The “AI Color” video effect on the new Huawei Mate 20 Pro

You can read more about this in our piece that looks specifically at the AI Cinema mode.

Both devices are available to buy in some markets from today, and we’ll update here when we hear back about U.S. pricing and market availability.