The PocketVision app, which was unveiled today at the annual IFA conference in Berlin, was developed in conjunction with Eyecoming, a Chinese social technology company specializing in visual impairments.

According to Census Bureau data, roughly 20% of people in the U.S alone have a disability, more than half of whom report a “severe” disability. This figure is roughly consistent with other countries around the world, too.  And it’s against that backdrop that Huawei’s Honor offshoot is launching the PocketVision app.

PocketVision uses quad camera technology and AI smarts for three core scenarios. Firstly, it offers a text-to-speech mode that uses optical character recognition (OCR) to quickly convert pictures into text, and then reads the text out aloud — this could be used to narrate restaurant menus, book snippets, timetables, or just about anything.

Elsewhere, PocketVision also sports a “negative image” mode, which enables users to change the contrast between the text and the background in images they view through their camera lens. This should make it more easy to read text contained on real-world objects, such as a cereal box or medical prescription. 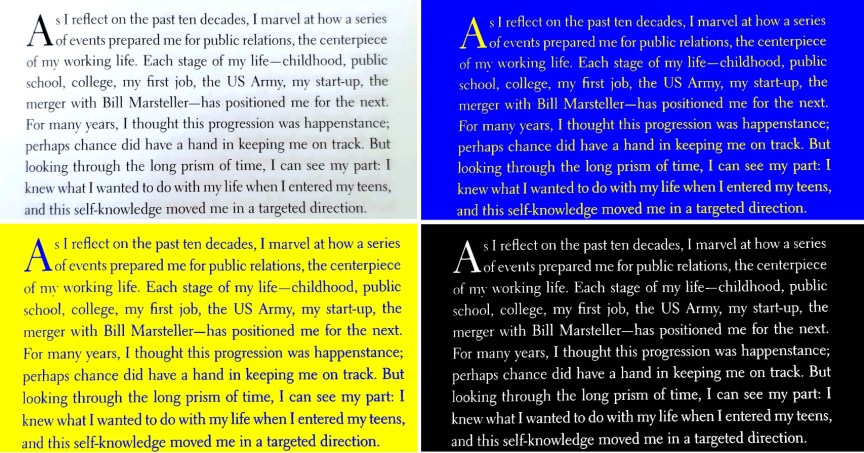 Above: Huawei and Honor camera converts pictures of text into negative images

Finally, with “zoom-in” mode, users can use the volume button on their device to magnify and enhance small text, making it less blurry and more legible.

Officially, the PocketVision app is pitched “exclusively” at the Honor 20 Pro smartphone. However, given that it can be downloaded through the Huawei AppGallery (it’s not available through Google Play), it will in fact be available for all Huawei and Honor phones that have the required lenses and AI on board. And it will be available in English, Spanish, Portuguese, German, Italian, and Chinese.

While its focus on Huawei / Honor devices does of course limit the app’s reach, it’s worth remembering that Huawei is still one of the top smartphone companies globally in terms of shipments, though for how much longer is not clear.

PocketVision isn’t the first accessibility-focused app to emerge from Huawei’s vaults. Back in December, the Chinese tech firm launched StorySign, which translates children’s books into sign language using image recognition and OCR. Elsewhere, AI is increasingly being used to improve accessibility across a myriad of initiatives, from smart speakers to self-driving cars and beyond.

More broadly, improving accessibility to technology has emerged as a major focus for most of the big tech companies, with giants such as Microsoft working on numerous programs to open up their product to millions more people. Google also recently launched a bunch of new apps and programs to help users with various conditions, including services to help hearing-impaired users communicate, while it added native hearing aid support to Android. And last year, Airbnb added new filters to make it easier for those with disabilities to find accommodation based on specific search criteria.

“Harnessing the power of the Honor 20 Pro’s next-generation AI capabilities and pro-grade camera technology, PocketVision aims to level the playing field for the visually impaired, giving this community a portable, affordable solution to other reading aids on the market,” noted Honor president George Zhao. “In launching this app, we hope to create an enhanced reading experience for people all around the world, enabling a greater sense of independence and giving people with low vision the confidence to unlock their potential and pursue their passions.”

While there may be a degree of altruism in companies’ attention to improving access to their digital products, it’s worth noting here that disabilities represent a lucrative market. “If people with disabilities were a formally recognized minority group, at 19 percent of the population, they would be the largest minority group in the United States,” noted the Institute on Disability, in a report published in 2011.

So at its heart, PocketVision is a show-of-technology and business decision. Around 1.3 billion people globally live with some form of visual impairment, according to data from the World Health Organization (WHO), meaning this type of technology will always be in high demand.