IBM is launching a new tool today that will let decision makers talk through complex decisions with an AI system called Project Debater. The platform is designed to help people practice their reasoning, develop well-informed arguments, and reach reliable conclusions.

IBM Research has been working on the AI behind Project Debater for seven years and expects the technology will be used to power applications across a variety of use cases. If the name sounds familiar, that’s because the press got a look at the technology back in June, but for the first time it is now open to public use in the form of an experimental crowdsourced debating application called Project Debater — Speech by Crowd.

Speech by Crowd collects text arguments from a wide audience and uses the Project Debater AI to analyze the validity and strength of those arguments, organize key points, and edit together a concise, persuasive argument of its own.

Speech by Crowd “will be the first time we test [Project Debater] with the public,” Aya Soffer, vice president of AI Technology at IBM Research, told VentureBeat. “With that said, we envision the technology as an AI service in the IBM Cloud. … We are interested in speaking with clients about their use cases, which we could potentially explore together further.”

IBM says Project Debater has to date drawn interest from academia, “particularly those who have debate clubs,” and from political consultants interested in using Debater to test-run policy ideas.

The project, which is led by Noam Slonim and Ranit Aharonov out of IBM Research Haifa, could have applications across a number of fields, including business, education, law, and government, according to Soffer. An example of business use would be to let all employees submit pros and cons on a topic the company is deliberating over and have Project Debater deliver a concise view of the key arguments on both sides. Soffer offered another example: “in government, the mayor of a city could use Speech by Crowd to take the pulse of his/her community about a new tax on soda. Citizens could weigh in with their opinions, helping the official to make a decision.” 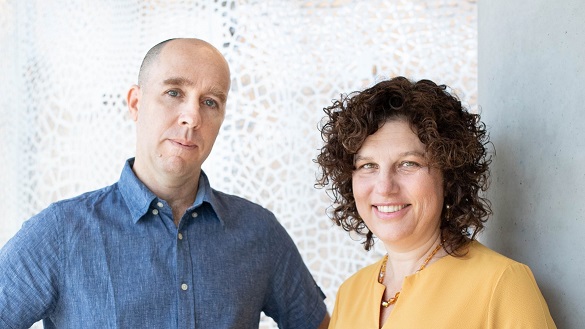 The team behind the technology expects it could help remove bias in decision-making, as well as improving machine-human communication. They don’t expect it to work perfectly right out of the gate, though: “Until we open Project Debater – Speech by Crowd up to masses, we won’t know exactly how it will perform. You may see some mistakes or seemingly random comments in the final speeches. [The Speech by Crowd experimental app is] all part of the process to learn and advance Project Debater, and AI in general,” Aharonov and Slonim wrote in a blog post announcing the project’s public debut.

An earlier test of Project Debater fared quite well. In June, it went up against 2016 Israeli national debate champion Noa Ovadia in front of a small crowd and won in an audience poll.

IBM will be demoing Project Debater — Speech by Crowd this week at the Consumer Electronics Show in Las Vegas. The technology will also be on display during a livestreamed event at THINK 2019 in San Francisco, where it will go up against a world champion debater.