The Meg, a sci-fi film about a giant prehistoric 75 foot-long shark, debuted last week from Warner Bros. and Gravity Pictures. And Intel said today that its artificial intelligence hardware — namely, about 2,500 Xeon Scalable processors — helped bring the creature to life on the big screen.

Scanline VFX used Ziva VFX software and Intel’s Xeon processors to create the creature, known as the megalodon, with lifelike realism (even though these beasts seem mythical). The Intel tech helped determine the way the shark moves in the water and its underlying muscle and skin. (There were probably some graphics processing units — or GPUs, like those made by Nvidia and Advanced Micro Devices — but we won’t talk about those right now.)

“At Intel, we strive every day to make the amazing possible, and it’s exciting to see our Intel Xeon Scalable processors used to bring the film’s Megalodon to life on the big screen,” said Julie Choi, head of AI marketing at Intel, in a statement.

Intel said that AI technology allows movies to create incredibly detailed and lifelike graphics, while saving time throughout creative iterations, which helps to elevate the art of movie creation and enhance the audience experience. 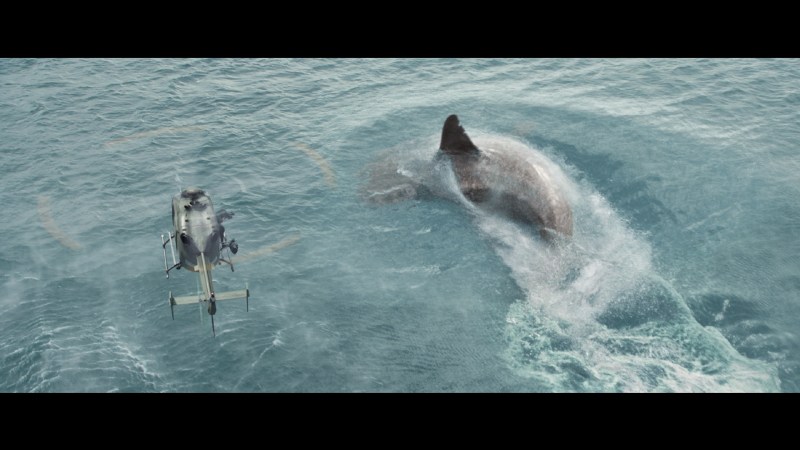 Above: A 75-foot shark. Must be The Megalodon.

In addition to bringing the megalodon to life, Scanline and Ziva also needed to ensure its movements through the ocean, a fluid background, were realistic. They were able to realistically create the megalodon — the largest species of shark ever found, which lived as recently as 2.6 million years ago, in the Neogene period — moving through water by processing a number of physical simulations and then running the simulated shark through all of the movements and poses needed in the shots for the film.

“At Ziva, we help creators make amazing creatures with the power of Intel AI,” said James Jacobs, CEO of Ziva VFX, in a statement. “One of the great advantages to using Intel Xeon Scalable processors is that they allow us to generate amazing training data. When you want to train a machine learning process, it needs to know how something is going to behave in order to anticipate itself, or extrapolate how it expects something to behave — in this case, the movement of the shark itself. Intel Xeon technology helped the film’s creators do that quickly and efficiently and in the most realistic way possible.”

“To create The Meg, we needed a massive amount of performance in our computer system,” said Stephan Trojansky, president and VFX supervisor at Scanline, in a statement. “Years ago, you would have needed a huge render farm and a large crew for a very small amount of footage — today, we can use 2,500 Intel Xeon processors with almost 100,000 cores that are used to compute all of the needs of the movie. This enables fast iterations and the ability to present multiple options to the director, which is critical in making the best possible visual effects.”

The film debuted on August 10 in select theaters and IMAX locations. It will be distributed in China by Gravity Pictures and throughout the rest of the world by Warner Bros. Pictures, a Warner Bros. Entertainment Company.