Intel has begun pushing the boundaries of wildlife research by using artificial intelligence-based drones for observation.

Drones have been used to unobtrusively gather video and other data on wildlife, from polar bears to whales. In honor of World Animal Day, Intel said its AI-based drones have been used in two wildlife research expeditions. Intel collaborated with a wildlife photographer on one expedition and teamed up with conservationist and nonprofit organizations Parley for the Oceans and Ocean Alliance on another trip.

“Artificial intelligence is poised to help us solve some of our most daunting challenges by accelerating large-scale problem-solving, including unleashing new scientific discovery,” said Naveen Rao, vice president and general manager of Intel’s AI products group, in a statement. “Intel is proud to bring our expertise and technology to these research efforts and aid in the mission to better understand the health of our planet and, ultimately, humanity.” 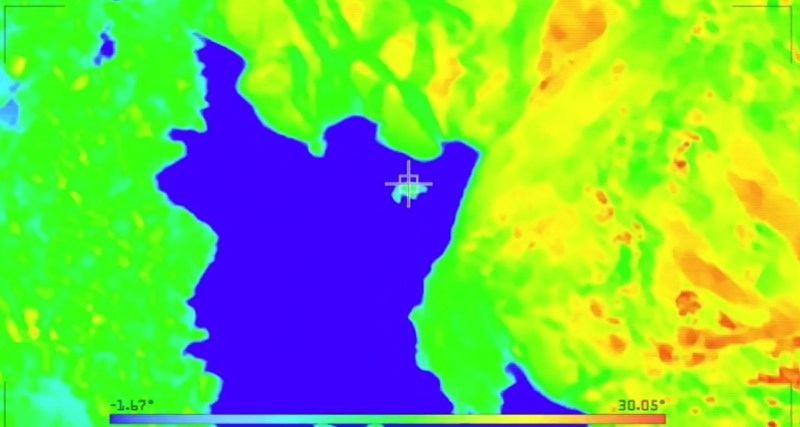 Above: The green part within the blue section is a polar bear, identified by a drone.

Previously, researchers had to use helicopters or boats to observe polar bears in treacherous arctic conditions. But Intel provided Intel Falcon 8+ drones to wildlife photographer and conservationist Ole Jørgen Liodden, allowing him to capture data on polar bears using drones.

With the technology, he will be able to capture data on breeding, feeding, and migration habits. So far, the bears didn’t show any signs of distress or change in behavior when the drones came within 50 to 100 meters of them. The thermal camera payload made it easy to spot the bears against the colder background.

This kind of research is important because bears are like canaries in the coal mine. If they are in trouble, it means climate change could affect humans as well, said Liodden. “Polar bears are a symbol of the Arctic,” he explained. “They are strong, intelligent animals. If they become extinct, there will be challenges with our entire ecosystem. Drone technology can hopefully help us get ahead of these challenges to better understand our world and preserve the earth’s environment.” 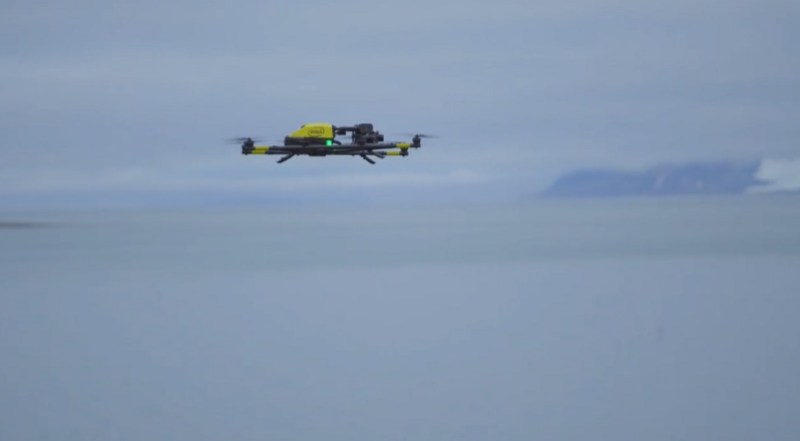 Above: Intel Falcon 8+ drone in the arctic.

Intel also worked with Parley for the Oceans and Oceans Alliance on Project SnotBot. On this expedition, Intel used its machine learning technology to improve data analysis in order to spot and identify whales and assess their health in real time. The SnotBot drone has been used to collect spout water from blue whales, right whales, gray whales, humpbacks, and orcas in oceans around the world. That data helps scientists understand the health of the oceans, as well as of the whales themselves.

“Parley Snotbot, a collaboration with Ocean Alliance and Intel, is a new and non-invasive research technology which allows us to explore our oceans in real time and open-source data and knowledge,” said Parley for the Oceans Founder Cyrill Gutsch, in a statement. “Our vision is to create a global network of digital exploration tools which generate the big data we need to identify threats with new speed and precision, so we can act on them instantly.”