Intel is working on a new transistor called MESO that could be 10 to 30 times more efficient than existing transistors, a potential game-changer for the industry (see our main article here). It could help solve many of the world’s biggest problems, spurring AI efforts that could help everything from fighting climate change to improving waste management.

We interviewed Intel’s Amir Khosrowshahi, CTO of AI, and Ian Young, Senior Fellow and circuit designer and lead researcher on the MESO project. Khosrowshahi, who is supposed to be focused on product development and thus on projects with impact within the next 2 to 5 years, says he’s more excited about MESO than any other project right now — even though it could take 10 years to get to market. Young’s team wrote a paper about MESO for Nature, published in December. A few niche publications picked up on it, but it was not otherwise widely discussed.

Below is an edited transcript of the interview:

VentureBeat: When it comes to the chip level, where would you say we are in the unfolding of this AI revolution?

Amir Khosrowshahi: I think [American computer pioneer] David Patterson describes it as the era of domain-specific accelerators. We’re now optimizing things at the micro-architectural level of chips. And we’re building custom silicon ASICs for AI and machine learning. This is what my startup Nervana did, and what Intel is also doing now that they’ve acquired my startup. In the next couple of years, what we’re going to see is as a wonderful array of new AI products. But I would argue that the space is kind of fully explored. We’ve been looking at the space — myself and Ian Young, and others — and there are some bottlenecks and limits, where, in order to get to the next set of things, there are more fundamental innovations that we have to do.

VB: What is that?

Khosrowshahi: This is Ian’s work. MESO is one of the things he’s working on. I’m just very excited; it’s going to give us a next generation of AI hardware. It seems kind of esoteric and obscure. It’s not. It’s actually probably the most important thing I’m working on. 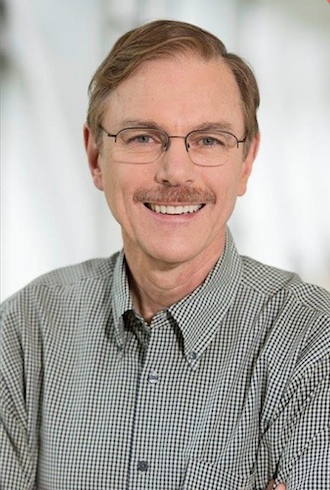 VB: Ian, can summarize your work around circuit design, and the connection with Amir, who is driving AI?

Ian Young: There will be more innovations that provide evolutionary improvements in CMOS to reduce the cost per transistor. What MESO is about, though, is a revolutionary change, one that will make a bigger leap in improving power performance. The reason why so many people are saying Moore’s law is dead is because power-performance is not improving as fast as in the past — I explained this in my two recent blog articles [Editor’s note: Young’s articles are here and here].

When I’m looking at finding another transistor, I have to pay attention to AI. That’s going to be a huge part of the chips that we sell. And it’s a big, big interesting coincidence that I get together with Amir, and there is an intersection. MESO can build majority gates. Majority gates is the next door neighbor to the neuron. Deep neural networks is about neurons and weights. We’ve found that this MESO technology and things that can do majority gates is very attractive in AI.

In addition to this, the power supply voltage of the next transistor has to go down. And that’s the other thing that AI is challenged by: moving data. The data movement is where all of the energy is consumed. This is where Amir really sees it: The future big-step growth in AI, if we’re really going to make it, is in what he calls the substrate, or the basic integrated circuit.

VB: What were some of the key recent breakthroughs when it came to conception of the MESO?

Young: One was the magnetic switch. CMOS is a switch that can’t switch at lower voltages than 0.5 volts. We have to lower the voltage of the switch to get power benefits. MESO has an input signal and output signal processing side to this. The input side is based on switching a ferroelectric material that at the same time has magnetic behavior. So now we’re getting into quantum materials. When we switch ferroelectric materials, we also switch their magnetic properties, and we use those magnetic properties to control a nanoscale magnet. With an input voltage we can switch the nanomagnet. The nanomagnet has a thresholding function, so we can bring multiple inputs and threshold it with this nanomagnet.

Second, on the output side, we had to convert from the nanomagnet back to electronic charge, and that we do with another quantum effect that’s really cool — incredibly cool — that came out of some interaction with a university in France and a Nobel laureate, Albert Fert. It’s called the inverse Rashba-Edelstein effect. It’s very, very cool. Basically we send some current through the nanomagnet. Based upon whether the nanomagnet is pointing north or south, the current coming out of that nanomagnet will either be positive or negative. If it’s a positive current, we can send some charge forward to the next gate and charge the ferroelectric capacitor. If it’s negative, it takes some charge out of that next gate’s capacitor and discharges it. That’s using a very quantum effect in spintronic materials.

VB: The official line here from Intel and your University of California, Berkeley collaborators is that it’s going to take 10 years. Can we expect any breakthroughs before that?

Khosrowshahi: CPUs, which are the most commonplace when you’re building silicon, are oddly enough the hardest thing to build. But in AI, it’s a simpler architecture. AI has regular patterns, it’s mostly compute and interconnect, and memories. Also, neural networks are very tolerant to inhomogeneities in the substrate itself. So I feel this type of technology will be adopted sooner than expected in the AI space. By 2025, it’s going to be biggest thing.

Young: That’s the point about MESO. We see it being very compatible with the direction of deep neural networks. So that’s the reason why Amir’s research team and mine are collaborating. It’s because we see the intersection of devices based on quantum materials and AI architecture of computing.

Khosrowshahi: To be sure, this is a guess. It’s backed by me personally, and why I’m spending so much time on this. There’s such a virtuous cycle of innovation in the AI space that things are happening faster than people ever expected. Whether this is going to play out the way I imagine or not, who knows. But what I expect is that we’ll be exploiting these materials sooner than later, because AI is going to be a huge workload; there are going to be huge economic incentives to innovate. So Ian’s field is likely going to realize the potential sooner than later.

Young: If we can get these improvements in power-performance — MESO will be a 10 to 30 times better power-performance or energy-delay product – but let’s say we only get a 2X improvement. That gives us, for a given power into the device, a 2X performance benefit, so it’s a huge leg up on the competition. That’s what drives this. Not only is this good for my company but it’s an opportunity for the industry. The research is open, because we have so much heavy lifting to do with these materials. But if this is a thing that we as an industry can get a hold of, this could be a game changer for the semiconductor industry. It will take it through this curve that has been flattening. We may accelerate again. And that would be really neat.

VB: You think that the CEO of Intel could lobby the Trump Administration for more support of this?

Young: The message to management and industry leaders is that we need to all work together. This isn’t a one-industry, one-company effort. … You’re familiar with the moon shot, and all of the technologies that came out of having a goal? I’d make the analogy. We’ve got a long-term goal, and we need it. The world and civilization need it. We can’t just be with CMOS forever, right?

I think that everyone thinks quantum computing is going to go solve world hunger. I’m going to get into trouble for saying that, because we do quantum computing at Intel. But I want to make the message that yes, with quantum computing, we’re going to learn a lot from that, and maybe make a quantum computer. But we also need to serve all these other markets: neural networks, and AI; we need to do mobile computing and exascale scientific computing. These applications need to be served with a new integrated circuit.

VB: Why are you going to get into trouble?

Khosrowshahi: Let me take that one. Intel has efforts in quantum computing and neuromorphic computing. We don’t want to say these are distractions. But there’s too much on the spectrum of things to invest in. This MESO project is more worthwhile to me as a researcher. It’s the most promising thing to me.

VB: Explain the push-back on this. Because you’re too long-term focused?

Khosrowshahi: AI is really hyped. There’s a lot of focus on what’s happening today. There’s this neural network that can recognize this many spiders, and can potentially drive a car. There’s this thing called the GPU. There are Nvidia’s graphics cards. Everyone is looking two or three feet ahead of themselves. And I have to say that things are kind of looking the same to me. It’s potentially controversial because I’m looking too far ahead, whereas most people are looking right in front of them. An idea of a new kind of transistor will seem very far afield. But I can tell you it’s very compelling. I just start getting very excited, because this is possibly the fundamental unit of computation for AI in the future. What could be more important?

VB: Amir, even if MESO is viewed as taking 10 years, you seem to be saying that this could happen faster because of the sheer momentum out there.

Khosrowshahi: The impression I’m getting from my field is that things are happening much faster than everyone expected, over and over and over again. So why would it not happen in this area, that we make innovations and great advancement at the device physics layer faster than anticipated?

More, maybe, because people are going to read about it, they’re going to be like, “Wow, that’s actually a good point that Ian’s work is valuable,” and some other machine learning researcher at Google or Facebook who was never even considering the space will read about it and say “Wait a minute, that’s true, that if we can make these advancements, it’s non-volatile, it has this many generations of scaling, the interconnect is really important.” We just learned that this past year.

The brain is an existence proof that special materials exist. Let’s get there!

Young: It’s exciting. One day there will be an integrated circuit that can operate at 100 millivolts. What does that mean? That’s a step in the direction of being a two or three millivolts brain.