Autonomous cars will prove critical to the future of cities, according to Raj Kapoor, Lyft’s chief strategy officer and head of business for self-driving. But he added that riders may need to adjust their expectations and warned of unintended “second order” effects of the burgeoning driverless car industry.

Kapoor was speaking at the Move 2020 mobility conference in London yesterday, where he outlined takeaways from one of Lyft’s commercial self-driving programs in the U.S. The San Francisco-based ride-hailing company partnered with Ireland’s Aptiv nearly two years ago to launch a fleet of autonomous vehicles on Lyft’s ride-sharing network. The self-driving option was first made available to the Las Vegas public in May 2018, and this week the duo announced that they’ve now passed 100,000 rides.

The arguments for self-driving cars are well documented, and Kapoor noted that the technology could improve road safety, encourage car-sharing, and reduce congestion and emissions. Moreover, the vehicles’ interiors could be transformed into hubs for working, sleeping, and watching movies. It’ll be more like air travel, with people less interested in what a car looks like from the outside than their options inside.

More broadly, new mobility options could support the anticipated growth of urban populations in years to come, something Lyft wants to play a pivotal role in shaping. “Two and a half billion people will be moving into cities,” Kapoor said. “Mobility is critical, not just so that people can get from point A to point B, but it’s critical to their economic lives as well. And simply adding [more] roads and vehicles won’t work.”

Kapoor pointed to how urban transport is evolving to embrace multi-modal options, subscriptions, and what basically amounts to an “access over ownership” model. “We’ve seen it happen with Spotify, and we’re going to see it happen to transportation as well,” he said.

Lyft has a vested interest in the “transport-as-a-service” narrative, of course, and the company — alongside Uber and others — stands to make a lot of money from people ditching their cars. But Kapoor was also frank about potential knock-on effects of a shift to driverless transport.

For example, with a human driver you can stipulate exactly where you want to be dropped off as you approach the destination, or you can wave at a driver during pickup if you’re not quite where you’re supposed to be. With an autonomous car there’s less room for riffing, which is why Lyft offers a handful of preset options for drop-offs and pickups as part of its autonomous driving program.

“We take for granted that in a ride-share or a taxi, the driver will drop you off exactly where you want to go,” Kapoor said. “If it’s a robot, they have to follow the rules. And what that means is that it needs to be much more explicit about pickups and drop-offs.”

For people who don’t like to walk, or prefer a little flexibility with their rides, that may take some getting used to. But it’s far from a deal-breaker. 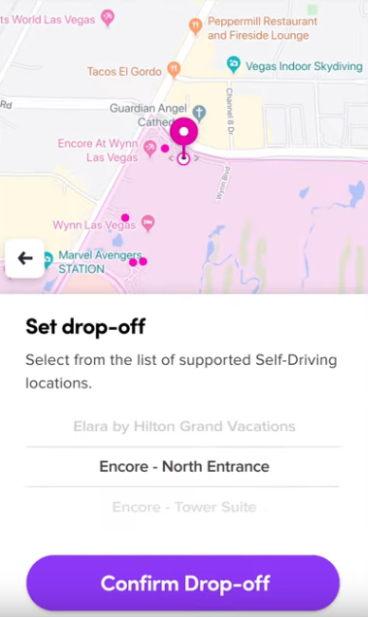 Kapoor pointed to a handful of other unintended trade-offs if people ditch their own cars for driverless vehicles — including issues around personal identification and organ donation.

“There’s also a lot of second order effects once this world is self-driving,” Kapoor said. “In the U.S., we identify ourselves with a driver’s license — if people aren’t driving, how do you identify yourself? What about organ donation? What happens when people aren’t getting into [car] accidents?”

It’s true that roughly 20% of organ donations come from people who have died in car accidents. A reasonable counterargument would surely be that having fewer people die in accidents is a good thing, and their organs are still serving their original intended purpose. However, the broader point is that people and industries will have to adapt to the autonomous car movement. But if that is what is needed to transform cities back to people-centric places, Kapoor believes it will be worth it.

“We have made many cities, especially in America, mostly about parking,” Kapoor said. “Fourteen percent of Los Angeles is now parking. It doesn’t make sense because the consumer is utilizing the vehicle 4% of the time. So 96% of the time it’s sitting idle.”

This is a sentiment echoed by Lyft cofounders Logan Green and John Zimmer.

“Over the last 50 years, urban development has centered around the automobile, but imagine for a minute what our world could look like if we found a way to take most of these cars off the road,” they wrote in a regulatory filing last year as Lyft prepared to go public. “It would be a world with less traffic and less pollution. A world where we need less parking — where streets can be narrowed and sidewalks widened. It’s a world where pedestrians, bikers, and children can navigate a city just as quickly and safely as an automobile. That’s a world built around people, not cars.”