Mary Meeker released her annual Internet Trends Report today to highlight a broad range of subjects influencing the future of technology, ranging from the proliferation of artificial intelligence to flat growth for smartphone sales in 2017, the first time since the advent of the smartphone.

Like the 2018 Tech Trends Report from futurist Amy Webb released in March, Meeker’s report highlights Chinese momentum in the creation of complex artificial intelligence systems and the government’s forward-looking plan for the creation of AI innovation systems and increased cooperation between civilian and military AI initiatives.

While the U.S. is still ahead, the report refers to China as “focused and organized and gaining,” highlighting that with a quote from former Google CEO Eric Schmidt that predicts China and the United States could be equal in AI prowess within the next five years.

As the world ponders the impact automation may have on job markets, Meeker asserts in the new report that technology has historically always both created and taken away jobs, and that, for example, aviation jobs increased as the number of jobs related to trains went down, or service job openings went up with the decline of agriculture jobs. New technologies typically create new jobs, efficiency, and growth, and any trends to the contrary would be “inconsistent with history.”

The report also highlights how things like the reduction in word error rate for Google’s voice apps and more than 30,000 Alexa skills are making conversational computing a bigger part of people’s lives.

AI spend among enterprise customers is also expected to increase. 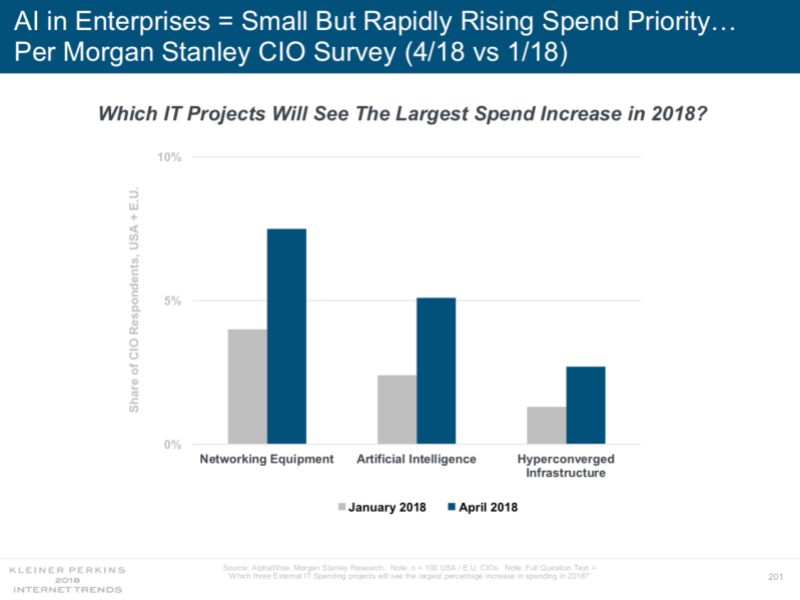 Among other standout statistics shared in the report: 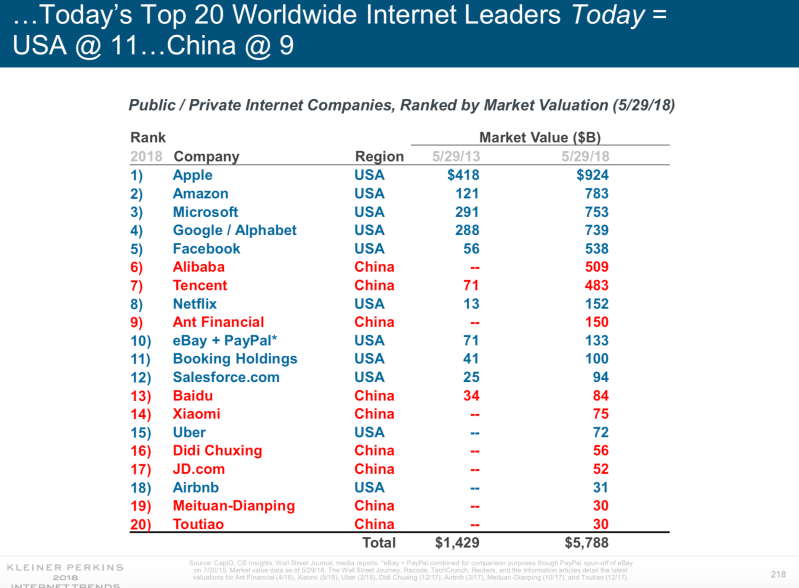 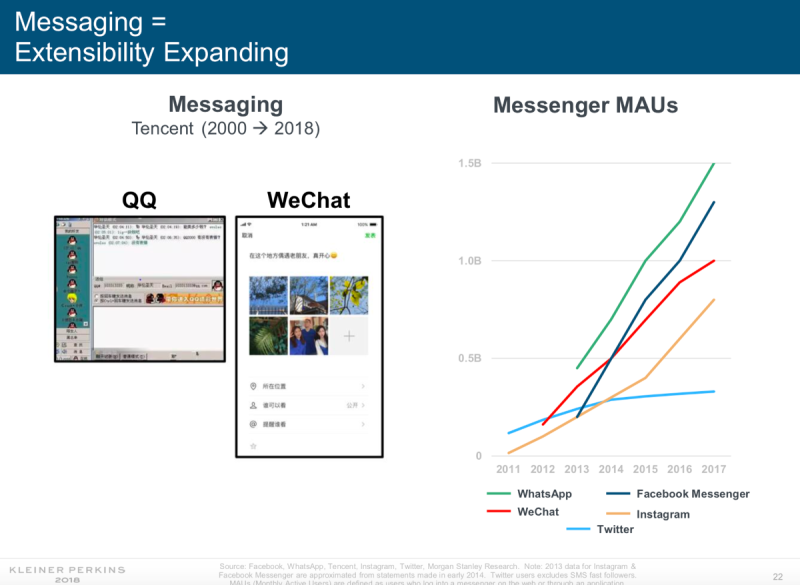 Among other subjects addressed in the wide-ranging 294-page document, the report dives into how people face their toughest expenses like health care, food, transportation, and shelter, and how tech platforms like Airbnb and Uber are disrupting existing players like hotels.

The report also explores how enterprise software like Slack, Dropbox, Intercom, and Zoom are changing the way people do work in offices, and even U.S. debt and spending resulting from government entitlement programs like Medicaid and Medicare.

The Kleiner Perkins Caufield & Byers (KPCB) report draws insights from a variety of sources like eMarketer, World Bank, and financial software company Intuit. A portion of the report examining tech trends in China was compiled by Hillhouse Capital.