Libin and cofounders Jessica Collier and Jon Cifuentes call All Turtles an AI startup studio because they say they plan to take a Hollywood studio production approach to creating products that infuse AI.

“We’re inspired by the modern generation of integrated content studios: HBO, Netflix, Amazon,” said Libin in a LinkedIn post Monday. “They can swing for the fences with every new show because the feedback loops are tighter, making the process more repeatable. They attract the most talented creators by letting them focus on making the best content with as little distraction as possible. We want to do the same for product creators. Focus on making the product, and we’ll help with everything else: AI expertise, design, data, HR, marketing, IP, analytics, distribution.”

No details have been shared about the size of the incubator, but General Catalyst and Japanese investment firm Digital Garage will back the venture, which plans to work with startups and makers of bots and conversational AI, as well as devices and hardware that harness AI. Investors like General Catalyst may later choose to invest in some All Turtles-backed companies. 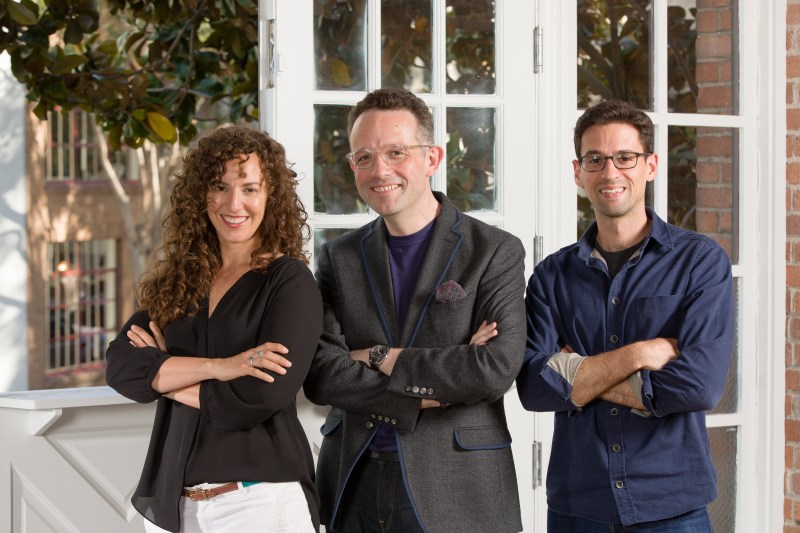 All Turtles wants to open offices in Tokyo and Paris by the end of the year but will begin with 10 startups in San Francisco, primarily makers of bots. Makes sense considering the fact that Libin was a well-known early bot investor and Cifuentes was an early researcher of the bot landscape (full disclosure: Cifuentes was a bot industry analyst for VentureBeat).

Among those chosen are some of the best-known bot makers since the craze began with the entry of Facebook, Microsoft, and other tech giants to the market last year.

Here’s a quick look at eight of the 10 companies All Turtles will work with first. The final two of the 10 remain in stealth. Libin was an investor in five of the 10 while at General Catalyst.

Replika is a new company and subsidiary of Luka, an All Turtles spokesperson told VentureBeat.

Luka may be best known for Roman, a bot that founder Eugenia Kuyda created to memorialize her friend Roman Mazurenko, who died in a traffic accident in 2015, based on their conversations. Another popular person to speak with on the Luka app is Prince, whose bot also launched posthumously.

Far beyond the making of personal assistants to keep your schedule, this type of bot tries to capture the feeling of talking to someone who is not there by drawing on old chat transcripts or writing samples.

Doing so may begin to verge on what Soul Machines CEO Mark Sagar calls “digital ghosts” — bots made from the essence of a person that live on after you’re dead. It’s a scenario played out in an episode of Black Mirror, for example, when a woman puts her dead husband into a robot after allowing a company to create his old emails.

While interviewing Kuyda at a Leade.rs event last fall, Libin called personal bots “the most emotionally revenant and amazing use case” for bots and predicted that it could be the first true killer application of bots.

While Luka continues to work on its service to provide personal bots, Replika appears to be benefiting from the same neural networks. Instead of a bot of an old relative, Replika focuses on you, learning your tone and personality, storing memories, and chatting with you like a friend to create a kind of conversational journal.

The Replika app launched in the iOS App Store in March but is currently invitation only.

This company uses a combination of outdoor sensors, lighting, and a drone for home security. When ground sensors in the lights detect what they believe to be suspicious activity, the drone deploys to stream video to your phone so you can decide if activity outside your home is true danger.

Sensors outside the home use AI to try to determine the difference between your pet, your child, and an intruder.

Joshua Browder is just a 20-year-old Stanford University student, but he’s the creator of perhaps the best known bot startup to join All Turtles.

Browder created DoNotPay, a bot Browder says has helped hundreds of thousands of people in New York and London successfully challenge parking tickets. He told VentureBeat he created the free bot because he believes parking fines unfairly weigh most heavily on the poor.

Browder is also the maker of bot-based services to help refugees apply for asylum in the United Kingdom, help teen orphans find housing in the U.K., help people with HIV in the United States understand their rights, and give airline passengers kept on the tarmac apply for compensation.

Fun to hang out with George Bush in Dallas. Even U.S Presidents get parking tickets! pic.twitter.com/uAr44ZWS32

For its free services, DoNotPay has been in international news for more than a year now. When he isn’t in class, Browder has been at tech conferences and events around the country alongside founders of many other bot and AI startups that have found seed investment.

Bonus: One of the best pictures you’ll see this year is Browder sitting uncomfortably next to George W. Bush in a green room about a month ago.

This bot, made to share emoji kudos in Slack and Microsoft Team channels, markets itself as a way to reinforce company culture. Growbot started with emojis and has since grown to include mini promotions that managers or colleagues can give in a Slack channel, such as a free Uber ride. A Company Values feature, which answers any employee who asks “@growbot what are our values?,” is also in beta.

Growbot is currently used by 10,000 Slack teams and is backed by General Catalyst and Slack Fund.

Octane.ai is a bot creation platform that promises to help you make a bot in a matter of minutes.

It tackles common use cases like for forms or sales, for customer service, or to launch a campaign. Artists currently using the platform include 50 Cent, Lindsay Lohan, and Aerosmith.

Cofounders are former Mashable editor and early stage startup investor Ben Parr and Matt Schlicht, creator of the Bots Facebook group and Chatbots Magazine, early meeting places for the small community of creators, investors, and others passionate about making bots.

Just days after the launch of the platform, Schlicht was criticized by other bot startup founders because they say they wouldn’t have shared their pitch decks with Schlicht if they knew he was creating his own company.

In the earliest days of Chatbot Magazine and the Bots page Facebook community, Schlicht asked other founders to send him their decks and he would forward the most promising on to investors. In total, more than 100 pitch decks from early stage bot startups were shared, Schlicht said.

In response, Schlicht apologized in a Facebook Live video. A voting process was put in place, and 10 moderators were elected to moderate activity in the channel, which now boasts more than 26,000 members.

Together with Benjamin Costantini and others, Le Meur created Le Web, an annual tech conference held for more than a decade in Paris.

Not a lot is known about Butter.ai, but it’s an enterprise service that helps companies find and share internal information.

Butter.ai helps companies search their files and chat. One of Libin’s first investments at General Catalyst, it was also among the first batch of companies to receive investment from Slack Fund, an $80 million fund the business chat company uses to seed its platform.

Butter.ai was one of the first to graduate from General Catalyst’s Hatch program.

Edwin is a Facebook Messenger bot that teaches English to native speakers of Japanese, Hindu, and other languages.

At a panel with other early stage bot investors last fall where he mentioned a recent investment in a language training bot, Libin asserted that he believes language training will be one of a handful of experiences in which people will come to find bots more useful than humans.

Edwin launched in alpha in March. CEO and founder Dmitry Stavisky wants to build Edwin into a comprehensive English as a Second Language (ESL) tutor that incorporates help from both humans and the Edwin bot.