It appears bots will soon be integrated into Bing search results, and this news will likely be announced next week at Build, an annual Microsoft developer conference taking place this year May 10-12 in Seattle.

Multiple news outlets are reporting from anonymous sources that bots are coming to Bing, but verification can be found in the Build schedule, which includes a session titled “Chatbots on Bing.com.” The session invites developers to “learn how chatbots enhance the Bing experience and how you can add your custom bots to Bing.com.” 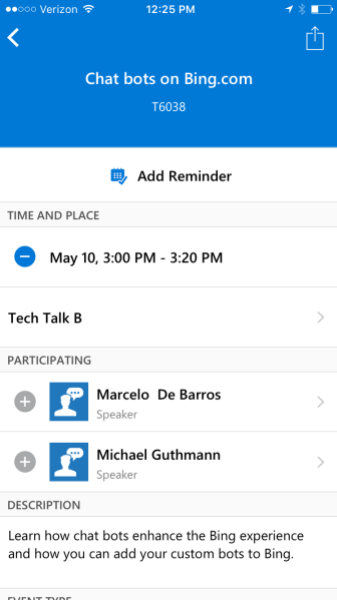 MSPoweruser describes how the bots will show up at the bottom of the screen, similar to Facebook Messenger’s experience, and that Microsoft, third-party developers, and businesses will be able to integrate bots into Bing. Infobot, a bot that draws on the corpus of wikipedia.org knowledge, is among the initial bots and will appear when people ask questions. 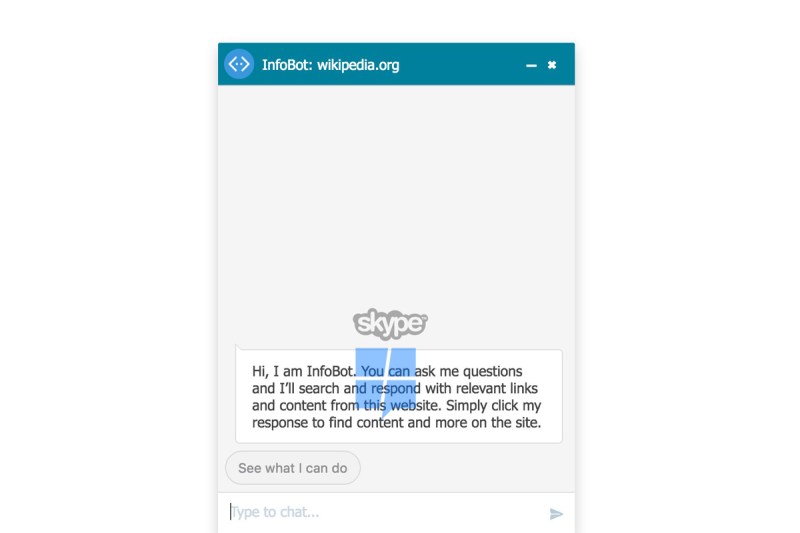 Hints of such an integration came last month when Bing users in the Seattle area near the Redmond, Washington Microsoft headquarters began to see bots in search results for local restaurants, according to reporting by Search Engine Land. Search “Monsoon Restaurant Seattle” now and you can try out the bots on Bing experience.

At that time, VentureBeat reached out to Microsoft, but the company declined to comment.

Along with bots on Bing and a potential Microsoft Bot Framework update, Microsoft is widely expected to continue its foray into conversational computing and release its Cortana Skills Kit. The schedule also alludes to this with sessions titled “Create Cortana skills for your customers, partners, and workforce” and “Cortana skills development: Get started.”

When a Cortana Skills Kit and Cortana SDK for making third-party voice apps were announced last year, the target was February, and then Microsoft committed to releasing the skills kit in March. Neither have been released. Cortana integrations in BMW, Volvo, and Nissan cars were announced at the Consumer Electronics Show in January.

Several sessions at the three-day event are devoted to artificial intelligence, bots, and Cortana. Other sessions go over how to make bots and integrations for Microsoft Teams, Skype for Business, and Skype.

Since the Tay disaster and the Microsoft Bot Framework launch a year ago, Microsoft CEO Satya Nadella has said he wants bots and AI in every home and called conversational computing a revolutionary interface every developer will incorporate in coming years.