When Facebook launched its chatbot platform three months ago, the immediate hype was soon burst by a series of articles about how useless the first wave of bots were.

But slowly and surely, a massive wave of tens of thousands of developers and bigger companies have hatched bots that actually do real, meaningful things — from getting health tips from doctors, to getting personalized help with travel plans. We’ve been covering the news so far on our bots channel. At next week’s MobileBeat 2016 event on July 12-13, we’ll showcase a critical mass of bot activity. Once and for, it’ll prove that bots are coming in a big way. There’s no turning back now. Bottom line: Companies have to figure out what their bot strategy is.

Let’s start with Facebook’s initial launch partners in April. There were many — including players like Shopify, Expedia, and Fandango. But most of them didn’t actually have live bots ready to go when Facebook launched the platform. Over the past three months, though, they’ve been working away on their bots, and we’ll be showcasing several of them at MobileBeat 2016, some for the first time.

At MobileBeat, we’ll also see one of the world’s largest pizza chains and one of the nation’s top grocery chains launch their bot strategies. We’ll hear from Wingstop, the chicken-wing restaurant chain, the first quick-service restaurant company to launch a bot on Facebook (Burger King originally said it was going to launch a bot, but hasn’t done so yet. And while Taco Bell launched a bot, it was solely on Slack). A leading national ticket-selling company will also launch its bot strategy at MobileBeat. 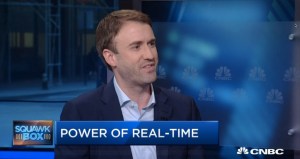 And we’ll see the first demo of a bot that runs a country’s public transportation system.

The list of new announcements at the event is too long to cover completely here, and we’re keeping many of them stealth until the event to respect companies’ launch plans. We’ll see new bots helping consumers and professionals do things in all sorts of areas: financial services, CRM, health, accounting, and travel industries. We’ll also see a host of new bot service provider companies: One offers end-to-end analytics for bots, another provides a Mailchimp-like service but for bots (cooler than it sounds, because it’s discovered a hyperpersonalized feature on Facebook), and several others offer robust and visually pleasing enterprise bots, including one that integrates nicely with Slack.

Finally, through deep-dive sessions, we’ll learn how brands and businesses are dealing with all the other important needs around bots, like customer service, when and when not to use natural language, the importance of personality, how to monetize (we’ll have one of the first big bot ad-monetization networks, Samba, on hand), how to do attribution, multivariate testing, design best practices, and how and when to integrate A.I.

The hottest area, by far, is travel – and that’s going to be reflected at MobileBeat 2016. Almost every major travel company will be represented at the event, including Priceline/Booking.com, Expedia, Hipmunk, AirBnB, TripAdvisor Trivago, and at least two new bot companies that are launching services at MobileBeat for the first time. For too long, travel companies have had to rely on Google for their leads. Google’s search engine is where most people type in their travel plans, and travel companies have found few alternatives — until now. With billions of consumers now spending more time in chat apps like Messenger, Whatsapp, Kik, and Line, travel companies are eager to engage them directly on those platforms through bots. 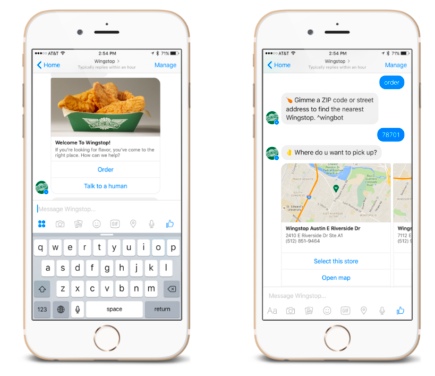 Finally, we’ll see how voice, visual, and text conversational interfaces are all emerging quickly — and how some fast-moving companies like Wingstop plan to use any format that that their customers find most useful. Facebook boasts that tens of thousands of developers are building bots on Facebook Messenger, and that it already has 11,000 bots live — all within three months of launch. However, the voice conversational interface may be just as hot. Amazon’s Alexa has emerged from nowhere just a year and a half ago, and Amazon says tens of thousands of developers are working on the platform. Indeed, MobileBeat 2016 will be the first time that Amazon’s Rohit Prasad, vice president of Machine Learning for Alexa and Speech, will be presenting remotely — a sign that Amazon is starting to speak up about its prowess in natural language understanding.

If all that isn’t enough to make you want to come to MobileBeat, I don’t know what will. We’re tapping into all this developer activity by also hosting the first international botathon. Below is an updated agenda of the event. This is a pivotal time in technology, and I’m personally as excited as I’ve been about the state of innovation in mobile. Hope you are too. See you there!