Mythic announced today that it has closed a $40 million round of investment led by SoftBank Ventures to help bring a high-speed, low-power AI chip to market.

The company will use this massive infusion of cash to help launch its specialized silicon next year, roughly seven years after the company was first incubated at the Michigan Integrated Circuits Lab. Mythic’s technology performs machine learning inference calculations using analog electrical signals and flash memory, which the company says allows for higher performance and a lower-power draw than more conventional techniques, like using GPUs.

Mythic is targeting one of the biggest bottlenecks in machine learning computation: moving data to and from memory for processing. Because all of the neural network inference computation takes place on the same silicon that stores its weights, it’s supposed to work faster. 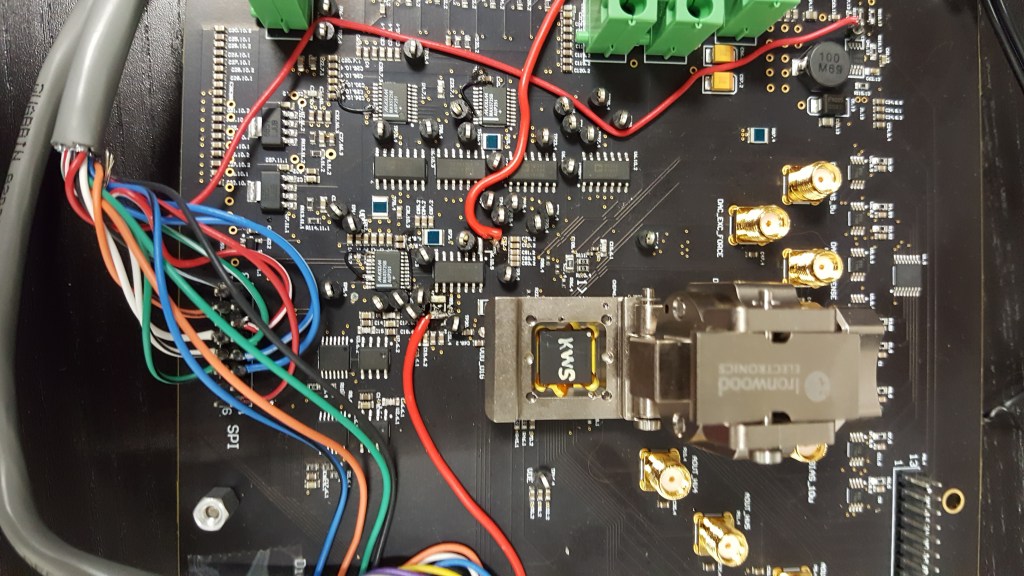 The startup is part of a bumper crop of new companies that hope to capitalize on the massive interest in AI by offering new custom silicon that promises to outperform general-purpose architectures. However, Mythic is competing against not only fellow newcomers but also legacy chipmakers racing to add dedicated AI chips to their product portfolio.

Mythic cofounder and CEO Mike Henry told VentureBeat in an interview that he thinks the company’s technology and its focus on edge computing applications will give it a leg up over the competition.

The startup’s first products will be boards that allow developers to slot Mythic’s chips into hardware they’re already working with. In the future, Henry wants to see his company’s chips designed into gadgets, rather than added in after the fact. That will make the technology more sticky, since it will be locked into a generation of hardware.

Lockheed Martin Ventures, the defense contractor’s venture capital arm, made a strategic investment in Mythic as part of the round. Henry said that Lockheed Martin plans to be a customer when the silicon hits the market.

SoftBank Ventures named Arm executive vice president Rene Haas to Mythic’s board as part of the deal. He’s a natural fit, since he worked at Nvidia prior to joining Arm. (It’s worth noting that Haas’ appointment doesn’t connote any sort of partnership between Arm and Mythic, however.)

Mythic plans to receive the first samples of its silicon by the end of this year, with full production ramping up in 2019. The company is also going to keep growing its headcount. This time last year, the firm consisted of 10 people in Austin, Texas, and it has since grown to 45 employees, with an additional office in Redwood City, California. Henry said he expects to reach 85 employees by the end of this year.

The company still has several key proof points ahead of it. Right now, it’s easy to make claims about how its technology will perform at launch, but the proof will come when customers get their hands on the final product next year and can test those claims for themselves.