Nvidia CEO Jensen Huang said AI would drive long-term demand because it is the “single most powerful force of our time.”

Nvidia reported earnings and revenues that beat analysts’ expectations as demand for graphics and artificial intelligence chips picked up in the second fiscal quarter. Huang also said his company’s near-term growth will come from gaming and a couple of variants of the company’s artificial intelligence chip business: inferencing and AI at the edge.

During a conference call with analysts, Huang said artificial intelligence is the “single most powerful force of our time” and that there are more than 4,000 AI startups working with the company — as compared to 2,000 AI startups in April 2017. In an interview with VentureBeat, Huang said the actual number of AI startups Nvidia is tracking is closer to 4,500.

But he added that this would take a while to translate into huge results for such applications as self-driving cars, an area that is riding the final, long-term wave of AI growth.

Gaming and graphics rule for now

Santa Clara, California-based Nvidia makes graphics chips (graphics processing units, or GPUs), and it found that such chips were good for AI processing such as recognizing objects.

But while AI is on the growth path, gaming is still the biggest part of the business. Nvidia reported earnings per share of $1.24 on revenues of $2.58 billion in the second fiscal quarter ended July 31. Gaming was about 50.3% of total revenues, and GPUs were 81% of revenues.

Huang said gaming is going through a revival thanks to the real-time ray tracing technology in the company’s latest RTX graphics chips and Turing architecture. RTX chips had a slow start last fall because games weren’t ready for the nuanced lighting and shadows that RTX brought.

But as RTX has waterfalled through the product line and become cheaper, gamers are picking it up, helping to produce $1.3 billion in gaming revenue in the quarter. 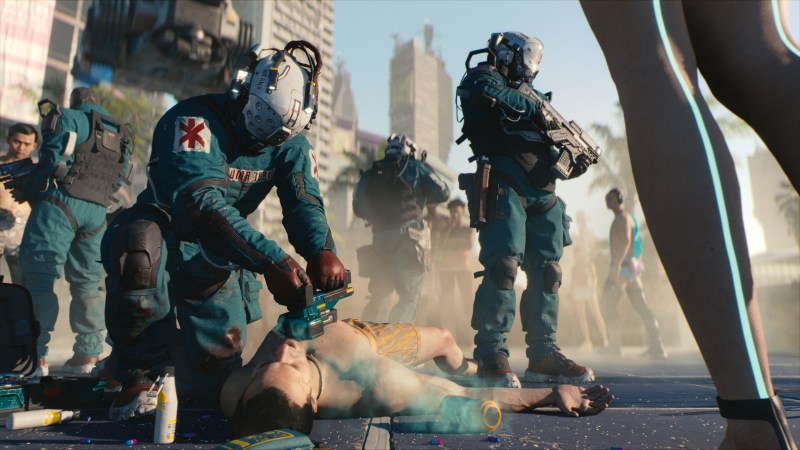 Above: Cyberpunk 2077 has a positive vision of health care in the future.

Colette Kress, chief financial officer, said on the call that demand for Nintendo Switch hybrid consoles — which use Nvidia’s Tegra processors — is seasonal. She said production typically ramps in the second fiscal and third fiscal quarters and comes down in the fourth quarter. That means that RTX is the big driver for gaming at Nvidia.

“RTX is doing great,” Huang said. “We have put all the pieces in place to bring ray tracing in the future of games. The number of games is snowballing. Six in the last few months, with more announcements (next week in Germany) at Gamescom.”

He added, “Looking forward, I expect ray tracing will drive a reinvigoration of gaming graphics.” He noted the 100 laptops will help growth and that notebook gaming is one of the industry’s fastest-growing segments.

AI’s spread into all industries 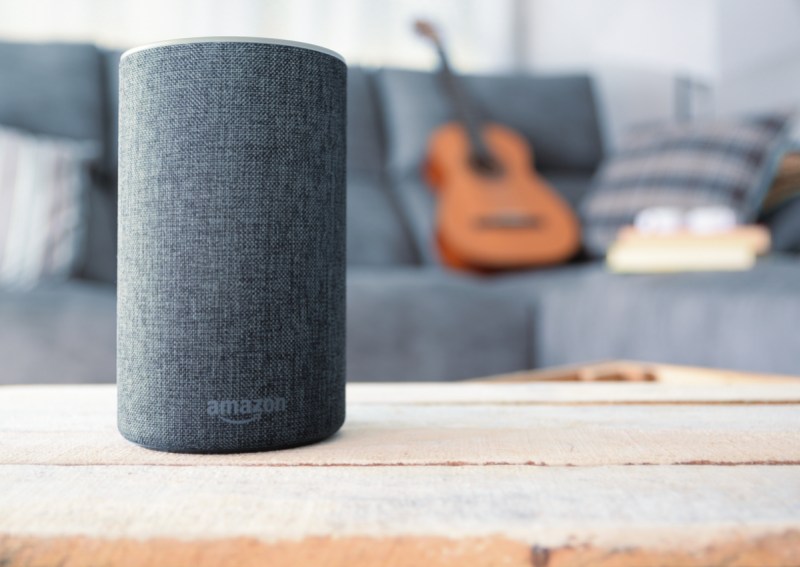 It’s not clear when AI will overtake gaming revenues at Nvidia. It’s a tough question, Huang said. One reason is that there is some blurring happening, as people who are gamers are buying the RTX Studio laptops to compress images and create content — a kind of AI task.

But Huang said that thousands of AI startups are using AI platforms to develop applications in the cloud, and they are turning around and providing these applications to big companies in vertical industries like retail, banking, cybersecurity, delivery robots, and others.

“This trend in the datacenter is upward and to the right,” Huang said, even though growth has slowed in recent quarters. “The applications of AI are spreading into every single industry.”

Huang said AI is coming in waves, starting with the development of Nvidia’s CUDA programming language for non-graphics processing and its incorporation into computer architecture. After that, the growth of AI shot forward with the success of deep learning neural networks, which can be trained to recognize objects. 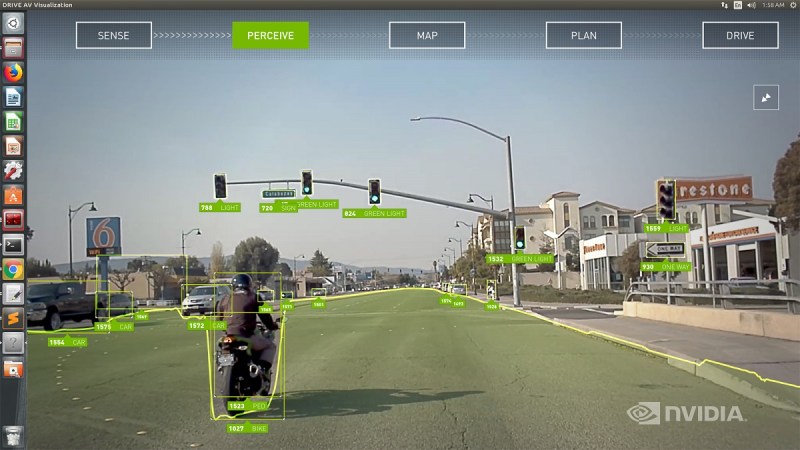 Above: Nvidia’s autopilot can sense pedestrians and hazards. This requires edge computing.

Graphics chips were adapted to manage that processing, but in a new wave of AI, specialized AI processors are being created to handle the different tasks, from training neural networks to recognize objects to inference, to using more intelligence to make conclusions based on less data.

Devices such as Amazon’s Alexa are able to handle conversations, recognizing natural language speech and delivering answers that are close to good enough for consumer queries. Rather than running for a long time, these machines deliver quick, less accurate, but simplified answers. Putting more intelligence into everyday objects — at the edge of the network and not in the midst of a datacenter — is another part of the wave.

We’re seeing some of that with more intelligence put into the internet of things, or making everyday home objects like thermostats or surveillance cameras more intelligent.

Ultimately, the $100 trillion transportation industry will be transformed by AI via autonomous vehicles. Nvidia is working with companies like Volvo on development projects that could ultimately generate a lot of revenue.

“The work we are doing is important, impactful, and incredibly fun,” Huang said. “We’re just grateful there is so much of it.”