Nvidia launched its Nvidia Isaac robot platform today to power the next generation of autonomous machines, bringing artificial intelligence capabilities to robots for manufacturing, logistics, agriculture, construction, and many other industries.

Launched at Computex 2018 in Taiwan by Nvidia CEO Jensen Huang, the Nvidia Isaac platform includes new hardware, software, and a virtual-world robot simulator that makes it easy for developers to create new kinds of robots.

“AI is the most powerful technology force of our time,” said Huang, in a statement. “Its first phase will enable new levels of software automation that boost productivity in many industries. Next, AI, in combination with sensors and actuators, will be the brain of a new generation of autonomous machines. Someday, there will be billions of intelligent machines in manufacturing, home delivery, warehouse logistics, and much more.”

At the heart of Nvidia Isaac is Jetson Xavier, Nvidia’s first computer designed specifically for robotics. With more than 9 billion transistors, it delivers over 30 TOPS (trillion operations per second). That’s more processing capability than a powerful workstation while using a third the energy of a lightbulb. 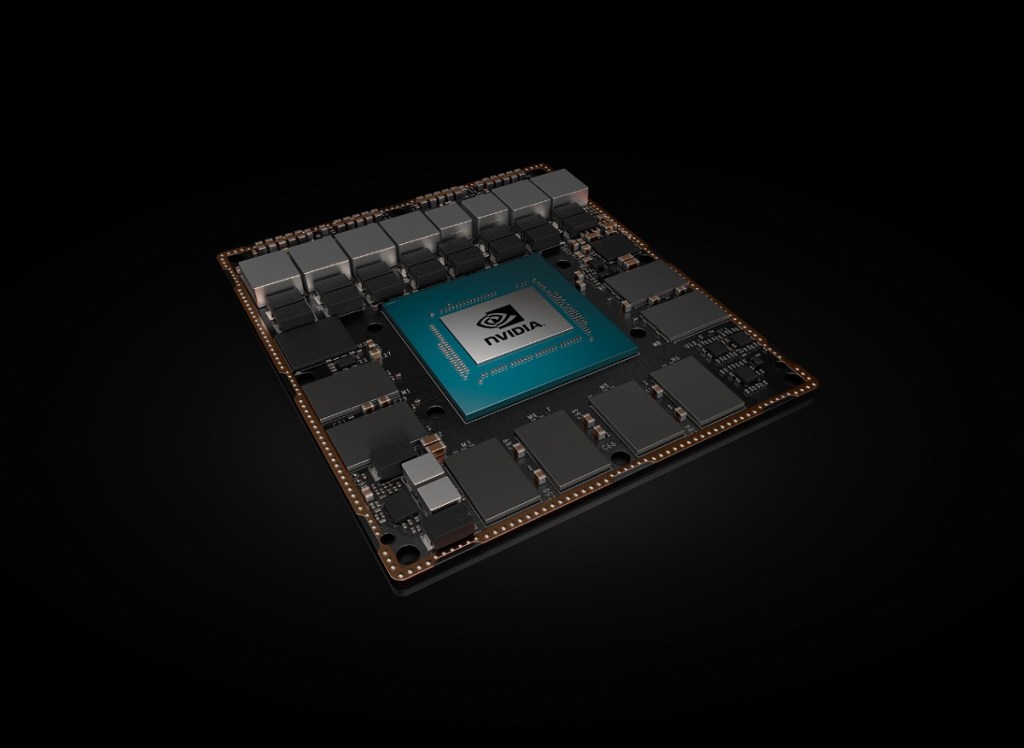 These processors enable dozens of algorithms to be processed concurrently and in real time for sensor processing, odometry, localization and mapping, vision and perception, and path planning. This level of performance is essential for a robot to take input from sensors, locate itself, perceive its environment, recognize and predict motion of nearby objects, reason about what action to perform, and articulate itself safely, Nvidia said.

Isaac puts a lot of computer power at the edge of the network. That’s necessary as AI becomes pervasive. With this level of AI computing power at the edge, autonomous machines can perceive the world around them with superhuman capabilities, detecting and recognizing their surroundings from sensors of all kinds, Nvidia said.

With this technology, manufacturing robots can work safely alongside humans and adapt to changes. Logistics robots can efficiently move and manage inventory and deliver products to homes. Service robots can improve the retail experience and assist the sick and elderly, Nvidia said.

The Nvidia Jetson Xavier developer kit, which includes the Isaac robotics software, will be priced at $1,300, with early access starting in August from distributors worldwide.