Nvidia reported revenues of $6.51 billion for its second fiscal quarter ended August 1, up 68% from a year earlier. Gaming revenue grew 85% to $3.06 billion. The numbers were above Wall Street’s expectations.

The Santa Clara, California-based company makes graphics processing units (GPUs) that can be used for games, AI, and datacenter computing. While many businesses have been hit hard by the pandemic, Nvidia has seen a boost in those areas. The company saw record revenue in its gaming, datacenter, and professional visualization platforms.

Analysts expected Nvidia to report earnings for the July quarter of $1.02 a share on revenues of $6.33 billion. As mentioned, gaming came in at $3.06 billion and datacenter revenues were $2.37 billion, up 35%. 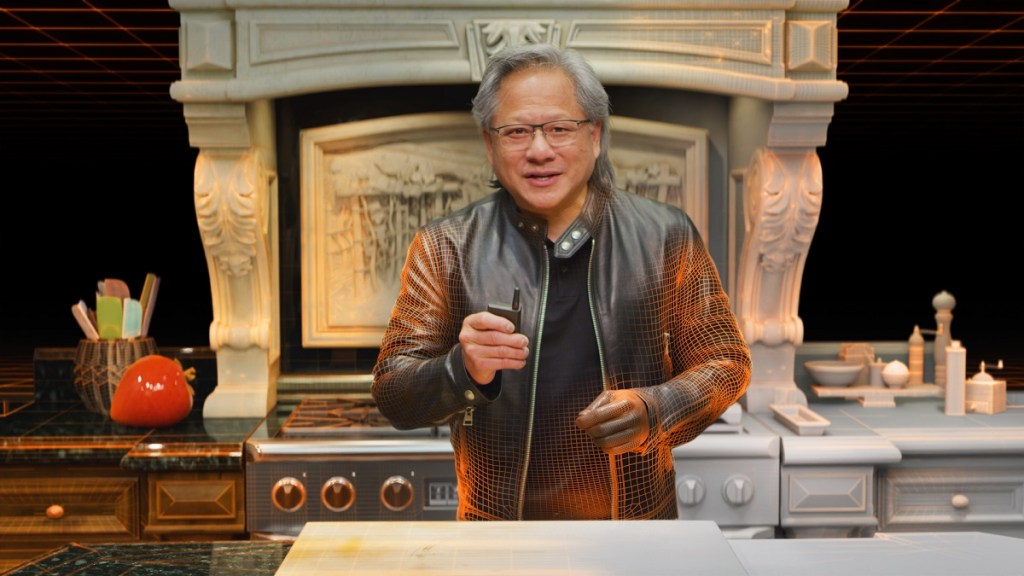 “Nvidia’s pioneering work in accelerated computing continues to advance graphics, scientific computing, and AI,” said Nvidia CEO Jensen Huang in a statement. “Enabled by the Nvidia platform, developers are creating the most impactful technologies of our time — from natural language understanding and recommender systems, to autonomous vehicles and logistic centers, to digital biology and climate science, to metaverse worlds that obey the laws of physics.”

He called out new technologies such as Nvidia Base Command and Fleet Command for deploying AI at scale, as well as the Omniverse, the simulation platform for engineers that could enable physically realistic virtual worlds and the eventual “metaverse,” Huang said.

More than 500 companies and 50,000 individual creators are evaluating the Omniverse Enterprise platform now.

Huang will receive the chip industry’s highest honor, the Robert N. Noyce Award, at the Semiconductor Industry Association (SIA) annual awards dinner on November 18. The award is named after Intel cofounder Robert Noyce, who is credited with numerous pioneering achievements at the dawn of the chip industry.

Nvidia has seen a boom in both gaming and datacenter revenues as users go online during the pandemic. Gamers have been snatching up graphics cards to play PC games, but a shortage of semiconductors has hurt companies like Nvidia, and cryptocurrency miners are also buying up the graphics cards.

Last year, Nvidia completed its $7 billion acquisition of Mellanox, which makes key technologies for connecting chips in datacenters. Mellanox revenue is included in the CPU and networking segment. But Nvidia is still waiting on regulatory approval for its $40 billion acquisition of Arm. Nvidia CFO Collette Kress said in an analyst call that the company is working on approvals, but noted that some regulators had objected to the acquisition and the process is taking longer than originally expected. The company believes regulators should recognize the “benefits of the acquisition to Arm, its licensees, and the industry.”

“We’re doing our best work and most impactful work in our history,” Huang said in a call with analysts.

Above: AI algorithms were developed on Nvidia DGX servers at a U.S. Postal Service Engineering facility.

Datacenter revenues hit $2.37 billion, up 35% from a year earlier. Nvidia launched a variety of products in the quarter, and it said it is in 342 of the latest Top500 supercomputers in the world. Nvidia said it foresees the growth rate accelerating for datacenter revenues. In an analyst call, Huang said that AI model parameters are doubling every two months, and that is driving a lot of growth for supercomputers and other AI hardware.

Nvidia noted its Inception acceleration program for AI startups has more than 8,500 members, and those companies have raised more than $60 billion across 90 countries. Its CUDA tech has now been downloaded 27 million times over 15 years.

“Almost every company in the world has to be a high-performance computing company now,” Huang said. “You see that cloud service providers one after another are building effectively supercomputers.”

Above: Nvidia has new RTX GPUs for work laptops.

As noted, gaming revenue was $3.06 billion, up 85% from a year earlier and up 11% from the previous quarter. Nvidia launched its GeForce RTX 3080 Ti and 3070 Ti graphics cards in the quarter, giving gaming PCs a 50% boost in graphics performance over the prior generation. And Nvidia RTX (for better shadows and lighting) is now in 130 games and applications.

Nvidia in recent quarters has created low hash-rate cards aimed at cryptocurrency miners so that they don’t buy up all of the gaming graphics cards. Going forward, Nvidia expects minimal contribution to revenues from crypto mining cards.

“In an effort to address the needs of minders and direct GeForce to gamers, we increased the supply of cryptocurrency mining processors, or CMP, and introduced low-hash rate GeForce GPUs with limited Ethereum mining capability,” she said. “Over 80% of our Ampere architecture-based GeForce shipments in the quarter were low hash-rate GPUs.”

But she said the combination of crypto and gaming revenue is hard to quantify.

Professional visualization generated revenues of $519 million, up 156% from a year earlier and up 40% from the previous quarter. A lot of that demand was driven by the need to outfit design offices at home as remote work becomes the norm.

Second-quarter automotive revenue was $152 million, up 37% from a year earlier and down 1% from the previous quarter. Nvidia announced during the quarter that the AutoX Gen5 robot taxi platform is using Nvidia Drive technology.

For the third quarter ending October 31, analysts expect earnings to be $1.04 a share on revenue of $6.53 billion. Nvidia said it expects revenue to come in at $6.80 billion, driven by accelerating growth in datacenter revenues. The company expects gaming demand to exceed supply, though gaming is expected to grow. For the full fiscal year, analysts expect Nvidia to report earnings of $3.95 a share on revenue of $24.9 billion.