This latest round is the company’s third institutional cash injection in the space of a year, following its $13 million series A round last January and $34 million in debt-infused financing in October.

Petal launched its credit card as part of a pilot way back in September 2017, though it didn’t fully launch to the public until October of the following year.

Founded out of New York in 2016, Petal offers an alternative credit card that meshes “data and common sense” to qualify applicants. Petal doesn’t rely on traditional credit scores, in part because many people don’t have credit scores, but also because such a system doesn’t convey an individual’s full financial picture. Instead, Petal leverages a process called cashflow underwriting that combines big data with machine learning to inspect an applicant’s holistic digital financial record. This means accessing a user’s bank account to analyze their incomings and outgoings.

It’s worth noting that Petal doesn’t charge fees, as such; instead it makes money from merchant transaction fees and from consumer interest payments if they don’t pay their full balance when it’s due.

As with other tech-infused finance startups, Petal offers a mobile app that lets users track all their spending and schedule automated payments, reminders, and more. 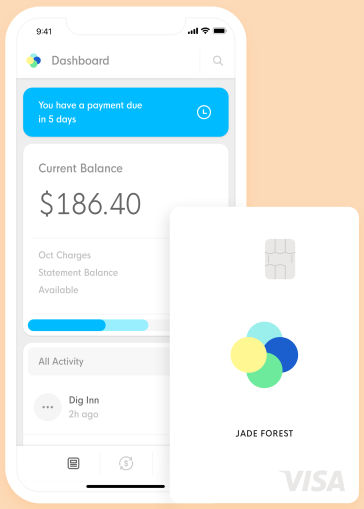 Additionally, the Petal app doesn’t highlight interest rates — instead it displays all the numbers in dollar amounts. For example, it will show how much money still needs to be paid off and how much you will be charged relative to the amount you want to repay — assuming that is less than the full amount. 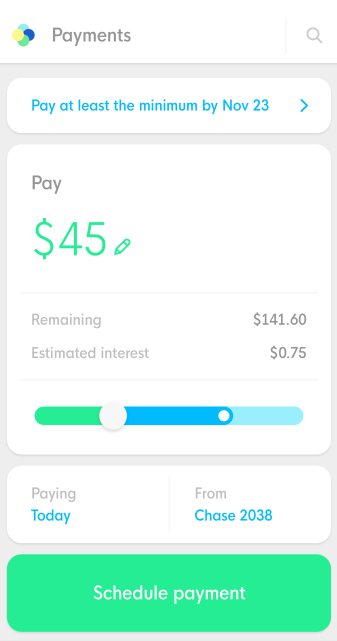 The credit limit is set at between $500 and $10,000, depending on the individual’s financial health (and requirements), and the annual percentage rate (APR) works out to between 15.24 percent and 26.24 percent, based on the current U.S. prime rate.

Nabbing PayPal cofounder Peter Thiel’s Valar Ventures is notable — not only has Valar invested in a number of other big-name fintech startups, such as N26 and TransferWise, the firm also led Petal’s series A investment last year. Leading again on Petal’s follow-up round suggests that Valar Ventures likes what it sees.

“We look to double down where our companies are succeeding,” said Valar Ventures’ founding partner Andrew McCormack. “The quality of talent that Petal has acquired, their devotion to the mission of financial fairness and transparency, and the incredible market reception since launch made us very excited to grow our investment in Petal.”

Petal is one of a number of startups setting out to transform the way consumers and businesses access money. Earnin, for example, recently raised $125 million for a payday advance platform without fees, while a company called PayActiv raised $20 million for a similar proposition.

Elsewhere, a new company called Brex recently launched a credit card for startups and revealed it had already raised $57 million from a host of notable names, including PayPal founders Peter Thiel and Max Levchin.

The traditional lending industry, it seems, is ripe for disruption — and Petal is positioning itself at the forefront of the movement.

Alongside the funding news, Petal also revealed that it has added two new executives to its leadership team — Tom Greco joins as Petal’s VP of operations, having previously worked in a similar capacity at GreenSky, Paymerang, Convergys, and Capital One. And former CAN Capital CEO now joins Petal as general counsel.

“Over the past two years, we’ve focused on building both an amazing team and a special product,” added Petal cofounder and CEO Jason Gross. “Now, with new funding and new leaders onboard, we’re ready to meaningfully scale our business and team.”