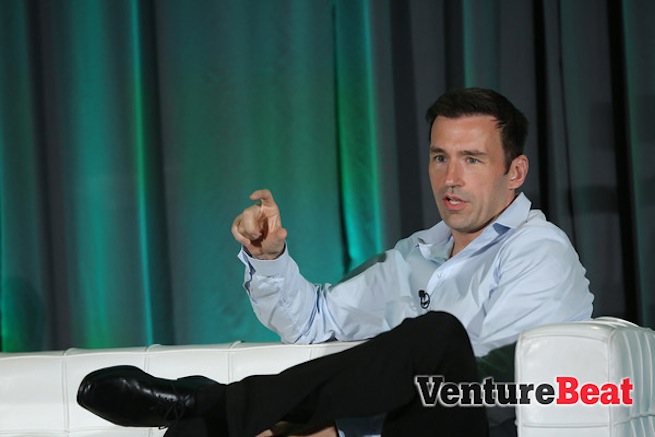 Speaking at HealthBeat, VentureBeat’s conference, CEO Ryan Howard said the decision to offer the health record to doctors for free is “somewhat of a Trojan horse.”

“We have all this patient information that doesn’t reside anywhere else,” said Howard. The product is currently used by more than 150,000 doctors and tracks 64 million patient records, he claimed.

Aside from mining the data contained within its health record, Practice Fusion also helps doctors with calendaring, scheduling, and billing. The goal is to provide a customer relationship management (CRM) tool for physicians.

On the consumer side, the company launched a service last month, dubbed Patient Fusion, now used by 27,000 doctors. Already, consumers can use it to book appointments and peruse 1.5 million doctor reviews. In the month of April alone, the company offered 3 million open appointments.

That’s a lot of data to work with.

But the sensitive patient information is stripped of personally identifiable factors, and will not be sold to pharmaceutical companies. “We don’t sell data sets to payers,” Howard stressed.

Instead, the goal is to use the data to prevent miscommunication between doctors and patients. Howard observed in a recent interview that accessing and mining patient information can save lives. “We can recommend drug therapies based on their popularity [with previous patients],” he said, and claims there are 200,000 avoidable deaths a year because “data is simply not shared.”

By being among the first to put data in the hands of patients, Practice Fusion hopes to add more doctors to its health record. By marketing products to patients, the company will augment its brand with hospital decision-makers.

Howard revealed that the company is making “eight digit” revenues each year, and plans to go public in the future — but not in the coming year. Practice Fusion still has a long way to go; “we’re only at ten percent of our potential,” Howard revealed in an interview.