Waymo, Alphabet’s autonomous vehicles division that spun out of Google in December 2016, this week raised $2.25 billion. Yes, that’s billion with a B. It’s a big deal not just because of the massive amount. This is Waymo’s first external investment round. That suggests a few things.

First, Alphabet’s Other Bets need more money than its parent company is willing to give (Verily raised $1 billion last year). Second, Alphabet is clearly doubling down on Waymo — as opposed to folding it back into Google (like Nest and Chronicle). And most importantly, the round means that the world’s leading self-driving car company is nowhere near ready for mass production.

If it was, Waymo would be focused on commercializing and selling, not raising money. We already knew that Waymo was taking the slow and steady approach. The company reminded us as much late last year — this round just further confirms it.

Expect growth from @Waymo next year, but very slow. "When we think about Waymo One in 2020, our main focus will be responsibly ramping up our driverless offering to more and more riders in Phoenix across both our early rider program and public service."
https://t.co/kac33AdGZy

Last year, Apple described self-driving cars as “the most ambitious machine learning project ever.” This is not just another problem that tech will solve in a few years. Waymo has been working on it for more than a decade and it still has a long road ahead. That requires capital.

Raising money from VCs is the ultimate a trade-off. Can’t make money now? Great, here’s a pile of cash to keep you going. Eventually, though, we’ll want our investment back, and then some.

Notice anything odd? There are no automakers on the list. That’s likely because car companies see Waymo as competition. GM has Cruise, VW and Ford are betting on Argo AI, and of course Tesla is depending on Autopilot. Plenty of companies also have looser relationships in the U.S. and in China — after all, self-driving startups outnumber automakers.

That will quickly change if Waymo hits some sort of breakthrough that leads to mass commercialization. At that point, automakers will pull out all the stops to catch up quickly, or simply pay Waymo.

In the meantime, Waymo hasn’t figured out how it will make money from self-driving cars. The above ad, which Waymo released a day after announcing its outside funding round, envisions a self-driving world with a few potential revenue streams. Waymo One could let you summon a driverless taxi to take you where you need to go, not much different than calling an Uber or a Lyft. Waymo Via could summon a driverless truck that brings you your packages or handles shipping for your business.

I say “could” because none of this exists at scale. In December, Waymo said that over 1,500 people are using its ride-hailing service monthly in Phoenix, Arizona and surrounding metro areas. That’s the only operation. Waymo’s annual costs are reportedly nearing $1 billion while its taxi business generates “hundreds of thousand dollars” a year. That’s not going to get investors their money back. 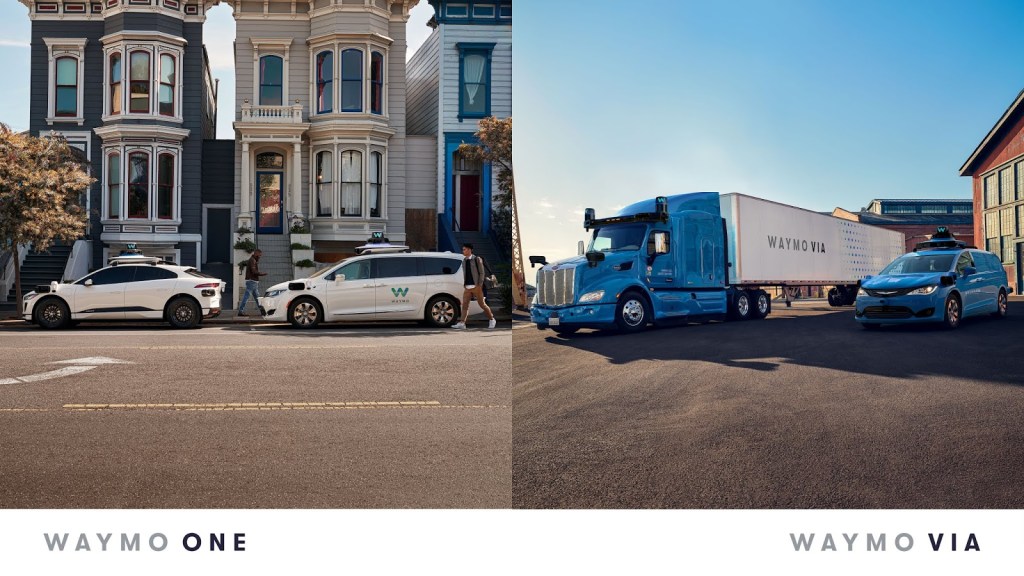 Waymo could also try selling its self-driving vehicles outright. Another option is renting. In January, Waymo CEO John Krafcik described a subscription service for using a self-driving car as your personal vehicle and then returning it to be used for ride-hailing again. Neither of those ideas made the cut for the ad, which suggests they may be even less likely business models.

The Alphabet company could simply put Google Ads in its cars and call it a day. If you’re not driving, your focus can be elsewhere. But nobody knows if those ads will generate billions with a B.

On the face of it, it’s exciting that Waymo is able to raise so much money. But if you look under the hood, you’ll see the state of Waymo’s business in 2020 and self-driving cars in general.