PullString today announced plans to launch a simplified version of its platform, this one aimed at professionals who want to quickly design and launch voice apps. A marked departure from the company’s more complicated Author platform, Pullstring’s Converse will be available November 27 to coincide with AWS Re:Invent.

Converse was made to give creative professionals, marketing teams, and agencies that lack technical knowledge the ability to create voice apps without writing code. It is starting with Alexa skills and expanding to voice apps for other AI assistants in the future. 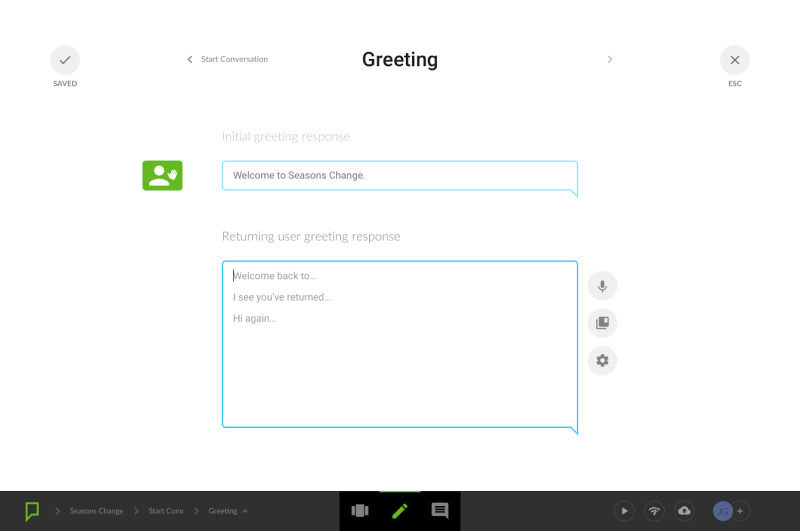 Before making voice apps for AI assistants, PullString was used to design conversational experiences for Hello Barbie from Mattel and Thomas the Tank Engine toys, as well as a Doctor Who Skype bot and a Lt. Reyes Facebook Messenger bot for Activision’s Call of Duty that racked up 6 million interactions with users in 24 hours.

In fact, PullString may be one of the most popular platforms across the many chat apps, AI assistants, websites, and other surfaces where conversational AI is being deployed.

Facebook Messenger named PullString one of about two dozen companies that make up the chat app’s burgeoning bot ecosystem. At F8 this spring, PullString was one of a handful of companies chosen to collaborate with Workplace by Facebook on the creation of a bot platform for the company’s enterprise team communications and chat app.

Author has been used to make Alexa skills for the Channel 4 series Humans, as well as the first-of-its-kind SpongeBob SquarePants Alexa skill for kids and one from The Grand Tour for British car enthusiasts. 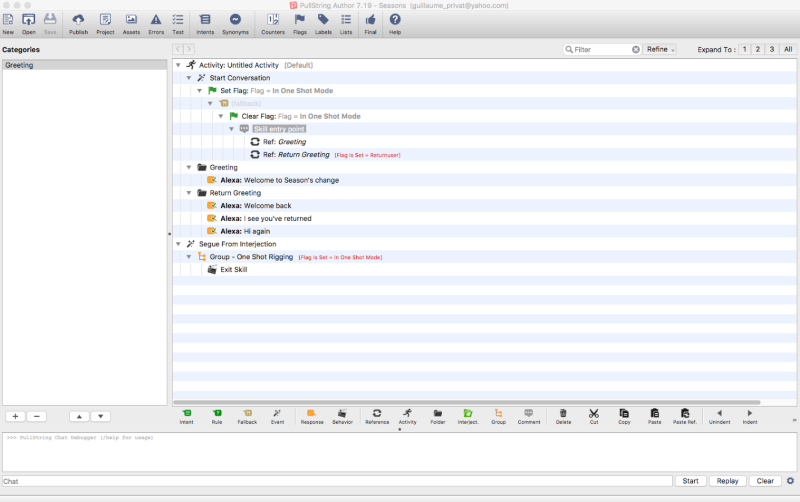 Converse is arriving two months after PullString announced plans to focus exclusively on being a voice app platform. “It is clear that the continued move to voice-based computer conversation represents a unique and remarkable industry-changing opportunity,” PullString founder Oren Jacobs said at the time. “The explosion of voice-first devices, combined with our history in voice-based computer conversation, has led us to devote all our product development efforts toward building the best authoring tools for voice-based skills and applications moving forward.”

The company was founded by former Pixar employees and has raised more than $44 million in funding from investors like Greylock Partners, True Ventures, and First Round Capital since 2011.