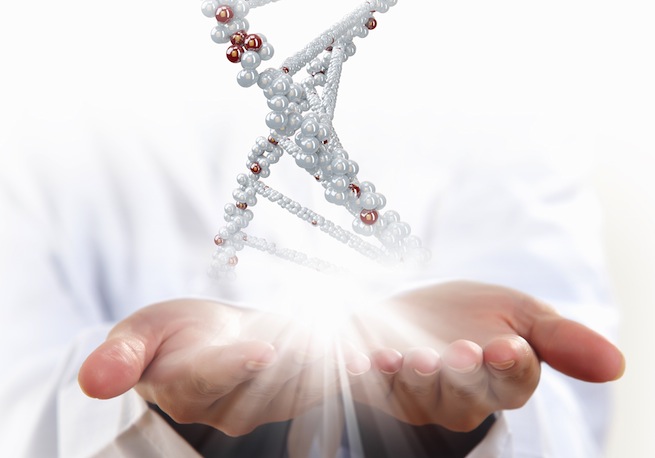 Should human genes be patented? The Supreme Court is weighing in today in a landmark case,  Association for Molecular Pathology v. Myriad Genetics, Inc., 12-398., that will have an enormous impact on the future of science, technology, and medicine.

At the center of the debate is Utah-based Myriad Genetics. Scientists at the biotech company discovered two genes — BRCA 1 and BRCA2 — that are associated with hereditary breast and ovarian cancer. Since then, it claims its tests have been used by more than one million women to determine if they have an increased risk of developing these cancers.

The company patented these discoveries — the “synthetic molecules we isolated and created in the lab to provide life-saving tests,” the company’s CEO explained in an op-ed in USAToday.

But Nobel Prize-winning geneticists argue that the patent will stifle research and medical diagnostic testing. Because of its patents, Myriad can prevent other researchers from testing, studying, or even looking at these genes, and it also holds the exclusive rights to any mutations along those genes, according to the American Civil Liberties Union (ACLU).

The U.S. patent system’s rules stipulate that you can’t patent a product of nature or a law of nature, even if research took years and proved costly. For this reason, Albert Einstein did not patent the law of relativity.

A parallel can be made with a rare East African plant, which has a variety of medicinal uses. It might be plausible to patent a drug that comes from the plant, but it would be unreasonable to patent the plant.

“Over the past 20 years, at least 41 percent of our genes have become the intellectual property of corporations,” genomics professors Christopher E. Mason and Jeffrey Rosenfeld argue on the ACLU’s blog. “These patent claims contradict an intuitive sense that our DNA is no less ours than our lungs or kidneys,” they continue. The ACLU also claims that the patent has allowed Myriad to charge patients exorbitant rates for its test.

Until recently, the medical profession largely shunned patents. A favorite quote that has been liberally used by Myriad’s opponents is from Dr. Jonas Salk, who invented the polio vaccine. Rather than file a patent on the vaccine, he reportedly said, “There is no patent … could you patent the sun?” 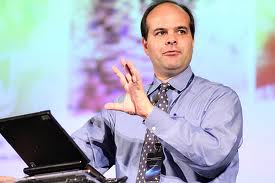 Above: Dietrich Stephan led a research team that identify the genetic causes for Autism, ALS, Alzheimer’s disease, and more.

Human geneticist Dietrich Stephan says he’s been following this debate closely since 2006. Stephan is the cofounder of Navigenics, a genetics diagnostics company acquired by Life Technologies Corp. in 2012. Stephan agrees with the ACLU, and is concerned that patenting genes will be detrimental to patients.

“You should be able to give patients gene sequencing information that will benefit their health,” he said in an interview. “Patents may prevent that.”

According to Stephan, the likelihood of the Supreme Court siding with Myriad Genetics is low. Myriad will still own the brand and have the highest-precision test in the market. So even if three competitors emerged tomorrow, Myriad will still out-perform in sales.

“Even so — competition is a good thing,” he asid. Collaboration is another issue as many of these genes will be used together to form the basis of a test — “more and more it’s not a single gene that is diagnostic,” said Stephan.

Efrat Kasznik, an intellectual property lecturer at Stanford University, said the patent system offers inventors a limited monopoly (20 years from filing) in return for public disclosure for their innovation. But not every finding can be patented. Similarly to a mathematical equation, the Supreme Court may rule that our human genes can never be owned.

Dietrich Stephan will speak at HealthBeat, VentureBeat’s upcoming healthcare and innovation conference in San Francisco on May 20-21.