“What we’re really about is creating digital humans for all the different worlds of our future, whether it’s AR or VR. So these digital humans that are rendered in 3D can go directly into those environments, they can go into gaming environments, and they can be the human-user interface for artificially intelligent platforms,” Cross said. “We see digital humans being to chatbots and voice assistants what TV was to radio, an infinitely more engaging and interactive experience.”

Cross spoke before an audience of hundreds today while onstage at MB 2017, a two-day gathering of bot and AI innovators being held at Fort Mason in San Francisco. 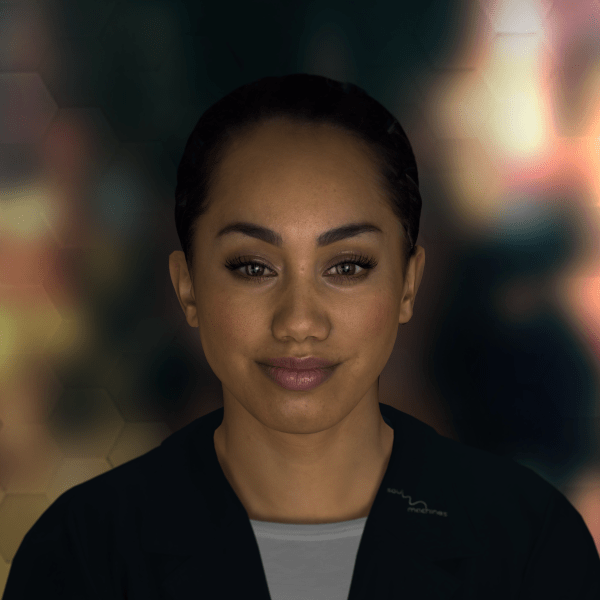 Above: Shushila the digital human from Soul Machines

Based in New Zealand, Soul Machines was started by Mark Sagar. Sagar is creator of the Laboratory for Animate Technologies at the University of Auckland in New Zealand. He has also worked on constructing lifelike characters for movies like Avatar and King Kong.

Like the recently created Expressive AI, Soul Machines focuses on the imitation of human body movement and emotion.

Last year, working with actress Cate Blanchett, Soul Machines released a personal assistant for Australian citizens seeking government disability services. Sagar told VentureBeat in May Soul Machines intends to launch a platform to allow people and companies to make their own digital humans within the next 18 months.