Pedicab bikers raved about TumorPaint (the inventor of the “molecular flashlight” delivered a rousing talk), and Misfit Wearables piqued excitement by giving out 100 of its free fitness devices to attendees. And a mental health startup called ThriveOn beat out social networking apps to win Best of Show at the accelerator competition.

Missed SXSW this year? I attended sessions and consulted with the experts for our list of the five most intriguing health startups at the festival: 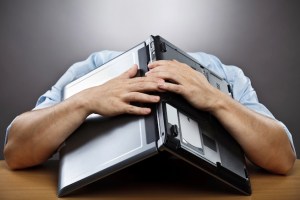 The ‘best of show’ startup: ThriveOn

What is it? ThriveOn is a web startup that is making it easier for people to get treatment for various mental health issues. Anyone can sign up online or on mobile and access intake information, counseling services, and exercises.

What’s the evidence of traction? ThriveOn was recently rewarded a grant from the National Institute of Health to develop a new program to address disordered body image. According to Rock Health chief executive Halle Tecco, ThriveOn is particularly popular with colleges and universities. The team has already partnered with some 30 universities around the country to deliver more affordable mental health services to students. ThriveOn is a graduate of Rock Health, an accelerator program for health startups based in San Francisco.

What’s next? According to Tecco, ThriveOn will soon develop new programs to help us tackle anxiety and stress. 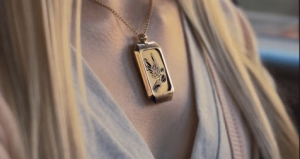 What is it? Attendees played with over a dozen new gadgets at the Rock Health “boozy brunch.” Among an impressive bunch, a few wearables stood out: The Cuff and the Athos fitness tracker. Most wearable devices are bulky and butch, but Cuff is designed for the urban, professional femme. The first collection, unveiled in February and at SXSW, features jewelry, necklaces, and keychains.

What’s cool about it? The jewelry, which costs anywhere from $50 to $150, comes with an interchangeable alerts system. If you sense danger, you can press a button, and the wireless technology will alert your friends and family that you need help.

Whats next? Cuff plans to license the technology to other fashion retailers so they can turn their designs into tech wearables. 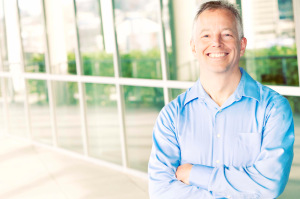 What is it? Physician Jim Olson [right] spoke at SXSW, impressing the crowd and sparking conversation throughout the weekend. Olson is the inventor of TumorPaint, a technology to help surgeons better differentiate between cancerous and healthy tissue. On an MRI scan, cancer is easy enough to spot. But during surgery, these cells can look remarkably similar to the healthy ones, which are often cut out by accident.

What’s cool about it? TumorPaint exists in two parts: One is the tiny molecules called optides, which bind to particular types of cancer cells; the other is the fluorescent dye. The optides derive from natural organisms, notably scorpions and sunflowers, and have the capability to bind and internalize into cancer cells.

What’s next? As we reported in December 2013, TumorPaint has already been tested on dogs with cancer and is popular with veterinarians. The next step is to get the product into the hands of physicians. The team behind TumorPaint hopes that oncologists will use the product for surgeries to treat breast, colon, lung, and skin cancers. 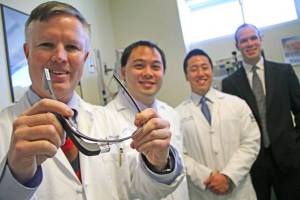 What is it? Austin-based startup Pristine is building a set of telehealth products for Google Glass. Physicians sport the futuristic eyewear — and download the Pristine Eyesight app — to remotely diagnose patients, perform surgery, and instruct medical students.

What’s unique about it? The startup describes itself as the only HIPAA compliant, video-based communications tool for Glass. However, it’s not the only startup building medical products that are optimized for Glass; a stealthy startup called Augmedix is focused on transcription.

What’s next? The company is one to watch in the Austin startup scene. It took home third place in the SXSW Austin Venture Awards. Pristine recently wrapped up a pilot program at UC Irvine and is rolling out the technology to Rhode Island Hospital, in collaboration with Brown University.

What is it? 23andMe is a genetics testing company based in Silicon Valley. Recently, it made headlines for all the wrong reasons when the Food and Drug Administration issued an enforcement action against the company. The federal agency demanded in very public manner that it stop selling and marketing its $99 testing kit.

What’s unique about it? 23andMe is considered by some geneticists to be ahead of its time. Before the FDA crackdown, it was the only major contender in the direct-to-consumer genetic testing space. The company was providing information about health reports on 254 diseases and conditions to patients — without a trained mediator.

What’s next? Beleaguered chief executive Anne Wojcicki delivered a keynote at SXSW to address the company’s plan of action, and I caught up with her for a one-on-one immediately after her session. Wojcicki made it clear that her number-one priority is to resolve any issues with the FDA and resume to business as usual. “We’re not going to switch gears and become another an ancestry company,” she said. [Editors’ Note: We’ll be publishing an excerpt of that interview in due course.]