Terms of the deal were not disclosed, but the acquisition will underpin a research group at Twitter led by Sandeep Pandey that will work toward finding new ways to leverage machine learning across natural language processing (NLP), recommendations systems, reinforcement learning, and graph deep learning. The group will also address ML ethics.

“Fake news” has become an umbrella buzzword to describe the deliberate spread of misinformation, but Fabula AI is really about helping identify the authenticity of any information that circulates on social media — regardless of intent. Studies have shown that false news spreads faster than real news online, a pattern that can be used to help spot misinformation. This is what Fabula focuses on: detecting differences in how content is spreading on social media and allocating an authenticity score.

“As this technology detects the spread pattern, it is language and locale independent; in fact, it can be used even when the content is encrypted,” the company says on its homepage. “We also believe that such an approach, given it is based on the propagation pattern through huge social networks, is far more resilient to adversarial attacks.” 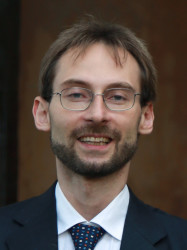 It appears Fabula is more of an acqui-hire than anything else, with the team joining Twitter’s Cortex unit, which is the social network giant’s in-house group of researchers and engineers working on machine learning tech for Twitter. Fabula cofounder and chief scientist Michael Bronstein will now lead graph deep learning at Twitter while also retaining a separate position as chair of machine learning and pattern recognition at Imperial College.

As with most of the major social media platforms, Twitter has faced its share of criticism for the way it is used to spread misinformation. This latest move is designed to “improve the health of the conversation” on Twitter, according to CTO Parag Agrawal, and will expand over time to help stop other forms of spam and platform abuse.

“By studying and understanding the Twitter graph, comprised of the millions of tweets, retweets, and likes shared on Twitter every day, we will be able to improve the health of the conversation, as well as products, including the timeline, recommendations, the Explore tab, and the onboarding experience,” Agrawal said.

Twitter has made a number of machine learning acquisitions through the years, including visual intelligence startup Madbits back in 2014 and Whetlab and Magic Pony in the following years.

But Fabula is a particularly notable acquisition, as the the underlying technology is squarely focused on fighting the spread of misinformation online. This could prove to be something of a trend — last year, Facebook snapped up Bloomsbury AI, a startup building NLP smarts that could also be used to help combat fake news.

With the 2020 U.S. presidential election on the horizon, social media firms will be under intense scrutiny for their handling of fake news — which is partly why Twitter is looking to invest in automation to weed out the bad eggs.

“Machine learning plays a key role in powering Twitter and our purpose of serving the public conversation,” Agrawal said.