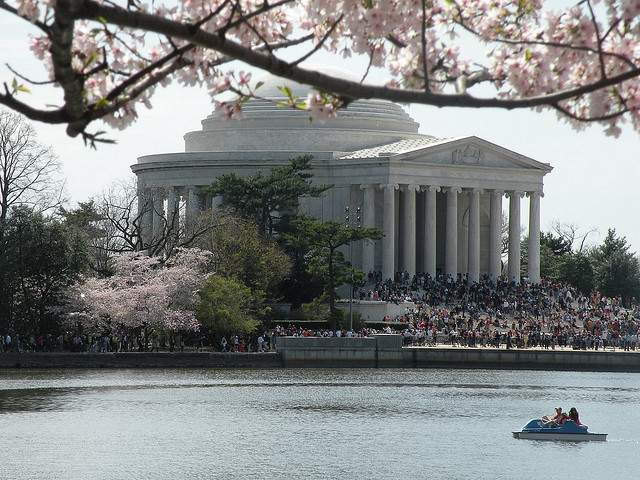 Washington, D.C. is known for many things, but startups are not one of them.

It is the center of the United States’ government, a nexus for political figures from around the world, and a hub for nonprofit, security, and healthcare enterprises. The D.C. metropolitan area has one of the highest concentrations of Ph.Ds per capita in the country, as well as many of the nation’s wealthiest counties. The district itself is a city filled with universities, young people, and fun things to do.

The region is also home to a powerhouse technology community. AOL began there and it was at the center of the ’90s dot.com boom. Now, hi-tech internet and telecom companies, software and hardware manufacturers, and government contractors line the Dulles Technology corridor in nearby Virginia. Across the river in Maryland, the National Institutes of Health and security behemoth Lockheed Martin foster development in the biotech, health, and security spheres.

Yet despite the remarkable levels of intelligence, ambition, money, resources, and innovation that characterize the nation’s capital, a flourishing startup scene is only now beginning to emerge.

The times, they are a-changin’

I was born and raised in D.C., and yet moving to San Francisco was my first introduction to the startup world. Suddenly, I found myself surrounded by CEOs younger than I am and peers who had already started and sold multiple companies. I began to wonder what the startup scene was like in D.C., and if I missed it while distracted by happy hours on the Hill and kickball games on the National Mall.

In the years since my defection from the East Coast, a lot has changed. LivingSocial took off and has expanded from a bootstrapped operation in a Georgetown apartment to a large international enterprise. Three accelerator programs have launched in the city. Endeavor DC provides support to consumer internet startups, Acceleprise is a enterprise technology incubator, and Fortify.vc, which nurtures investors as well as entrepreneurs, even received $100,000 in funding from the D.C. mayor’s office. The district now has its own festival/conference (à la SXSW) called D.C. Week, with over 10,000 RSVPs. And the DC Tech Meetup events attract thousands of attendees.

Come on people now, everybody get together

Peter Corbett is the man behind both D.C. Tech Meetup and D.C. Week. He founded iStrategyLabs, a digital media, PR, and marketing firm, but more importantly, has dedicated himself completely to growing the local startup community. When he moved to the district from NYC seven years ago, he began hosting weekend hackathons and cocktail events. Initially, it was just a way for Corbett and his programmer friends to socialize. When hundreds of people began showing up, Corbett realized that Washingtonians had a clear interest in startups, but no network existed to support it.

D.C. is full of educated twenty-somethings raking in the big bucks at consulting, finance, and law firms, working comfortably in the public sector, or awash in political glamour and prestige. The challenge is not finding talent or money. It’s in finding people interested in founding a company in the face of so many desirable alternatives.

“We have so many developers and engineers per capita,” Corbett said. “The issue is they are complacent because they have incredible salaries and contracts with government agencies. People here are used to 9-to-5 jobs. They hold on to that safety net. I try to get people to quit their jobs and do a startup all the time, but D.C. lacks a certain amount of hustle that NYC and S.F. have.”

However, excitement over entrepreneurship in D.C. is on the rise. Frank Gruber is the founder of Tech Cocktail, a national media and events company for “startups, entrepreneurs, and technology enthusiasts.” Originally from Chicago, Gruber is now based in D.C., although he spends a majority of his time traveling across the country. He has witnessed the evolution of D.C.’s startup culture as well as those of technology communities nationwide.

“The president has been focusing on entrepreneurs as the way of getting out of the economic situation we are in,” Gruber said. “That’s not just in D.C.; that’s across the board. But entrepreneurship as a way to save America is something that has been drilled into D.C. Now we are seeing coworking spaces, accelerators, VC firms, and mixers cropping up.”

Gruber endeavors to bring various parts of the startup network together by connecting founders with investors and developers, as well as with people in other sectors for “cross-pollination.” While Washingtonians tend to be well networked, he said, they have a lack of awareness about available opportunities. Furthermore, it can be a challenge to get local angel investors, VC firms, and companies to write checks.

The limited options for fundraising led serial entrepreneur Jonathan Perrelli to found The Fort, the incubator arm of early stage venture fund Fortify.vc. The Fort debuted its inaugural class of 12 companies in March. As part of the program, each company receives funding as well as six months of access to a work space, mentorship, and resources like legal assistance and discounted hosting services.

“A year ago, we started writing checks for startups, and people asked ‘Who are writing these small checks? This isn’t like D.C.?’” Perrelli said. “These companies just need a push to start. We want to create a family of companies helping each other, and we want to help them grow and get a clear exit. Then these entrepreneurs will sell companies, make millions, and become angels in D.C. It’s about the ecosystem.”

Social Tables, one of The Fort’s portfolio companies, recently closed $500,000 in seed money and released the second iteration of its event planning software. Since launching last summer, Social Tables has been used to plan nearly 4,000 events and is growing steadily month over month. Before joining the accelerator, founder Dan Berger struggled to find the support he needed.

“There is all this money running around, but people here are really risk-averse and conservative with their investments,” said Berger. “So many people don’t think startups are a legitimate investment option. The VC scene is broken here. We need more of a valley mentality with venture firms investing in a small number of companies.”

That investors are more cautious with their money is, in some ways, beneficial. Local entrepreneurs are forced to stretch their dollars because they cannot expect massive rounds or sky-high valuations. Developer salaries are also lower, which means fundraising goals can be lower as well.

Although its in its early stage, Grotech is one of the most well-established private-equity firms the D.C. area. It was an early investor in Living Social, has $1.2 billion under management and funds between five to eight companies a year. General Partner Don Rainey said entrepreneurs who prove that they are capable of bootstrapping often make desirable investment partners

“We give money to people who have shown they can do a lot with a little and can make things happen,” Rainey said. “We are looking for responsible leaders and capable people. There have been a few success in the past few years and it is a new beginning.”

Due to the fewer options for investment in the district, founders often look elsewhere to raise at least part of their rounds. D.C.’s growing number of VC firms, angel networks, and private investors still cannot compete with the extensive network and resources of Silicon Valley or New York. When fundraising for Veenome, his startup that turns video content into data, Kevin Lenane took half of his seed round from West Coast money, hoping for more options and greater exposure.

“The downside of not being in the valley is not being visible to potential investors and acquirers,” Lenane said. “Big companies don’t know you exist. On the flip side, there is a lot more noise there from first-time entrepreneurs. There are probably 5,000 people like me trying to raise money right now, and that can be disadvantage.”

Existing in a smaller pool is also useful for recruiting team members. Developers and designers are not as hot a commodity in D.C. as they are in other tech hubs, and fewer startups are trying (desperately) to entice them. Berger said he is contacted multiple times a week by people with comfortable jobs yearning for more exciting alternatives. While wearing flip-flops to work and having a flexible schedule may seem appealing, not everyone is suited to the startup lifestyle.

“It is hard telling candidates that they will have to leave when the streets are empty at night and explaining why we can’t offer health insurance,” Berger said. “But it also means, if it works out, they are a part of the success. Part of our burden as a startup community is to meet with those folks, show them we exist, and that they can do this, too. It is a subculture. We are building a movement.”

Washington D.C., it’s paradise to me

Washington. D.C. is a city of transplants. It’s an unlikely place aspiring founders move to with the sole purpose of starting a company. Rather, residents fall in love with the monumental architecture and the cherry blossom-lined paths. They are captivated by the music spilling out of windows on U Street, the current events debates raging over beers, and the well-educated, ambitious, worldly population.

As the technology community continues to grow and local culture evolves to support startups, founders in D.C. should have greater chances for success. “Entrepreneur” may finally stop being a euphemism for “unemployed.”

If not, there’s always the consolation of a $4 hot dog from Ben’s Chili Bowl.