A funny thing happens when people start to use Wheelie, an AI system that translates facial expressions into movements for motorized wheelchairs, said to Hoobox Robotics CEO Paulo Gurgel Pinheiro.

The Wheelie kit uses the Intel RealSense 3D camera to add facial expression control to any motorized wheelchair and was first conceived through research by Pinheiro and others at a university in Brazil. Today, trials are underway for an initial batch of 60 users in the United States.

On average, Pinheiro said, users travel roughly half a mile a day and send more than 400 signals to the system.

Wheelie is made primarily for people who lack the ability to move their body below their face or neck, and it can recognize up to 10 facial expressions — like a wrinkled nose or brow, a kiss, a wink, or raised eyebrows. 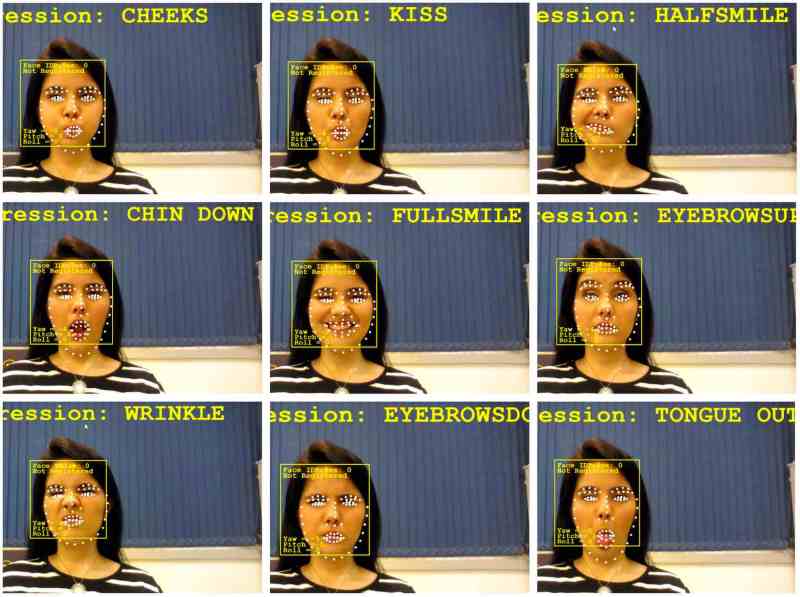 Each user can decide which expression they prefer as a signal to move forward, backward, right, or left.

“Most of our users like to use a kiss to move forward because it’s a positive expression and it’s easy to remember. Most of them like to use tongue out to go backward,” he said. “But to stop, they prefer to use a smile, so it can be a shy smile, full smile, half-smile … I don’t know why, but they like to use a smile to stop the wheelchair,” Pinheiro said.

Other wheelchairs have been made for people without the ability to move their body below their face or neck, but these have often involved the use of sensors applied to a person’s body.

The initial findings and plans for the future of Wheelie were shared today, which is International Day of Persons with Disabilities and the first day of the NeurIPS conference in Montreal.

The facial expression recognition system and sensors to detect things like spasms and delirium are also being used in trials at Albert Einstein Hospital in São Paulo, Pinheiro said.

In addition to use of the RealSense camera, Wheelie relies on OpenVINO computer vision toolkit and Core processors. Hoobox has received support from the Intel AI for Social Good initiative.

Created in April, the AI for Social Good initiative at Intel seeks to support startups and projects looking to solve a variety of problems. Thus far, the initiative has supported historical preservation efforts for the Great Wall of China, and it is participating in a competition between Microsoft and Tencent to see who can most efficiently grow cucumbers in automated greenhouses.

“The National Spinal Cord Injury Statistics Center says there are approximately 288,000 people in the U.S. living with spinal cord injuries and about 17,700 new cases every year. And different studies have shown that physical mobility can have the largest impact on the quality of life for people with these injuries. And they often rely on motorized wheelchairs or caregivers to move them around,” Intel AI for social good lead Anna Bethke told VentureBeat in a phone interview.

Automated wheelchairs made their debut this summer in Japan and Singapore, while Ming Liu from Hong Kong University and the IEEE Robotics and Automation Society is working on ways to modify existing motorized wheelchairs to travel in more rugged environments. Using a series of sensors and computer vision, Liu’s lab has made systems that can automatically climb stairs.

A number of startups and companies with backgrounds in robotics are also attempting to make exoskeletons to help people become more mobile.